In January, then-US Defense Secretary Leon Panetta lifted the ban on women in combat. Each service branch was supposed to have developed a plan for putting women into combat by May 15; they say they have, but as of this writing no details had been revealed. I’m anxiously waiting to see how this takes shape. Not because I yearn to sign up (I’d miss my husband and toddler!) but because I am a passionate believer in the right of women to serve in the infantry, providing they are physically up to it.

At a guess, lots of other fantasy authors share this belief with me. I’m basing my guess on the growing number of them who build equal opportunities for men and women into their worlds. Women soldiers, women bodyguards, women pirates, women mercenaries, women gang leaders. Women kicking a**, women pulverizing monsters, women trouncing mighty-thewed males. I guess it’s the backlash to the backlash? Or maybe there’s a subset of male authors (the authors who do this tend to be male) who like the idea of indomitable women warriors so much that they just can’t help themselves.

It always messes with my suspension of disbelief. According to the San Diego Center for Health,

Men on average have a 20 percent to 25 percent higher lung capacity than females; women have 30 percent less maximal cardiac output. The average female will be 10 percent smaller, 25 pounds lighter, have 8 percent to 10 percent more body fat, and less dense bones.

Even selecting for the creme de la creme, even assuming that women soldiers are all elite athletes, their male counterparts are going to have a physical edge you can’t wish away.(1) 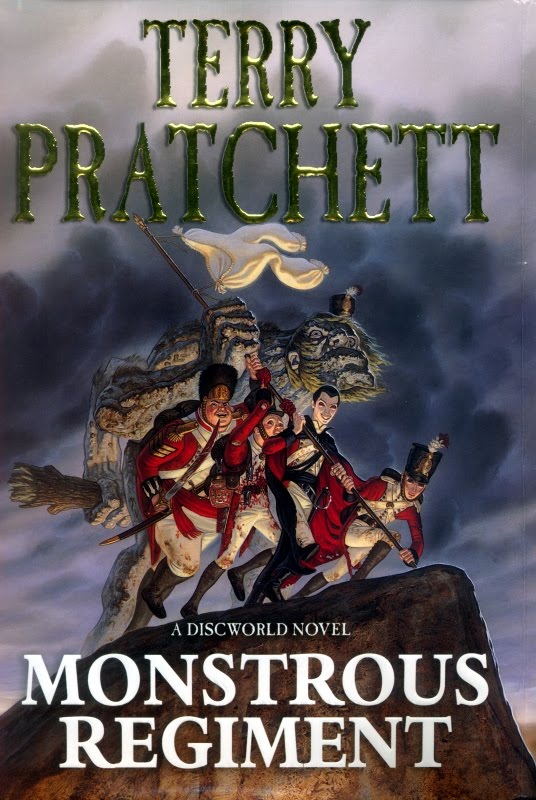 That doesn’t particularly matter in today’s heavily mechanized and automated armies. It doesn’t matter enough anyway, to justify keeping women out of combat. But in fantasy worlds? Without guns, Humvees, or C130s? It’s hard to think of any rationale for a commander to select women over men, unless she happens to be Jackrum.

Still and all, you can handwave around that. Posit that every woman in your fictional army is a cross between Serena Williams and Yawara-chan, and I can’t say “No, they’re not!” ‘Cos maybe they are.

The real reason I don’t buy women soldiers in fantasy is the economics.

Fantasy worlds do not tend to have washing machines, combine harvesters, supermarkets, or refrigerators. Keeping people fed and clothed under pre-industrial conditions is labor-intensive. Our own not-so-distant history suggests it requires the labor of all the women and most of the men, except for a tiny elite of both sexes, all the time. And then there’s the little matter of the next generation. In a society without modern medicine, the birth rate needs to be sky-high just to keep the population steady. It’s hard to imagine how any significant number of women could be spared from these vital tasks, except for ideological reasons in a society that is violently breaking itself to remake itself, such as Maoist China (pre-industrial in the remoter regions then).

Ideology, I conclude, is what drives authors to retrofit equal opportunities into their fantasy worlds. They’re welding their own ideas about how things ought to be onto otherwise well-thought out worlds. And that’s a damn shame.

Ideology has no place in fiction. The created world is its own thing: it must make organic sense, obeying the laws of narrative plausibility, just as a house must conform to the laws of stress and strain or else fall down. One could of course design a whole fantasy world around the concept of equal opportunities for the sexes, and authors have, but what I more often see in practice is ideology wedged in at an oblique angle, like a bad eyebrow piercing.

Shall we agree that the beauty of fantasy is precisely that it need not conform to real-world ideologies? That it can offer an escape from them–an escape which is harder to find than ever in our ideologically saturated age?

Women should serve in the US infantry.

Not in medieval fantasy armies.

1. The usual counter-argument here is, “But it’s fantasy! It’s all about wish-fulfillment!” I guess this works for some people but it leaves me cold. Precisely because it’s fantasy, the realistic bits need to be realistic.