Though I’m normally enthusing about my love of SF TV entertainment, today I’m going off on a tangent and revealing my other love; computer games. My favourite, and by far the most played, is the Mass Effect Trilogy. Mass Effect 3 has already ended and you may be scouring the web for any hint of the new title to be developed in the same universe. However, whilst you’re waiting for Bioware to indulge us in news, here’s some good reasons to return for another play-through.

Have you really pushed yourself to the limit with ME3? If you’ve played through as a veteran, then it’s time to up the anti. In a practical sense, Hardcore and Insanity aren’t very different from one another, and if you’ve done the former, the latter’s not hard. However, completing on Insanity does give you a nice extra medal award. 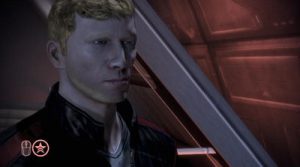 One of the great things about ME is the ability to tailor your Shepard. Make your lead male, female, straight, gay, renegade or paragon. Make different choices, take different conversations. It might not necessarily change the outcome, but it sure opens up some new, funny and exposing conversations as you journey to save the universe.

Mass Effect 3 was quickly followed by several DLC’s, including Leviathan and Retake Omega. I’ll take any excuse to get back into the game, but extra content’s certainly a lure. Plus, with Aria and the female Turian Nyreen becoming squad-mates as you fight for Omega, this one’s a winner.

Thought you knew everything about this ancient race? Think again. Download the Prothean DLC, rescue Javik from his stasis pod and you’ll realise that there’s A LOT we’ve taken for granted. Bioware have done a great twist with Javik, and if you play through with him as a squad-mate, he’ll add an entirely new angle to the universe. 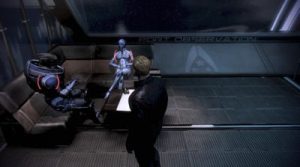 In Mass Effect 1 and 2 you always knew where to find your crew members, but in ME3 they move around the ship after each mission. Clicking the spacebar on them will reveal new conversations with Shepard and other members of the crew. Keep clicking so you don’t miss out new information – you might even discover just how Liara keeps her ‘tentacles’ in place. 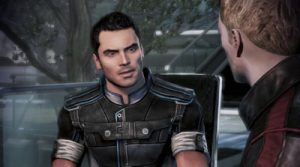 The first time I played through ME3 it was a rush; I couldn’t hold myself back, I wanted to know what happened. The second time I took more time as I realised that I’d missed several key characters because I’d acted out my duties in the wrong order. The third time I thought I couldn’t possibly discover anything more, and then I found out I’d entirely missed Kasumi’s side quest and Liara’s father was revealed. Play again and again, there’s lots more to find!

The universe might be brutal, but there was always one cute fluffy thing on the Normandy and that was the hamster. But, what happened to Shepard’s pet? If you pop down to Jack’s old hideout, you might just be able to find this space faring rodent once again. 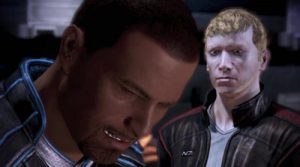 Another great thing about ME is the ability to woo your squad-mates. In the final game, there’s plenty of opportunity to get up close and personal with a range of people, aliens and human. Fallen for Tali? Think Diana’s curves need to be freed from that ridiculously tight skirt? Or, perhaps it’s time to help Cortez deal with the loss of his husband. Another play-through’s the ideal time to fall in love all over again.

9. Decide Upon a New Fate

There are four endings to Mass Effect 3, and though you might’ve watched them on YouTube, there’s nothing like actually experiencing them yourself after a long and thrilling journey. Whether you decide to destroy the reapers or think synthesis is a better option, changing your final decision offers a new and huge reward.

I can’t believe that I dithered all those years ago about buying ME1. It was on offer at £10 but I knew nothing about it. I was bored, had work to do, but downloaded it on a whim. Now I’m hooked….to the point of owning several character models. Playing through again is not just a chance to kill a couple of hours, but to enjoy the incredible universe of Mass Effect and all that it offers.