I remember being uncomfortable about the “psionics” in Dungeons and Dragons back when I was a kid.  Psychic powers seemed more appropriate in science fiction than fantasy.  I mean, we had Mr. Spock’s mind meld in Star Trek, Jedi mind tricks in Star Wars, and telepathy in X-Men.  Fantasy was for, well, dungeons and dragons, wizards and magic.  But in fact, psychics in the real world are totally fantasy.

Unfortunately, some people find the concept of psychic powers to be more than plausible.  They believe in them, and believe in people who claim to have them, giving them money and power over their very souls.

When fantasy is given such power, I have a different term.  I call it old-fashioned charlatanism.

Our species has celebrated such liars for centuries, if not forever.  Since the rise of science and technology, however, we now have powerful communications media to let them reach wider and wider audiences that are more desperate and more gullible than is healthy around such unscrupulous hucksters.

What recently sparked this train of thought again were the shocking events in Cleveland, Ohio, and the rescue of three young women released from a decade of captivity.  One of them, Amanda Berry, was the subject of a prognostication by self-proclaimed psychic Sylvia Browne on the Montel Williams Show back in 2006.  Browne, using her psychic powers, told the girl’s mother that she was dead, and the mother died a couple of years later believing that.

This is terrible and disgusting, but it gets worse.  She’s done this before, falsely telling parents that a missing boy was dead, when he was later found alive.

This is a morally ugly and terrible thing to do to people.  She causes pain to people, lies to people, and makes the world a worse place, by pretending that cold reading tactics and guesses are actual psychic powers.

She’s not the only one.  TV shows, networks, and publishers have a reprehensible track record of giving these people a platform and audience.  Jonathan Edward’s show Crossing Over on the SciFi Channel and more recently Long Island Medium are a couple of other prominent examples of these modern con artists who exploit desperate, grieving people.  We should not enable these evil predators.  Sylvia Browne and her ilk are vultures. 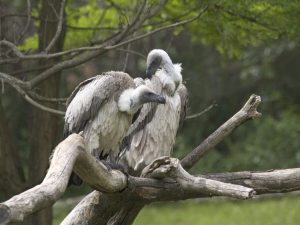 I’m tired of the effort to actively ignore these blights on our society.  I respect the rights of people to believe what they want, but I don’t respect all those beliefs.  I couldn’t be a moral, scientific, logical person and do otherwise.  Let me let James Randi spell it out in this video:

Think about this vulture making obscene amounts of money exploiting desperate, emotional people with missing children or other deeply held concerns.  Think about a mother dying thinking her daughter was dead based of unsupported claims of psychic powers when that daughter would someday escape to her freedom.  Miss Cleo was a psychic joke that law enforcement took down, but there are more that they should not only stop working with, but denounce and even prosecute when the opportunity arises.

This is not the first time Sylvia Browne has mistakenly told parents that their missing child was dead, but it ought to be the last.