They’ve really done it now. It’s over. First George Lucas sold Luke, Obi Wan, Princess Leia, Han and all the others into eternal indentured servitude on the Disney Plantation. Lucas, once a man with ideas and at least a Saturday matinee kind of vision, had finally run out of steam and decided it was time to sell the farm. In one of the biggest Hollywood deals in history he sold the Star Wars franchise for a cool $4.05 billion. 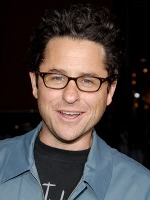 That was cause for alarm in itself. The warning bells started going off. What would become of the Star Wars franchise once it was in Disney’s hands? What kind of SW films would be forthcoming? Was it the end of the film series we all grew up with? What would future movies look like?

Some of us had concerns. In my blog I wrote that the deal was essentially a victory for the Empire. The rebellion had finally been crushed. But among a lot of the Star Wars faithful there was hope that good things might come of this deal.

That hope got a little shakier when it was reported in the media Jan. 24 that Disney Studios has decided on J. J. Abrams to direct the first of the new SW films. Oh, my. J.J. Abrams. Not Kerry Conran (Sky Captain and the World of Tomorrow). Not Zach Snyder (300). Not Mark Webb (The Amazing Spiderman). Not even Joss Whedon (The Avengers).

Some of them may have been too busy to have taken the job, if they were asked. But according to the report in The Wrap, none of them seem have even been considered for the job. The only other name that was under consideration was—get ready—Ben Affleck. Now that’s the first name I would have thought of to direct a major space opera epic.

I suppose Abrams has his fans. He rebooted Star Trek and directed Cloverfield, Super 8 and Mission Impossible III, and those films did well at the box office. But to me the rebooted Star Trek seemed like an over-produced juvenile version of the original film. Kind of like those Saturday morning cartoons they had a while back that featured Bugs Bunny, Porky, and Daffy’s kids.  Cloverfield was a Blair Witch version of War of the Worlds. Not very original. And Super 8 was an “homage” to Steven Spielberg with lots of lens flares, which is apparently Abrams’ trademark.

Abrams other efforts were in television as creator of Fringe, Lost, and Alias. These had appeal for those who do nothing but spend hours of their time watching television week after week, following stories that went in circles and wound up nowhere.

So, now Abrams, a mediocre director who has contributed nothing new to the science fiction film genre (only shuffled bits and pieces of it around) gets to take a whack at Star Wars. The Rebellion is truly over. I won’t even say I feel a disturbance in the force. The force is history.

The Clubhouse: Five words every fan should know

The Speed of Science

Confused. Non-logical. But it does have duct tape.

Timothee is a story of a humanoid boy trying to navigate life in the northern part of Nigeria as he finds himself in a series of misfortunate events that come as a result of his past.

The Visionary World of Paul Lehr