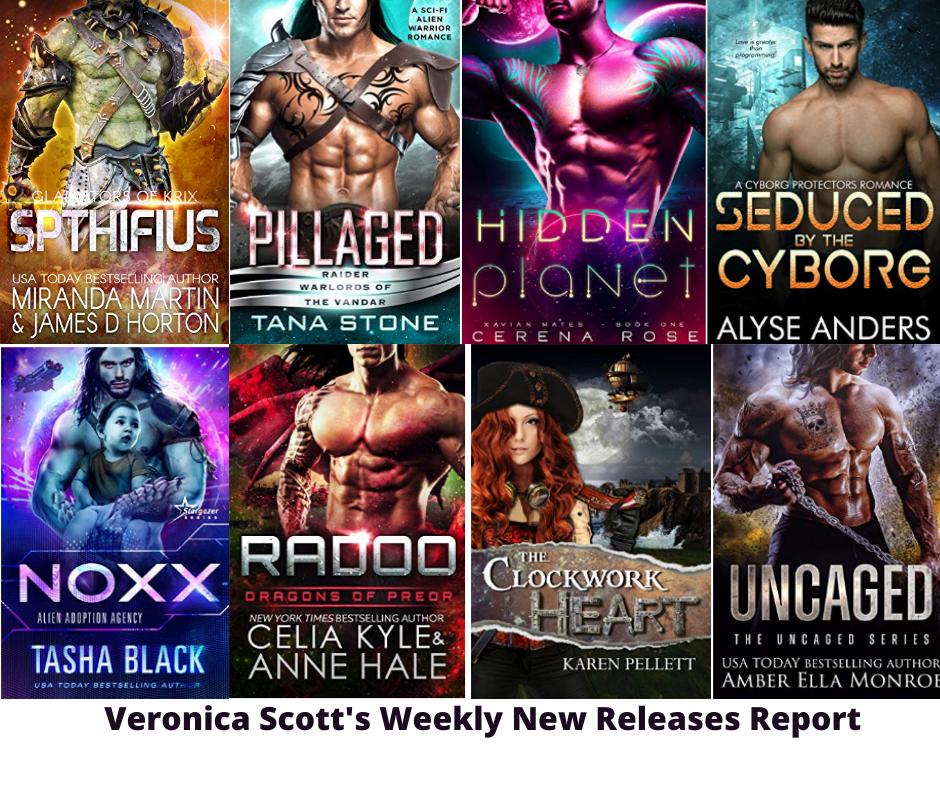 Here’s a teaser for this week’s first three books (jump to the blog to see the approximately 65+ titles featured this week): 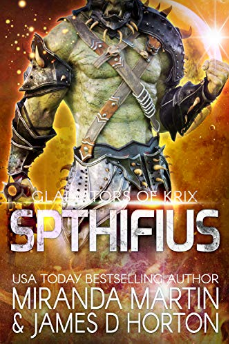 VS Note: A spinoff from her very successful Red Dragons of Tajss series…

Savannah – I was kidnapped by alien space pirates and sold to the highest bidder. Forced into slavery along with the other Human refugees. Life on Krix is dangerous and hard. Our Krix masters see us as pawns at best. Using or abusing us to fit their whims. They only really care about their gladiators. The alien warriors that will bring House Batius glory in the arena. I thought I would do anything to be free. At least I did until one of the other survivors, Kiara who was a space marine on the ship, came to me with her idea. She pushes me to cozy up to one of the gladiators. He claims he knows how to contact the Free Movement but he has a price. Kiara wants me to get close to this massive, green warrior but he’s the worst of them. Loud, arrogant, full of himself, and demanding. Grade A alpha-hole. He’s the stereotypical bad boy but with green skin and tusks thrown in for weird measure. I should hate him. So why does my heart speed up and butterflies dance in my stomach when he looks at me?

Spthifius – I live my life by two rules. One: Take what you want or have it taken from you. Two: Don’t let anyone close. You let them in, then they can hurt you. Simple rules that make my life work. They’ve kept me alive for years. But then Savannah arrived. I want her from the very moment I lay eyes on her. I know I can’t let myself have her though. I know that one night with the lush human beauty and both my rules will be broken. One night and I’ll lose everything. But when Dominus offers Savannah as a prize for any of the Gladiators to win and use… I’ll break every rule in the galaxy to make sure she’s no one else’s but mine. 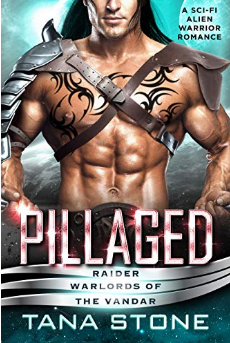 PILLAGED (RAIDER WARLORDS OF THE VANDAR BOOK 3) by Tana Stone

I was promised against my will to an imperial general. . .so I escaped. Right into the arms of an even more ruthless Vandar warlord. I’d thought things had been bad when I’d been ordered to marry the repulsive Zagrath general. But then I’d been captured by the empire’s most deadly enemy–the Vandar raiders. With their battle kilts and tails, the raiders are known for being fierce warriors who never take prisoners. Until now. The fear I feel when I’m taken by the menacing Vandar warlord is confirmed when I discover why he treats me like an honored guest. Taking the general’s bride is one thing, but to strike the most personal blow the Vandar must claim me as his, taking me to his bed until his mating marks appear on my skin and mark me as his true mate. But he has no intention of forcing me. He wants to make a deal—become his willingly and I will get what I’ve always wanted—my freedom from a loveless, arranged marriage. Can I agree to a deal with the darkly dominant warlord who stokes both my fear and desire? Even if being claimed by the Vandar is only revenge for him and freedom for me, will my heart remain untouched as he pillages my body? And will the general give me up so easily, or will he come for both of us with all the firepower of the empire? 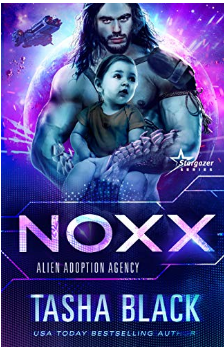 VS Note: A new series from Tasha!

At least, that’s what Luna believes when she boards a rickety space craft headed for a frontier moon to meet the child she will raise in exchange for 100 acres of land and a modest stipend. But she doesn’t count on the dangerous animals, the short but lonely nights, or the big blue warrior who informs her he is on permanent security duty for the baby.

Noxx is a proud dragon warrior of the Invicta, dedicated to use his strength, strategy and endurance to protect his homeland. When his commander assigns him guard duty for a baby, he resents the interruption of his career. It’s bad enough that he’s starting to bond with the little whelp, but the instant he sees the child’s adoptive mother, he knows she is his fated mate. Noxx will have to deny his desperate craving for the dark-haired beauty if he wants to hold on to his chance at redemption. When a last-minute trek through the forest of Clotho gets them entangled in a dangerous battle, Luna will have to learn to trust the hunky blue warrior. But can the dragon let go of his duty long enough to let himself love someone, and be loved in return?