A taste of 90 new releases for this week. 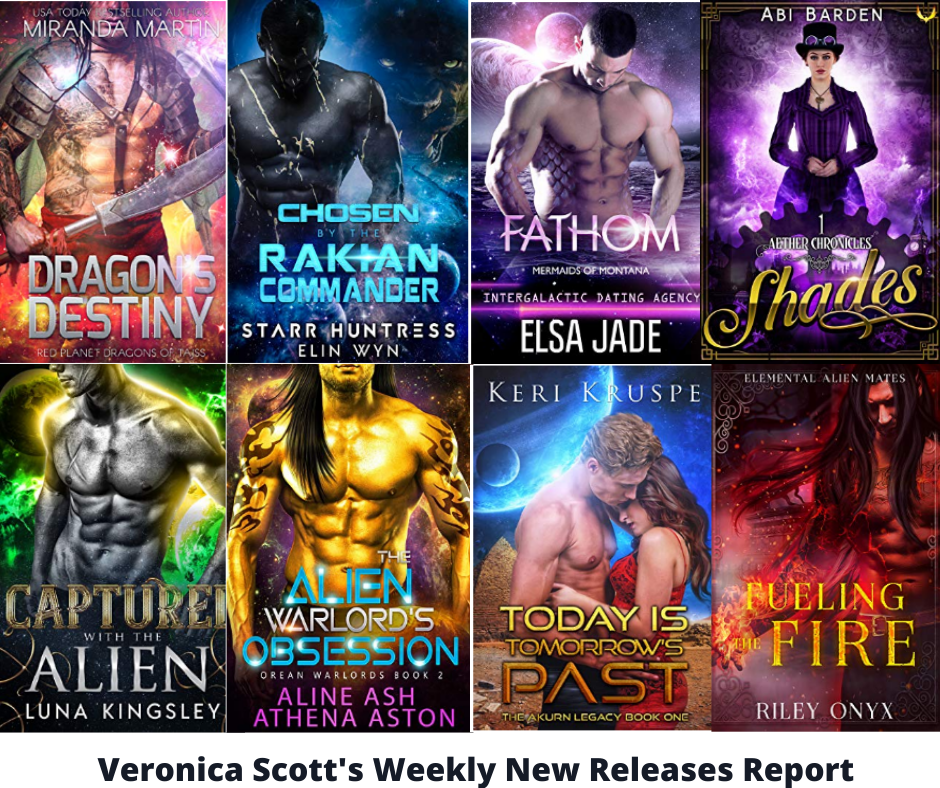 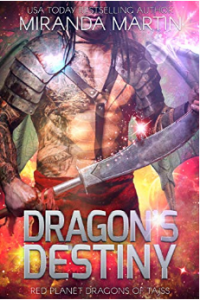 I’ve been searching for my mate. For my destiny. For the female who is somewhere on Tajss…Khabri – The Zmaj race was dying when humans crashed landed on our planet. Since the moment their coming was revealed to the Order, I’ve known that one of the females is my mate. My treasure. All I want is her and the beautiful, perfect babies we will have together. When at long last I find her, there can be no mistaking our connection. My dragon roars with possessive need and the claim is made. Except she has other ideas. She doesn’t believe in destiny and says she isn’t interested in making babies with me. The Invaders are threatening all of Tajss, thrusting her peoples into war. I must survive these battles if I am to have a chance at winning the one that matters. The war for Anna’s heart.

Anna – My village has been overrun by four-armed invaders and we’ve all been forced to flee towards the city.

We’re struggling to survive pursuit over the grueling desert sands of Tajss when a crazy, overly muscled, overly sexy, and overly direct alien dragon-man shows up and tells me I’m his fated mate and we’re going to make beautiful babies. I don’t think so. Except he is sexy. And kind. And protective. And he might be the only hope I have of living. Can I put my past beliefs behind me, navigate a war and deal with losing my heart all at the same time? 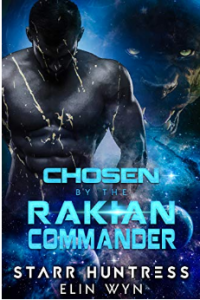 Suppressing the rebellion on Crucible should have been just another mission for Commander Nic Vistuv and the men of his unit. But lies and misinformation plague their mission from the beginning. The only way out of their predicament may lie in the form of a bribe, but this bribe is different. It’s wrapped in the body of a young healer, battle-scarred and broken by a deep betrayal.  And her touch is enough to bring him to very edge of control. As secrets unravel and enemies draw nearer, Adena may be the key to understanding the truth of Crucible.