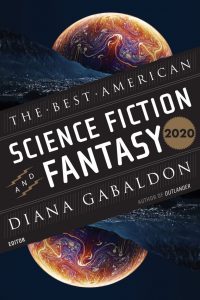 John Joseph Adams, publisher of Lightspeed, Nightmare and Fantasy magazines, along with guest editor Diana Gabaldon, just released the table of contents for The Best American Science Fiction and Fantasy 2020, and they’ve included Somtow’s story in the line up!

We’re very proud to have originally published this story – we knew it was something special when it came through the transom – and we congratulate Somtow on a triumphant return to publication!

Over the past two years, Amazing Stories itself has won a Best Magazine of the Year award and its authors have been nominated for numerous and won Rhysling awards.  The selection of Somtow’s story for an important annual anthology represents another milestone for the magazine.

Meet Hippocamp, “The Moon That Shouldn’t Be There”

The Clubhouse; Conference Review: A Festival for Genre Writers