The Mythological Moorings of Alchemy of Glass 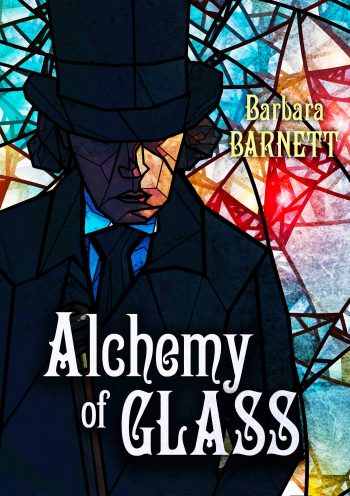 Alchemy of Glass, like the first book, the Bram Stoker Award-nominated Apothecary’s Curse, is a genre-bending historical/urban fantasy with its heart in Victorian literature, brain in present-day Chicago, soul in mythological tales and ballads of the British Isles.

The hero of both novels, Gaelan Erceldoune is the descendant of a character out of British legend called Thomas the Rhymer (AKA True Thomas, AKA Lord Thomas Learmont de Ercildoune). Thomas has quite a story behind him. There’s the legend and ballad, and there is the real person who lived during the thirteenth century in the Borders area of Scotland. He was said to have been a confederate of William Wallace during the Scottish war against the English. Gaelan Erceldoune was born in the late sixteenth century, some three hundred years after Thomas lived.

The Rhymer’s legend goes that Thomas met the Queen of Elfenland and was quite smitten with her. As the ballad continues, Thomas is taken to Elfenland to be the Queen’s consort for seven years, finally returned to his home. (The Eildon hills are in the Scottish Borders region.) Thomas’s gift for prophecy was said to be genuine, and several of his predictions came true, including his prediction that the English and Scottish kingdoms would someday be united under a Scottish king (James VI of Scotland became James I of the United Kingdom at the beginning of the 17 Century, although James’s part in Gaelan Erceldoune’s life was to tragic effect.) Some say that Thomas returned to his home as an immortal, akin to Merlin, and he dwells still beneath the hills at Eildon.

This mystical, magical area of the Borders is one of the main settings of Alchemy of Glass, and the pursuit of an immortal Thomas the Rhymer—and his experience with the fairy folk—fuels Sir Arthur Conan Doyle’s journey to a place of much significance in Alchemy

But who were the posited fairy folk who took in the Rhymer and so intrigued Conan Doyle? Alchemy of Glass explores that question in what I hope is a unique way. 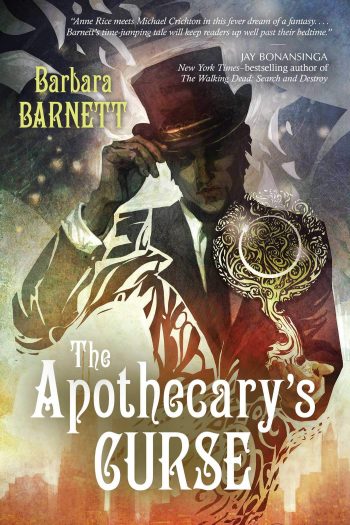 The part of their legend that most drew me was the conflict between Dian Cecht and Airmid. During a particular war, the story goes, a warrior called Nuada—a strong leader destined to be king—lost his hand in battle. Dian replaced the severed hand with a silver hand (if this sounds a little like Jaime Lannister’s fate, I have to wonder if George R.R. Martin was also drawn to this story!). Airmid, who was said to have the healing cures, medicines and herbs for all time woven into her cloak, intervened and with her skills as a healer replaced the silver hand with one of flesh and bone in defiance of her father. Dian Cecht, it is told, grew so furious of Airmid’s insolence he took her cloak and shook it so all the cures and healing things were scattered far and wide into the four winds, never again to be found.

Thinking about this, I had to wonder if she didn’t make some sort of a backup copy. And so was born in Apothecary’s Curse the idea of the lavishly illuminated book of healing, which finds its way from Airmid, who (in my imagination was the Elf who kidnapped Thomas the Rhymer) into Thomas’s hands and eventually into Gaelan’s several centuries later.

The legend and the reality of these fascinating folk, particularly the tension between Airmid and her father at a significant point in their history really intrigued me and I enjoyed playing with their mythology to create a fictional backstory for Gaelan’s amazing book of healing, inherited from Thomas.

Alchemy of Glass further explores the healing book in much greater depth, as well as the “real” (well in my imagination) story behind the Tuatha de Dannan.

Alchemy of Glass is not so much about the magic of the fairies (or the fairies themselves), but is a blend of good hard science with a bit of a supernatural glow and hearty dose of late Regency-era history.

Here’s a bit of teaser for Alchemy of Glass; I hope it intrigues you enough to take a closer look!!

In the catacombs of an ancient ruined monastery, hidden away in the Eildon Hills of Scotland, a land of myth and mystery–the place where immortal apothecary Gaelan Erceldoune found sanctuary as a lad– Gaelan discovers a journal, apparently written by his old friend Sir Arthur Conan Doyle, chronicling an adventure into the Otherworld, a land of fairy castles and filigree trees hung with Spanish moss.

Falling from the journal’s pages, a small piece of glass, which Gaelan recognizes as a fragment long missing from a stained glass panel he’d created a century earlier. When the opalescent glass seems to come alive in his hand, Gaelan is suddenly thrust into strange world far from the fantastical dreamscape Conan Doyle describes.

Alchemy of Glass weaves a tale magical as spun glass and terrifying as a shattered mirror, drawing upon cutting edge science and the most ancient of Celtic mythology, intertwining the magic of fairy lore and the harsh reality of difficult choices, returning us to the world of Gaelan Erceldoune as his past, present and future collide.

Barbara Barnett is the author of three  books,  including  the award-winning The Apothecary’s Curse, a finalist for the prestigious Bram Stoker Award for a debut novel. She is publisher and executive editor of Blog- critics (blogcritics.org), an Internet maga- zine of pop culture, politics, and more, for which she has also contributed nearly 1,000 essays, reviews, and interviews over the past decade. Always a pop-culture and sci-fi geek, Barbara was raised on a steady diet of TV (and TV dinners), but she always found her way to fiction’s tragic anti- heroes and misunderstood champions, whether on TV, in the movies, or in literature. (In other words, Spock, not Kirk; Han Solo, not Luke Skywalker!) Her first  book,  Chasing  Zebras:  The  Unofficial  Guide  to House, M.D. (ECW Press), reflects her passion for these Byronic heroes, and it was inevitable that she would have to someday create one of her own in Gaelan Erceldoune, hero of both The Apothecary’s Curse and The Alchemy of Glass.

She is an accomplished speaker, an annual favorite at MENSA’s HalloweeM convention, where she has spoken to standing-room crowds on subjects as diverse as “The Byronic Hero in Pop Culture,” “The Many Faces of Sherlock Holmes,” “The Hidden History of Science Fiction,” “Our Passion for Disaster (Movies),” and “The Conan Doyle Conundrum.”

A lifelong resident of the Chicago area, she lives in a Victorian coach house with her husband, Phil, and their border collie–Aussie, Semra, on a bluff along the Lake Michigan shore, an area that serves as the modern-day setting for both Apothecary novels. She is the proud mother of Shoshanna (Mike) and Adam, and the loving savta of Ari and Meital.