You’ve probably got time to get hot and bothered now! 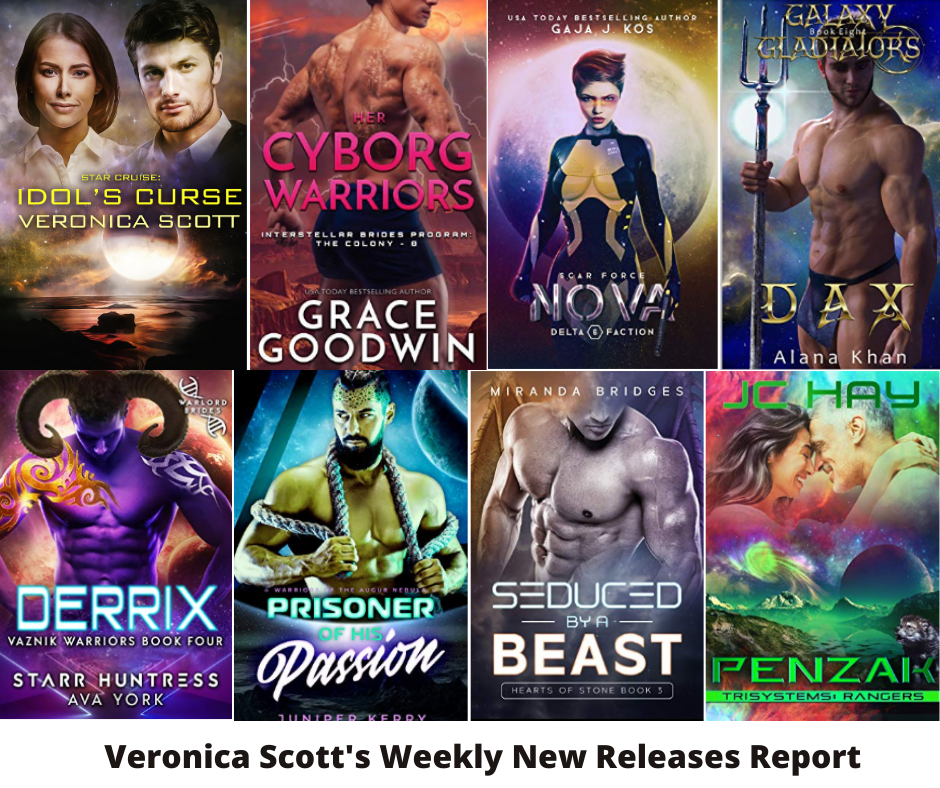 First, sending my best wishes for you and those you love to be doing okay in this time of the pandemic crisis… 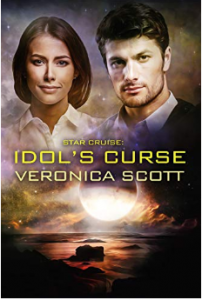 VS Note: This is a re-release of the 42,000+ word novel I included in the Pets in Space® 4 anthology, which is no longer available. No revisions or additions have been made to the original novel for this re-release but I have also now included a 4,000 word prequel story Butterfly Hair, in which the interstellar diva Azlaya arrives on board the Nebula Zephyr cruise liner. This short story was a free reader magnet originally available only in the time before the anthology was published.

Juli Shaeffer, the Nebula Zephyr’s cruise director, receives a mysterious bequest from the estate of a longtime passenger – a lump of rock taken from a reef on the planet Tahumaroa. Legend states anyone who steals from the ocean gods will be cursed. The passenger’s will requests the rock be returned to the beach so his heirs won’t be affected by the bad luck he believed he’d incurred. Juli doesn’t believe in superstitions and she agrees to carry out this small favor on the ship’s next stop at the planet in question.

Until the rock disappears from her office…When the rock disappears and reappears in various locations around the ship, and seems connected to a steadily escalating series of mishaps, Juli turns to Third Officer Steve Aureli as the only one she feels she can trust. Along with Steve and his elderly Aunt Dian – a passenger aboard the Nebula Zephyr for this cruise – she investigates the strange series of malfunctions plaguing the interstellar luxury liner. Steve and Juli enlist his Aunt Dian’s dog, Charrli, a retired Sectors Z Corps canine, to help them track the missing rock as it moves about the ship.

Juli and Steve must find the rock, hang onto it and transport it to the planet’s surface, before the alien idol’s curse turns deadly. The attraction between the two of them grows as the threat to Juli becomes more and more focused. Can she carry out her task while he keeps her safe from the alien curse? Will the capricious alien idol bring them good fortune…or disaster? 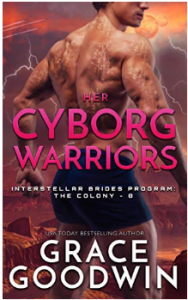 VS Note: I enjoy the Colony series…

Professional surfer Mikki Tanaka didn’t want to leave her beloved Hawaii, the ocean waves, or the vibrant sea life she’s worked so hard to protect. But her protests and aggressive tactics didn’t mesh with the law and she’s found herself behind bars. Her choice? Ten years in jail or life as an Interstellar Bride. Never one to shy away from adventure, she decides to take her chances in the stars—with not one, but two sexy-as-hell alpha warriors on The Colony.

Surnen, a Prillon Warrior and trusted doctor, has been waiting for a bride for years. Banished to The Colony, he’s given up all hope, until a black-haired Earth beauty instantly steals his heart and his breath. But the highly disciplined doctor likes protocols and control, in bed and out of it. His second and an equally ruthless warrior, Captain Trax, agrees. Unfortunately, their new mate has a wild streak, a thirst for danger, and an appetite for violence that both shocks and thrills them. When her penchant for stirring up trouble brings danger to The Colony, they’ll stop at nothing to save her. Nothing at all. 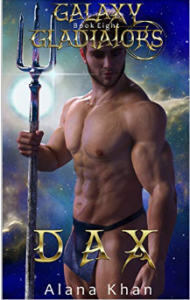 Aliens abducted Dahlia from Earth mere months before her scheduled marriage to her childhood sweetheart. Dax declared she owns his heart in front of a ship full of rowdy gladiators, but can she accept his love? Dax is the biggest, baddest male on a vessel full of escaped gladiator slaves. The little Earth female was thrown into his cell and they were forced to mate. He fell hard for her courage, strength, and delightful body. He tries everything to convince her he’d be a good mate, but it isn’t until they’re forced together in a chamber of horrors that she sees Dax for the loving, protective male he’s always been.

“The Alien Adoption Agency has selected her to adopt adorable baby Rio. And baby Rio comes with Rexx, a handsome Invicta warrior guard…” start your weekend with some steamy adventures!

RETRO: OF MOSCON AND HEINLEIN AND VERNA

Everything Old is New Again