As the year turns, so does the anime season. Up ahead, here’s what the anime world is bringing to sf in January. As always, click through on the titles to get to the official sites, with promo videos and more. 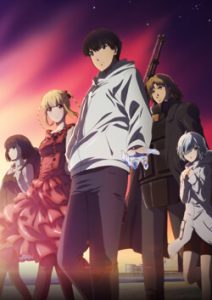 The premise: A young man tries out a mysterious app only to find that he’s joined a game where he is granted new powers, but the only way to win the game is to kill other players for real.

The buzz: Believe it or not, “survival game” is a genre in anime, though it doesn’t usually cross over into sf. Though this is well-trodden ground, the manga reportedly doesn’t suck. 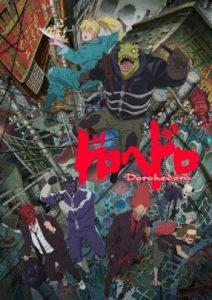 The premise: A magic-immune lizardman hunts evil wizards while trying to find the one who transformed him from his original human form.

The buzz: In addition to fantasy, this is also reportedly horror and comedy. An interesting mix, but it’s already been eaten by Netflix, so who knows when we’ll actually get to see it. 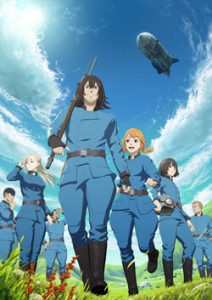 The premise: The crew of an airship hunt dragons, which are not only lucrative but extremely tasty.

The buzz: Whether you like this is likely to depend on how you feel about (1) steampunk and (2) whaling. Oh, and (3) whether you can sustain your interest for as long as Netflix sits on it before letting you watch it. 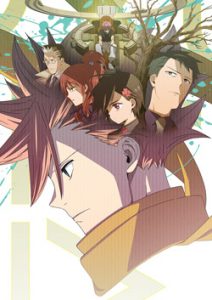 The premise: A master detective enters a virtual world built from the collective unconscious to solve a murder.

The buzz: Looks really cool… in the sort of way that could tip over into a horrible mess. 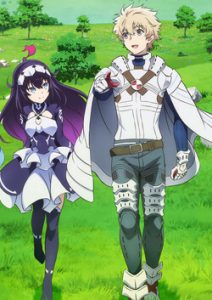 The premise: In the year 2045, a college freshman tries out the hit virtual-reality RPG that he waited until finishing high school to play.

The buzz: Nothing original here, but at least the hero isn’t a terrible person like a the ones in lot of fantasy-RPG-based shows have been lately. 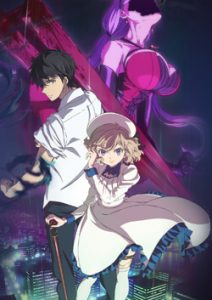 The premise: A young woman who traded an eye and a leg to be the mediator between humans and spirits pulls her crush into solving supernatural cases… except for some reason the spirits are terrified of him.

The buzz: No one has anything bad to say about the manga, so this should be a good one. 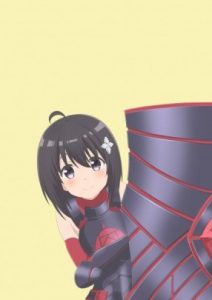 Itai no wa Iya nano de Bōgyoryoku ni Kyokufuri Shitai to Omoimasu. (I Hate Pain, So I’d Like to Focus on Defense.)

The premise: A teenage girl is talked into trying a virtual-reality MMO, but she’s so nervous about pain that she builds a character with nothing but defense.

The buzz: This is pretty much a standard issue teens-play-RPG-and-make-friends story with a few bits moved around. Probably nothing great, but nothing terrible either. 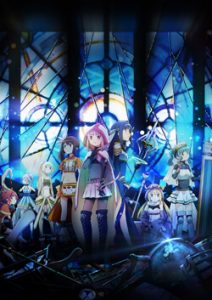 The premise: A mysterious town draws in magical girls from all over, including one looking for her lost sister and another trying to save her best friend.

The buzz: The original Madoka Magica left some big shoes to fill, and video game adaptations rarely go well. But the game is reportedly pretty good, so maybe? 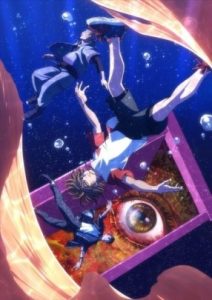 The premise: People with the power to psychically manipulate memories are in high demand in the criminal underworld, but the power gradually damages the person using it as well as the victims.

The buzz: This is our second very weird-looking mind-bending show of the season, and once again, it’s a premise with a high risk of going completely off the rails. 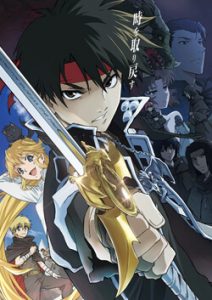 The premise: A wizard school dropout working as a freelancer looks for a childhood friend, only to find her horribly transformed.

The buzz: This is a re-adaptation for the 25th anniversary of the series, and boy does it look very, very ’90s. Anniversary reboots are a mixed bag, but something that predates the current batch of overused light-novel tropes might be interesting. 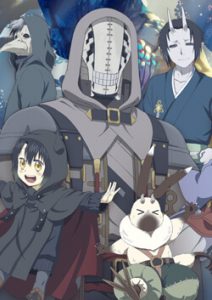 Somali and the Forest Spirit

The premise: In a world where humans have been persecuted to near-extinction, a golem near the end of its lifespan helps a little girl search for her parents.

The buzz: If it is half as beautiful and heartwarming as the source manga, this should be a huge hit. 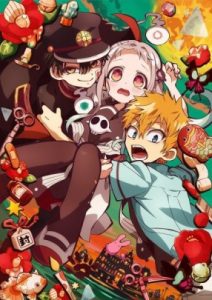 The premise: The spirit of a former student who haunts a school toilet stall (a common urban legend in Japan) turns out to be male (not part of the standard legend).

The buzz: Another show where the manga has a terrific reputation.

Not a very long list this season (anime is still big into school club and sports shows right now, with idol shows making a comeback), but there’s a lot of potential here.  If I had to pick favorites, I’d say I’m most looking forward to In/Spectre and ID: Invaded right now. How about you?