Steve takes time to share a bit of a reminisce, a comment on M. R. Kowal’s award-winning series and favored childhoom memories: “Why, oh why can”t I be living in that alternate timeline?”

I’m now about half-way through The Fated Sky, the sequel to The Calculating Stars.  It takes us to 1961 in the alternate history and aboard the first manned expedition to Mars. 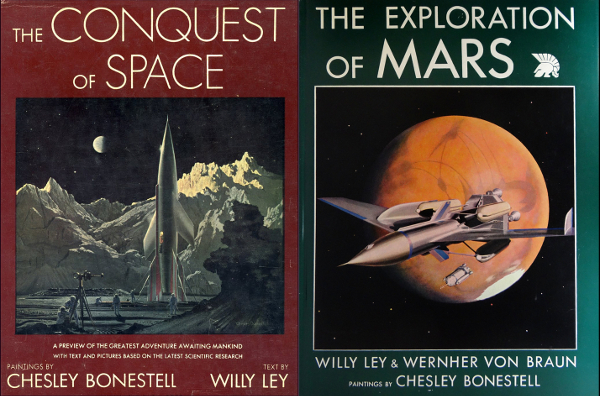 They’re great books, detailing the exploration of the solar system as envisaged by von Braun’s staged and steadily building upon itself proposal – orbital flights to space station to Moon base to Mars expedition.

Kowal’s alternate history gives precedence to von Braun’s plans (Disney devoted an entire series to it – Man in Space – sometimes viewable on Youtube) in many ways, similar to the manner in which Weir’s The Martian contained elements of the Mars Direct proposal.

That future (this future?) is the vision that inspired so many boomers, and still, at least for me, forms the backbone of what I believe space exploration ought to be, or at least ought to look like;  rotating space stations, moon bases and moon rockets, ferry ships, inter-orbital tugs, extended multi-ship expeditions to other planets..

I pulled out my copy of The Exploration of Mars (and stared and stared and stared in awed wonderment) and then I realized that in Dr. Elma York’s timeline, this book would not be an attempt to popularize something that might be, it would be a science book for young adults, detailing the first actual mission to the red planet.  To give you an idea of what I mean, here’s a slightly modified version of the centerpiece illustration by Bonestell from that book: 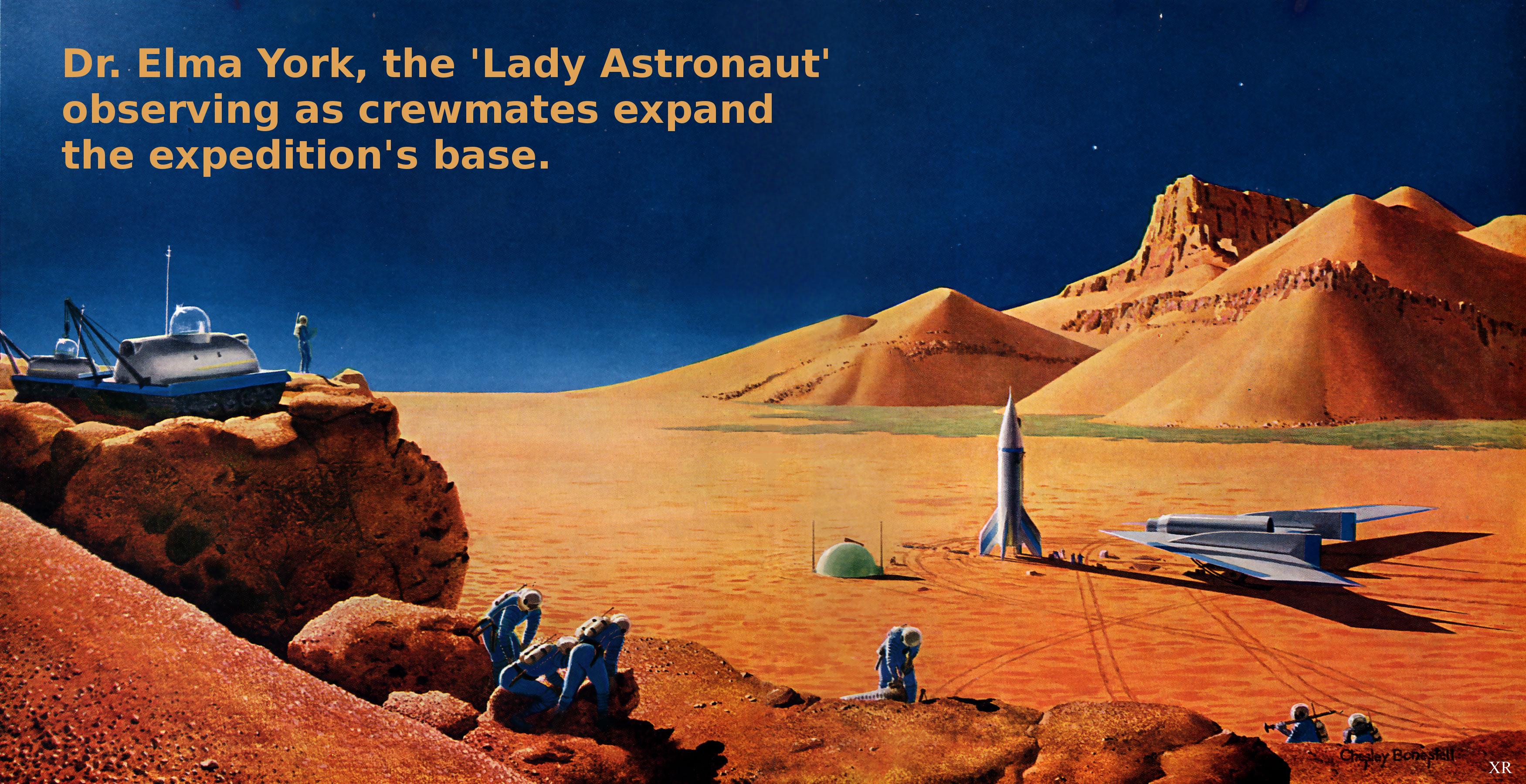 Under the Skin Strips You, For You