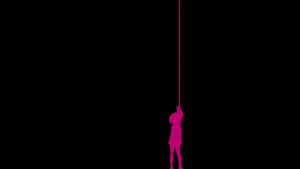 kemurikusa. #11 – As promised, the next download from the memory leaf shows us the First Person, the events that led to her splitting herself, the creation of the red tree, and what the journal originally said about the sisters’ mission— and absolutely none of it is what the viewer has been led to believe. Yet it’s still completely consistent with everything that’s been shown so far.

Start with the fact that the crumbling setting is not Earth, but a museum of sorts created as a preservation project by powers unknown to humanity. One the one hand, thank goodness all that implied death didn’t actually happen. On the other hand, what’s happening on Earth that this project is necessary?

Riri, the First Person, truly does turn out to be a female Wakaba, or at least a female version of “our” Wakaba. Both were mysteriously absorbed and spat out again by the water system. This implies that the original Wakaba is dead, just as Riri is believed to have drowned and been reconstructed. Good thing Rin has the copy of Wakaba safe and… um… oops. Well, maybe it’s possible to make another copy.

Possibly the First Person’s name is actually supposed to be Lily (which would get mangled to Riri by the Japanese syllabary) but calling her Riri feels more appropriate. All the sisters’ names start with ri (ry- syllables are written as ri plus a y- syllable), and reduplication is one of the ways Japanese gets around having mostly abandoned pluras, so Riri is, literally, “the ris”. 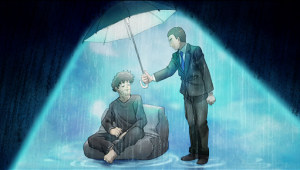 Mob Psycho 100 II #12 – Only one more henchman now stands between Shigeo and Suzuki. True to his nature, Shigeo keeps his psychic powers as a last resort. He talks his way past Serizawa, forgives Shō surprisingly easily, and tries to reason with Suzuki as well. Unfortunately, Suzuki is impervious to reason, as well as Reigen’s usual psychic-punching tactics. Have Shigeo and Reigen finally met their match? Sure, until Shigeo goes into 100% mode again.

Shigeo is able to recognize both Serizawa and Suzuki as alternate versions of himself if he hadn’t met Reigen. Suzuki decided to stop caring about other people; Serizawa tried suppressing his powers as Shigeo did, but was unable to stabilize them. Serizawa became what’s known as a hikikomori (shut-in), cutting off all his contact with the outside world. Until Suzuki found him.

Serizawa’s relationship with Suzuki perfectly mirrors Shigeo’s with Reigen. One was flailing around, unable to control his powers, until the other came along and offered him a lifeline. Both Shigeo and Serizawa have been taken advantage of, but Reigen chose to play the wise spiritual master so well that it’s actually done Shigeo a world of good.

That pays off now as Shigeo is able to make deliberate decisions about using or not using his powers. Even in 100% mode, he’s obviously holding back so that he isn’t a danger to any bystanders, until they’re safely out of the way. 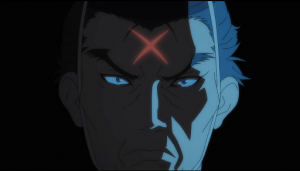 Dororo #12 – With the curse of Banmon seemingly lifted, the Asakuras and the Daigos prepare to go to war. In the confusion and excitement, Sukeroku is reunited with his family. So is Hyakkimaru, only to be rejected by them.

Tahōmaru and his mother are both at least moved by Hyakkimaru’s suffering, but they come to roughly the same conclusion as Kagemitsu: having one person devoured by demons is better than them and all their people suffering and dying. Only in Kagemitsu’s case it seems like it’s more one person’s suffering vs. his personal glory.

So, Tahōmaru loses his eye and his mother abandons her idol of the Goddess of Mercy. Symbolism abounds. All the cards are on the table now, and there’s still three more months of demon-killing to go. This suggests some more time away from the Daigos while Hyakkimaru retrieves more of his body and Kagemitsu watches his domain crumble further. 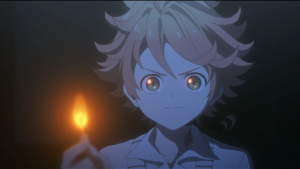 The Promised Neverland #11 – Emma and Ray are apparently broken by Norman being shipped out, but they meet the night before Ray’s birthday and admit to each other that neither has really given up. So they set fire to the orphanage, leave behind material to fake the smell of a burning, deliciously pre-cooked and heavily salted corpse, and use the confusion to head for the wall with all their co-conspirators.

While this episode finally brings the escape plot to a head, it also highlights a narrative tic which is getting more annoying with every repetition. It’s the skipping over a crucial moment, to what appears to be the aftermath of the worst possible outcome, then jumping back to show that what actually happened was…

This provides zero suspense when you know it can’t have turned out that way. There’s no way the escape was going to be completely abandoned, and there’s no way Emma was going to let Ray burn to death. If this is the order in which things are revealed in the manga, I’m glad I never got around to reading it because I would have flung it at the wall by now. 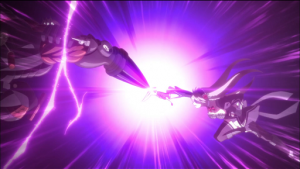 Magical Girl Spec-Ops Asuka #11 – As the final line of defense, Asuka, Kurumi, and Sacchū nearly give way but manage to save Tabira. The Babel Brigade steals the artifact they were after, but at the cost of Chisato’s capture and Giess’s death. Those of you with action-movie bingo cards may now mark “Brown Person Dies To Provide Character Development For Person In Majority Ethnic Group”.

On the plus side, Sayako and Nozomi are still unfridged, though they’re starting to notice that they seem to be plot attractors. My money’s still on Sayako becoming a magical girl eventually, but it doesn’t look like there’ll be time for that to happen before the season runs out.

For the final battle, the magical artifact that none of the Magical Five can use is indeed going to a different magical girl, but one who’s allied with the Babel Brigade. I presume that’s the lady whose massage the episode cut over to for no apparent reason.

Everything From Cyborgs to Barbarians – New Science Fiction Romance Reads

Voyager’s golden disc prompts aliens to seek Earth in Mi amigo Quyllur, a film based on the eponymous novel by Renato Mendizábal Guillén

The latest word on the newest issue of the magazine!