Mercury, the swift planet, leads off our tour of the solar system 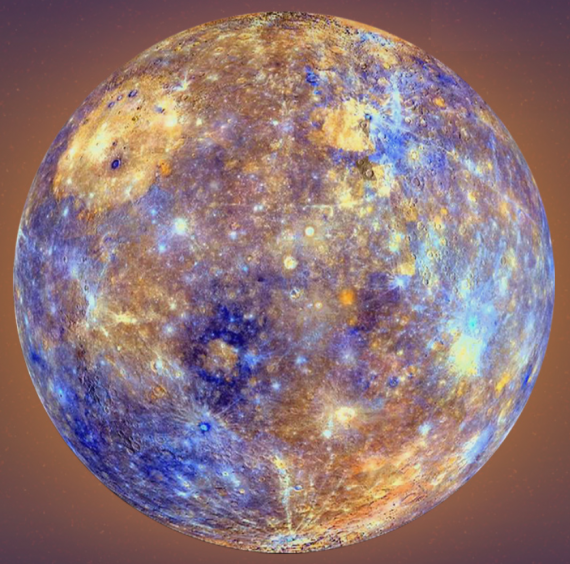 Mercury lies at a distance from the sun of some 43 million miles
It is approximately 3,032 miles in diameter, about 2.6 times smaller than Earth
It takes 88 days to orbit the Sun
Mercury has no axial tilt (Earth’s is 23 degrees)
The surface temperature on Mercury ranges from -230 degrees (night) to 800 degrees (day) (Fahrenheit)
It’s escape velocity is 9,507 miles per hour
Its surface gravity is 12.13 feet/second squared

Mercury is considered to be a Terrestrial, or rocky, planet.

This year, Mercury will be visible in the night sky between February 18th and March 5th, and in the morning sky from March 23rd to May 7th.

NASA has a wonderful planetary information resource.  You can learn far more about Mercury here

Most don’t know that many, many, many astronomical discoveries have been made by “amateurs”

Radium was ‘cool’ – until people’s lips started falling off

Characters: Ned Henry from To Say Nothing of the Dog