(This is my first post here at Amazing Stories, and I will be focusing on What’s New In Fantasy, both books and other media. I will not be covering everything that happens in Fantasy, but focusing on the things that interest me. I’m also open to suggestions about what to cover, and welcome your feedback in the comments or by emailing me.)

As a writer of historical fiction, historical fantasy has always been one of my favorite fantasy sub genres, and it’s exciting to see how many more of these titles are published every year. At the same time, fantasy overall has been branching out beyond medieval heroic fantasy with fascinating results.

History has often has a strong role in the development of fantasy worlds and it’s exciting to see this go beyond medieval European-flavored fantasy, though I loved the world building in Jacqueline Carey’s Kushiel series, which really dug into its European influences. These books take place in and around an alternate version of Europe with very similar boundaries to our own, complete with cultural differences inspired by our own world, and filtered through her vision. Robert Jackson’s Bennet’s Divine Cities trilogy uses snippets of recognizable cultures, like Viking culture, and the varied cultures of South Asia to ask questions that cannot easily be asked in our world, like what would happen if an oppressed colony threw off its oppressors and ruled them instead?

One of the interesting things about historical fantasy compared with heroic fantasy is how it provides a different canvas and a different set of potential characters and protagonists. It also allows authors to incorporate other genres’ influences mores seamlessly than grafting them on top of a traditional heroic fantasy. Historical fantasy can also include fantasy that intersects with some version of our world, at some point in the past. Summer 2018 great for new fantasy novels, including several Historical Fantasy novels that I’m very excited about. 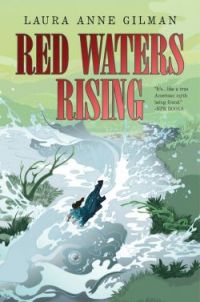 There is nothing more American than a western, and Laura Ann Gilman’s The Devil’s West trilogy, fuses western and fantasy to great effect. It’s True Grit if Mattie Ross was a saloon girl instead, applying what she learned from her girlhood serving patrons when she goes on the road as a young woman, working magical justice for her mysterious boss. It also reminded me of the early seasons of the TV show Supernatural, weaving together American folk legends, American history, and Native American folklore. This June the final book in the trilogy, Red Waters Rising, finally came out, wrapping up the main story, while still leaving room for more books set in this fascinating world.

Christina Henry’s The Mermaid also came out this June. I’m most familiar with this author from her dark fantasy novels that are inspired by children’s literature but are definitely not for children. Her Alice created a Victorian fantasy where the rabbit hole that our Alice goes into is one of madness and depravity, and it takes both courage and violence to find her way out again. 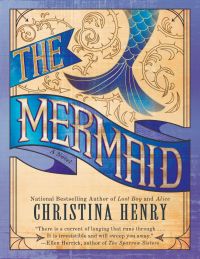 In the The Mermaid, Henry writes a book set in our world, or something close to it, where P. T. Barnum finds a mermaid willing to work for him, but while she thinks she is entering into the arrangement freely and may to leave it at any time, the unscrupulous Barnum will not let her go so easily. Like Alice, The Mermaid follows a woman trying to make her way among, and eventually escape from, men who want to use her. It also explores how race and class affects those who live on the fringes of society in the world of the circus. 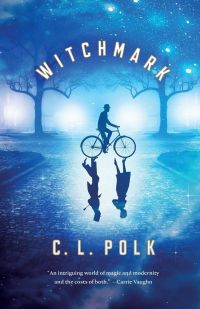 Witchmark is C.L. Polk’s debut novel, set in an alternate England, just after a WWI-like war that has scarred a generation of young men. Those with magic are sent to asylums, or use their power in secret, and class determines who follows which path. Miles Singer escaped his ruthless family to use his magic for healing in secret, but when a man killed by magic dies in his arms, Miles has to investigate his death and learn how to wield his magic to its full potential rather than run away from it. Using the WWI-like event, Witchmark explores issues like PTSD and other consequences of war in a magical setting, and has the feeling of a novel of manners or a drawing room mystery, fused with a fantasy novel. 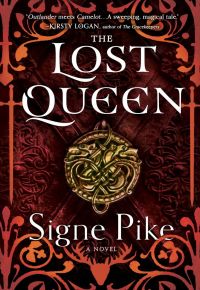 I had the privilege of writing a blurb for The Lost Queen by Signe Pike, which explores a little known aspect of the Arthurian legends, based on new scholarship about the British Isles during the dark ages, or early medieval period. Magic is woven through, and grows out of the landscape and the characters. The novel follows the coming of age and marriage of Queen Langoureth, the twin sister of the man who would become Merlin. Langoureth is a fascinating, conflicted character, who has to balance love and duty, her desires and the sacrifices she must make to preserve her people. Like The Mists of Avalon, The Lost Queen tells of the clash between the old pagan religion and the new Christian one, and between war and family.

These are some of the books that really interested me this past summer. What new books are you excited for this fall? What is your favorite historical fantasy?

Journey Planet 17 reviews and celebrates the history of Worldcon and is probably one of the best fanzine issues to be published in 2013.

Your Science Fiction and Fantasy Book Bargains for September 2, 2019