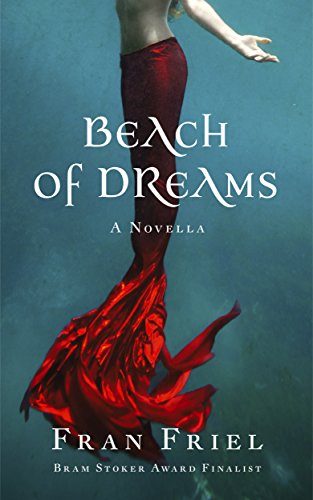 On an unnamed remote island in the Pacific Ocean, anthropologist Simon Rodan makes an other-worldly discovery that could shake the world and save his languishing career, but the island has other ideas.

The islanders have semi-adopted Simon. Their warmth and generosity sit in counterpoint to Simon’s own egotistical, sometimes abrasive or outright antagonistic personality. His unpleasant characteristics emerge gradually, however, as we are first drawn in by his discovery of undescribed giants lying, apparently dead, on the beach. We know the creatures in fragments only, as the anthropologist snips bits of scales or thorny skin, rope-thick hair, and odd pieces of clothing from the corpses.

We learn later that he is a widower and a father estranged from his son, Ethan. And that he will do anything in his power to become a leading anthropologist rather than the other possible option of ending his career as a lecturer in a mid-range university.

During a local ceremony, which evidently protects the villagers from certain malevolent forces or spirits that might destroy them, Simon learns about the nightmare jungle, which no one must enter. But, having already seen the giants he knows he must go there. Arguments with his hosts ensue. No one will be his guide. And without a guide, he will surely be lost forever.

But Simon is hero-worshipped by the son of the couple with whom he is living, Paulo, who could technically lead him into the interior. But who insists he will not, cannot, be Simon’s guide. But the anthropologist finds a loophole in the form of the hallucinogenic tree-bark the villagers chew during their ceremonies. The boy is not yet old enough to use it, but Simon has acquired some pieces of the substance, which proves to be a valuable bargaining chip, and so the deal is struck – a guide for the drug.

What follows is among the weirdest sequences of events I have ever encountered in horror fiction. I can only describe it as surrealist fantasy, interwoven with weird humour. Creatures of all kinds, from deadly fish-tailed sirens to a cyclops, a werewolf, a mummy and even a French maitre d’ inviting the pair to a bizarre banquet inhabit the place…and they are hungry.

All this has the reader questioning Simon’s sanity, and wondering if it is the drugs that are creating the living nightmare. Or indeed if everything he experiences is real. In some respects, I was reminded of Hunter S. Thomson’s “Fear and Loathing in Las Vegas” where he and his buddy go on a wild LSD-fuelled roadtrip, and in one memorable scene encounter lizard waiters in dress suits. Except that book was meant to be non-fiction!

I won’t reveal what ultimately happens to Simon, his companion and the boy’s mother (who tries to rescue the pair), but I can reveal that the anthropologist undergoes a profound physical and emotional journey which turns his entire world upside down and leaves the reader understanding that, while the ending is a shock and a surprise, no other ending would have sufficed. In the hands of a lesser author, having such a largely unsympathetic protagonist could alienate readers,  but instead, I managed to experience empathy and compassion for him, evidence enough of the psychological realism and an understanding of the emotional complexity that only a first-class writer can pull off.

Fran Friel’s Beach of Dreams is incredibly powerful and beautifully written. I understand why Fran is a two-times Bram Stoker Award nominee, though why she hasn’t yet won an award is anybody’s guess.

For more about Fran and her work, check out her website, Fran Friel’s Darker Side of Fiction.