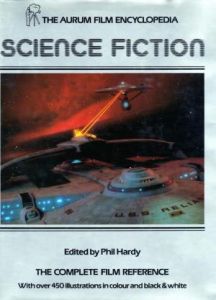 Until fairly recently, it was pretty common to know a lot about a large number of genre movies that you’d never had a chance to see.

That’s because, when cinema and old-fashioned broadcast TV were pretty much the only ways to watch movies, a lot of us did a great deal of reading about the films we were missing.

As a result, literature about movies of all kinds thrived – and especially about science fiction and horror.  Through books and magazines, we could learn what the accepted classics were, who made them and what they were about.

And while I would have done anything back then to have the access to movies that we do today, I miss some of the books about movies that belonged to those pre-streaming, pre-IMDB days.

Looking back, I realise that my reading about movies passed through three phases. Firstly, there were books that described movies. Secondly, there were those that catalogued films. And thirdly, the ones that offered some passion and insight. 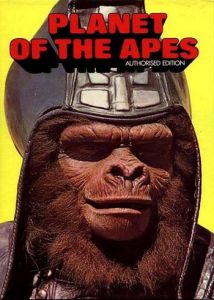 My most vivid early memory of reading about films I hadn’t seen came in 1975, when the UK publisher Brown Watson brought out the first of three annuals devoted to Planet of the Apes. Among the stories and comic strips based on the 1974 TV series, it offered a handy guide to the five Apes movies that I wasn’t old enough to have seen. Their plots were described, all the way through to those very downbeat endings.

A few years later, when I had become an enthusiast for genre films of all kinds, I began snapping up books on the subject.

In the early days, my choice of books was largely based on what I could afford. Denis Gifford’s Pictorial History of Horror Movies was beyond my budget, but I pored over Alan Frank’s Horror Movies, a cheap volume that was light on text but full of striking illustrations of those films’ more vivid moments. John Stoker’s The Illustrated Frankenstein came shortly afterwards, while Frank produced another volume called Monsters and Vampires.

Through books like those, I learned a basic history of the genre. Like school kids declaiming a list of American presidents, or Henry VIII’s wives, I could recite my Universal Frankensteins, from James Whale to Abbott & Costello. The same for the Draculas, Wolf Men and Mummys, and I could repeat the trick for the Hammer horror cycle – with dates and director names too, of course.

Today, I beware of spoilers in film criticism, but back then, I wanted to know every detail of a movie, right down to whether Frankenstein’s monster perished in a fire or a block of ice. I think readers in those days were enjoying movies vicariously through the prose. 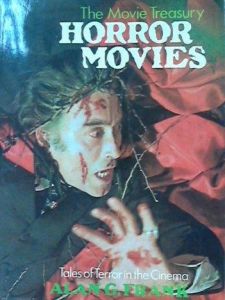 It wasn’t long before I became aware of the hefty, A-Z film guides that attempted to list just about every significant movie ever made. Their efforts to catalogue such a huge amount of material appealed to my teenage obsessiveness, and I spent long evenings familiarising myself with every genre entry in Halliwell’s Film Guide, from Abbott and Costello Meet Frankenstein to Zardoz.

I soon became aware that other authors were trying something similar with genre films. Alan Frank’s name cropped up again as the author of The Horror Film Handbook and The Science Fiction Film Handbook. The reviews in those books were pretty perfunctory, but they quoted the opinions of other critics too, and I was geeky enough to be more obsessed with the cast and credit lists for every entry.

Later, there came books which offered less in the way of credits but more commentary. Aurum began bringing out a series of film encyclopaedias (republished by Outlook in the US), with the aim of devoting one volume to each established movie genre – although in the end, the range only covered westerns, science fiction, horror and, belatedly, gangster films. Presenting their material year by year, they recorded just about every relevant movie and offered a commentary on it. You had to admire the scholarship and depth of research, even if some of the criticism was a bit pious and ideological for my taste. (And Return of the Jedi as the best Star Wars film? That certainly has the benefit of being an unorthodox opinion.)

But by this time, I was also aware that film criticism could be a bit livelier than this. Peter Nicholls’ Fantastic Cinema defined its subject broadly enough to cover everything from Night of the Living Dead to Excalibur, and it was a highly readable account of genre cinema up to the 1980s. Danny Peary embarked on his Cult Movies series, writing at length about individual films in a way that was carefully researched but also entertaining, humorous and personal. Kim Newman’s Nightmare Movies covered the post-1968 horror genre, and although the prose sometimes was sometimes hampered by his desire to squeeze in every film title possible, it was a well-informed and lively work.

Today, that kind of entertaining, knowledgeable writing about particular films mostly exists on the internet, where some people write incredibly well about movies without making a cent from it. The A-Z film guides have been replaced by IMDB, which offers us an enormous amount of information, but denies us the guiding hand of an editor.  Meanwhile, I find the film section of any bookstore tends to be not only much smaller than it used to be, but much less exciting. 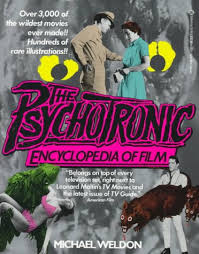 I just took a look along my shelves at some of the general genre books I acquired in those pre-internet days. Among them are The Vampire Cinema by David Pirie, The Encyclopaedia of Horror by Richard Davis, The Modern Horror Film by John McCarthy, Terror on Tape by James O’Nell, Horror and Fantasy in the Cinema by Tom Hutchinson, The Primal Screen by John Brosnan and The Psychotronic Encyclopedia of Film by Michael Weldon. All those authors offered a take on the genre worth having.

DVD, Blu-ray, streaming and on-demand services have given us access to more movies than we could have dreamt of years ago. But finding our way to the best ones is increasingly a matter of looking at  scores on IMDB,  checking out “freshness” ratings on Rotten Tomatoes or reading consumer reviews on Amazon. I suspect we may come to miss the books whose authors took us through a genre, giving shape to its history and signposting us to recommended movies.

I can’t help wondering whether, as our viewing options get ever more bewildering, some publishers might think it’s worth going back in time.

What books about genre cinema do you cherish? I’d love it if you’d name some in the comments.

If you’re anything like me, you have long since exhausted the established canon of weird, speculative, and mainstream horror fiction. You’ve read every Stephen King novel in triplicate, and are starting to wish that H. P. Lovecraft at least attempted to describe the indescribable horrors appearing on his pages. Philip K. Dick’s paranoid schizophrenic […]

On Genre Diversity, or ‘Why Mark Charan Newton was Right’

From the IN Box