As our knowledge of black holes expands, our love affair with these celestial anomalies continues to grow with it. And it’s not surprising, for there always seems to be something new to learn.

The latest news from NASA is the discovery of what they’re calling, a rare middleweight black hole, something of a relative newcomer to the black hole family.

We already knew that some black holes are tiny, being just a few times the mass of our sun, while others are billion of times more massive. But those with an intermediate mass are surprisingly elusive…until now.

Say hello to this impression of an example just over 2000 times the mass of our sun – 47 Tucanae – recently discovered in the constellation of Tucana, 16,700 light years away. 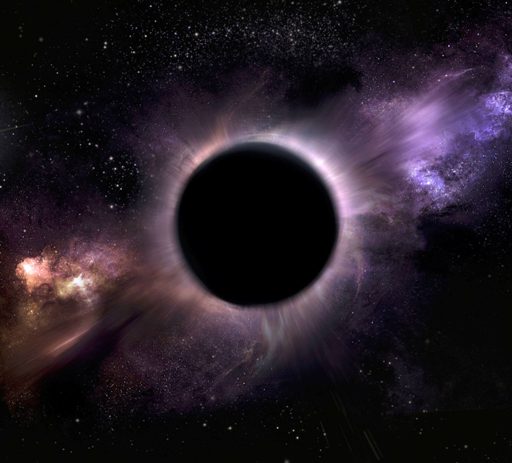 No, there’s not a lot to look at, is there? So, what is it about these gravitational matter-traps that continue to capture the imagination of people of all ages and professions?

Simple. It’s because they remain so mysterious.

The concept of dark stars – astronomical bodies with sufficiently high density that not even light can escape their gravitational pull – was theorized as far back as 1783, by the English philosopher and mathematician John Michell.

In 1915, Albert Einstein presented his theory of general relativity, which revealed how space and time are intimately linked.

It was during this era that Karl Schwarzschild and Johannes Droste independently derived brand new equations for a spherical or point mass.

Over the next 50 years, nuclear physicists came to realize that sufficiently massive stars could in fact collapse under their own weight to become these previously theorized dark stars.

However, it wasn’t until the end of the last century that astronomers were able to confirm the existence of these cosmic paradoxes through the use of powerful telescopes and other sensitive equipment that measure gravitational waves.

So, how dense is a black hole?

Let’s use something we know as an example. If our sun were to become a black hole, it would need to collapse from its current diameter of 1.4 million km across to a radius of less than 6km across. Its average density within this “Schwarzschild radius” would be nearly 20 billion tones per cubic centimeter.

Oh yeah? So what does that mean?

Well, let’s break it down.

It may surprise you to know that little old Earth is the densest planet in our solar system.
Density is calculated by dividing the planet’s mass by its volume, then simplifying from kg/km to g/cm cubed. In plain English, the density of the Earth is 5.513 g/cm3

So – the ‘feel’ you get when you walk around every day – and take no notice of, unless you have to physically exert yourself for any length of time – is a mere 5.5grams per cubic centimeter.

If the Sun changed into a black hole measuring a paltry 6km across, that 5.5 grams would skyrocket to 20 billion tons. Yes, you’d get more than a headache.

(Cool eh? – if impossible to wrap your head around) 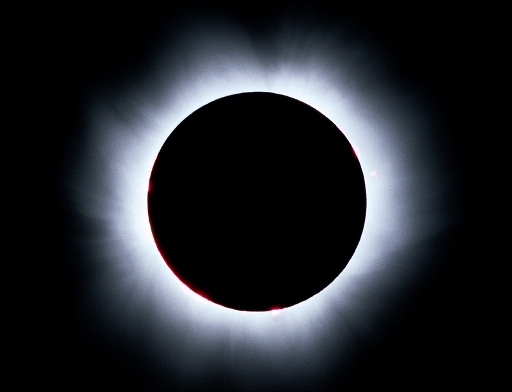 Let’s take this a bit further.

On Earth, the strength of the gravitational pull holding you to its surface is roughly the same at your feet as it is at your head, (which is obviously a little bit farther away from the planet).

But, if you were standing on our new sunlike black hole, the difference would be so great that you would be pulled apart at the atomic level – a process referred to as spaghettification.

In 1958, the American physicist David Finkelstein was the first to realize the true nature of what has come to be called the event horizon of a black hole, the intangible surface encapsulating a sphere of no return. Once inside this sphere, the gravitational pull of the black hole is too great to escape – even for light.
Then it was discovered there was more than two kinds of black hole. Some were stationary, others seemed to rotate. It wasn’t until 1963 that New Zealand mathematician Roy Kerr solved the equations that proved rotating black holes actually existed.

The thing is, those equations yielded closed time-like curves that permitted movement backwards through time. (The stuff of science fiction eh?)

But it gets better… 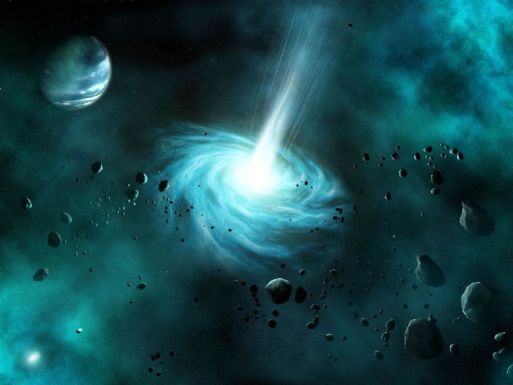 This concept is partly rooted in the mathematical concept known as an Einstein-Rosen bridge/wormhole proposed by such notables as Austrian physicist Ludwig Flamm, Albert Einstein, Nathan Rosen, it was later termed a “wormhole” by Wheeler in 1962.

In 1962, Wheeler and the American physicist Robert Fuller.

Not surprisingly, the idea of entering a black hole and re-emerging somewhere else in the universe – in space and/or time – has inspired countless science fiction classics, most notably several of my favorites Stargate, Doctor Who, Farscape and Space, Above & Beyond.

And the basis of such stories is grounded in fact. When travelling at great speed, the passage of time does slow down relative to that experienced by stationary observers.

Clocks flown quickly around the world have demonstrated this, displaying time lags in accordance with Einstein’s theory of special relativity.

Similar readings are noted in the presence of increased gravity.

Despite the strangely endearing name, the phrase “black hole” is perhaps somewhat misleading. It implies a hole in space-time through which matter will drop, as opposed to matter falling onto an incredibly dense object.

What actually exists within a black hole’s event horizon is hotly debated. Attempts to understand this include the “fuzzball” picture from string theory, or descriptions of black holes in quantum gravity theories known as “spin foam networks” or “loop quantum gravity”.

One thing that does seem certain is that black holes will continue to intrigue and fascinate us for some time yet.

Wow. And they’ve been telling us for ages that space is nearly empty