Special note: if it weren’t a leap year, tomorrow would be March.

Nationwide TV Tune Out of the Oscars TONIGHT!

Our Children’s Books are Problematic

Race is not Genetic

Betty White Is Such A Potty Mouth!

THIS Is Why the Robots Will Kill Us All

Jonathan Frakes Will be Star Lord’s Dad – in the cartoon

As Always a New Entertainment Medium Turns to SF

Robert J. Sawyer:  are the days of the full time novelist numbered?

Looking Back on Genre History (Sturgis on StarShipSofa)

Chris Offut on His Book About His Dad

Al Was Right:  Wave to Gravity Everyone

Through  a Lens Darkly:  Dust Clouds No Longer Hide the Sky

Science Teachers Not Up on Climate Science

New Eye in the Sky (via Gregory Benford)

‘it turned inside out…and then it exploded!’:  NASA Replicator Challenge

Virgin Galactic Back on Track

Ground Based Lasers Could Get Us To Mars in 3 Days!  (no, it won’t)

With the recent release of HC Playa’s BETRAYALS, Pro Se Productions would like to celebrate the latest volume in the CROSSROADS OF FATE series by offering the first volume in the series-DAUGHTER OF DESTINY- as a FREE digital download for Three Days! 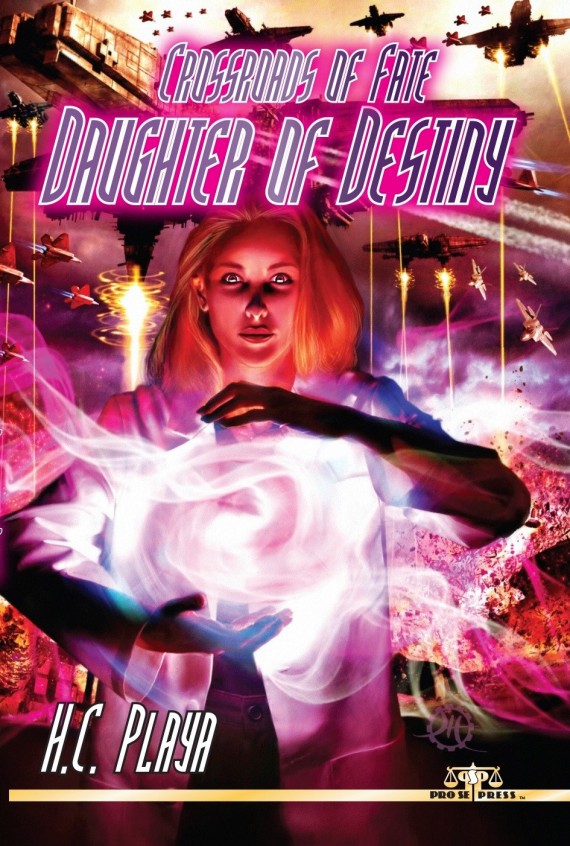 Go to https://www.smashwords.com/books/view/429628 and enter the code ST53U to get DAUGHTER OF DESTINY for free! And remember, BETRAYALS is now available in Print and Digital Format at Amazon and other outlets!

Copyright © 2016 Pro Se Productions, All rights reserved.
Thank You for joining Pro Se Productions’ Reviewers mailing list. This list is how you as a reviewer will be sure to receive a digital PDF of every book Pro Se releases in the future as well as any book that Pro Se has already released that someone on the list expresses an interest in.

Add us to your address book

Want to change how you receive these emails?
You can update your preferences or unsubscribe from this list

We start the week off on a sad note: long-time RPGnetter (and former moderator) Brian Newman, RPGnet username Blackberry, passed away the week before last. You can find threads celebrating his life and participation on the site here and here. Please take a moment and share any thoughts or rememberances that you have of Blackberry; he was a pillar of the community on the site for many years, and the community should remember him.

With that, let’s move on to our regular content.

Christopher Cecil started the week of with a new Fuzzy Thinking: “I Can Not Tell a Lie. It’s a Ticking Atomic Bomb.”

In addition, Jonathan Hicks was back with the tenth issue of Observations From A Gamer’s Chair: “On Location.” This week, Jonathan tackles the issue of when and whether to change where you and your group play.

You may have noticed over the past few weeks that RPGnetter and former submariner Ghoti has been working his way through reviews of various submarine-centric movies. He was back again this week with another great review thread: “A submariner watches ‘Hunt for the Red October.'”

Also in Other Media, RPGnetter awesomeocalypse poses a question that is tougher to answer than it might appear at first blush: “Would superstrength be that useful a power?”

On the flip side, RPGnetter King Snarf posed an incredibly easy question: “Is the Batman: The Brave & The Bold version of Aquaman the BEST version of Aquaman?” The answer is “yes.” Also “OUTRAGEOUS!” But, seriously, the thread lots of interesting discussion about a comics (and cartoon) character who has had some credibility problems throughout his history.

That’s all for this week.