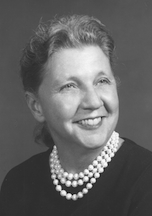 A PROPER tribute to Leigh Brackett.  (I could comment endlessly on some of the latest, but I’ll not sully her 100th birthday memorial with any of that idiocy) (mucho props to Stephen Haffner and the work he’s done with the Leigh Brackett Centennial)

Today is Wold Newton Meteorite Day.  Hmm.  Geminids…Meteorite.  Could be we’re in for another dosing of superhero mutations!

*The Police: So Lonely 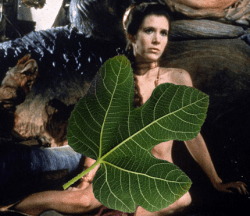 “Tell them that a giant slug captured me and forced me to wear that stupid outfit, and then I killed him because I didn’t like it. And then I took it off.”

My god is more violent than your god

If guns make us safer, explain this

Climate change denial in all the wrong places

Internal US fight over climate change confuses the rest of the world (well, duh! you’d be confused too if you assumed all US politicians were familiar with reality) 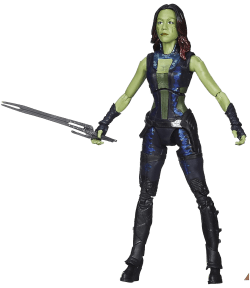 We want more Gamora.  So Does James Gunn

US Deaths from Nuclear Weapons

Darth Trump (not your usual The Donald Star Wars mashup)

Avatar was NOT a fluke!  It wasn’t!  So says James ‘had to give Ellison credit for Terminator’ Cameron

To Trunk or not to trunk.  That is the author’s question

Report on the Tiptree Symposium

Best Meteors of the Year 2015:  Geminids

Does a Presidential Candidate Need to Understand Science?

The Etruscans are Coming (no, not a meteor shower)

WEBB gets its first mirror

Comet flies by Moon and Venus

Penis Transplants for Troops (we won’t ask the obvious questions)

We’ve got just a bit more than a week left on the 2015 RPGnet Membership Drive. Though we’re up to 63 backers, we’ve slowed down in the last week. Lend the site a hand so we can successfully close out 2015 by becoming a member.

As we’ve told you before, all members will be getting 8 free PDFs. This week we want to draw attention to Legend from our friends at Mongoose Publishing. Legend is essentially RuneQuest 5.1 (or if you prefer Mongoose RuneQuest II.1). Since RuneQuest has gotten very hot in recent weeks, this is a great chance to see what all the fuss is about!

First, RPGnet’s own Shannon Appelcline continued his Advanced Designers & Dragons history column with “The RuneQuest Mafia: 1989-Present”, a look at his own longstanding gaming group.

Brent Dedeaux of Tales from the Rocket House takes the percentile resolution system that he developed in last month’s column and fills out some additional game mechanics in “Wrapping a Game Around that Percentile System”.

And, last but not least, Christopher Cecil completed another edition of Fuzzy Thinking: “Critical Miss!”.

RPGnet had another very busy week on the reviews front. All of these are worth a read:

The first thread up this week is a great example of the helpfulness of your fellow RPGnetters: “[Fallout 4] Things I wish I knew…” If you play the game, the usefulness of the thread is pretty obvious, but it’s worth a read even if you don’t: the stories of how folks came to know the things they wish they knew earlier are pretty entertaining.

“What ifs” have a long and storied history in comics. For all their faults, they can be a great way to get to know a character better. A thread going on in Other Media is a great example of this possibility: “What If: Superman Born In Poverty? The thread reaches even beyond the Big Blue Boyscout into examinations of how changing their socioeconomic state could affect other characters.

Speaking of interesting character examinations, “Bennie from Rent, Michael from Reality Bites, and other Yuppie “villains” who are totally in the right” is definitely worth your time to read through. There is interesting discussion of culture, perspective, and the nature of “villainy” in media sprinkled throughout this entertaining thread.