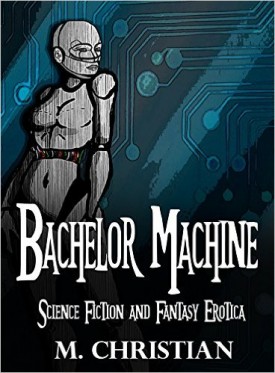 M.Christian rocked the world of both science fiction and erotica with Bachelor Machine – Cynthia Ward at Locus Online calling it “smart, taboo-breaking SF” and –  and now his groundbreaking book is back in a brand new edition!

Not only that, but M.Christian will further amaze as well as arouse with a follow up collection of imaginative and stimulating stories: Skin Effect!

In Skin Effect and Bachelor Machine are tales that push the envelopes of both science fiction as well as erotica in innovative and stimulating ways: stories voyaging to the near as well as the far future, exploring the ultimate limits of sex and arousal.

In her introduction to Bachelor Machine, Cecilia Tan says of M.Christian “There are only two people in the world I envy. One is the late Roger Zelazny, whose talent for an almost jazz improvisational way of writing I could never match. The other is M.Christian, for writing exactly what I’d write if only I could get off my ass. Which is to say, raunchy hallucinatory sexfuture dreams that never fail to arouse me and kick me in the gut at the same time.”

In Skin Effect and Bachelor Machine are tales that are riveting as well as arousing, stories of technology and desire, and arousal and innovation … told in an engaging and evocative style guaranteed to amaze as well as excite.

“M.Christian’s stories squat at the intersection of Primal Urges Avenue and Hi-Tech Parkway like a feral-eyed, half-naked Karen Black leering and stabbing her fractal machete into the tarmac. Truly an author for our post-everything 21st century.”

“M.Christian speaks with a totally unique and truly fascinating voice. There are a lot of writers out there who’d better protect their markets – M. Christian has arrived!”

“When I tell you that these stories are hot, I might be giving you an understatement. M.Christian’s erotica comes from the heart … he has created an entire new genre.”

“There is an uncommon variety of material in here [Bachelor Machine], from cyberpunk to space opera, alternative history to dystopia. The science-fictional settings are manifold, as are the sexual positions and inclinations—and, more importantly, the role of the inevitable explicit sex within each story. From the frivolous to the poignant to the socio-politically scathing, there’s something in this book for everyone.”

“M.Christian is a hybrid artist and knockout stylist on the order of Jonathan Lethem.  Hard-boiled, sharp-edged, funny and fierce, his tales brim with unbridled imagination and pitch-perfect satire,”

“M.Christian is a writer who takes you for a long walk down a dark wet street at midnight. You can’t get much more edgy and still be legal. His fiction never disappoints.”

–Nancy Kilpatrick, The Power of the Blood series and In the Shadow of the Gargoyle 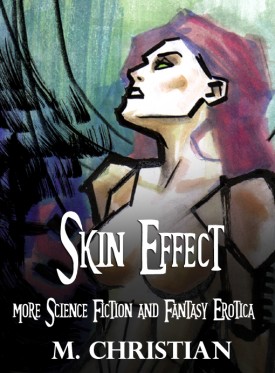 Calling M.Christian versatile is a tremendous understatement. Extensively published in science fiction, fantasy, horror, thrillers, and even non-fiction, it is in erotica that M.Christian has become an acknowledged master, with more than 400 stories in such anthologies as Best American Erotica, Best Gay Erotica, Best Lesbian Erotica, Best Bisexual Erotica, Best Fetish Erotica, and in fact too many anthologies, magazines, and sites to name. In erotica, M.Christian is known and respected not just for his passion on the page but also his staggering imagination and chameleonic ability to successfully and convincingly write for any and all orientations.

But M.Christian has other tricks up his literary sleeve: in addition to writing, he is a prolific and respected anthologist, having edited 25 anthologies to date including the Best S/M Erotica series; Pirate Booty; My Love For All That Is Bizarre: Sherlock Holmes Erotica; The Burning Pen; The Mammoth Book of Future Cops, and The Mammoth Book of Tales of the Road (with Maxim Jakubowksi); Confessions, Garden of Perverse, and Amazons (with Sage Vivant), and many more.

M.Christian is also the Publisher of Digital Parchment Services and an Associate Publisher for Renaissance E Books, where he strives to be the publisher he’d want to have as a writer, and to help bring quality books (erotica, noir, science fiction, and more) and authors out into the world.

Today Steve reviews a Russian science fiction movie set during the days of the USSR. Russia’s putting out some pretty good SF movies these days!