“For God’s sake let us sit upon the ground And tell sad stories about the death of kings.” 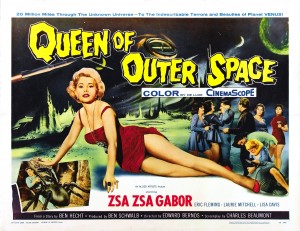 Shakespeare knew how to entertain a crowd and teach history at the same time. His plays are rife with kings, queens, dukes, barons and various and sundry other royal personages. His plays reflected the times in which he lived, a time when monarchs still held sway over the direction of nations and the common folk had little or nothing to do with public policy. His dramas concerned themselves with the fate of emperors and empresses.

Today things are different. We live in a post monarchic world. Governmental systems are complex and varied and each nation has its own quirks of governance and politics. Our contemporary dramas reflect that. 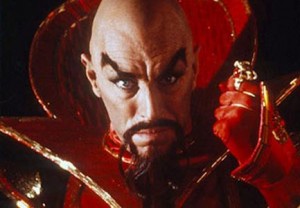 Now let’s think about science fiction. More specifically, let’s think about Space Opera. What do we have? Fleets of faster than light ships employing drives that bend and warp space to make astronomical distances seem like mere trifles overcome by the brilliance of hyperspace engineering. We have weapons that can destroy said fleets and sometimes even whole planets. We have computers and robots whose cybernetic intelligence rivals and sometimes even threatens to outstrip that of its makers.

And what do we have to govern this far-flung technological panoply? We have royalty.

Seriously? An incredible, almost miraculous technological society and it decides it wants to have a feudal government from the 11th century. 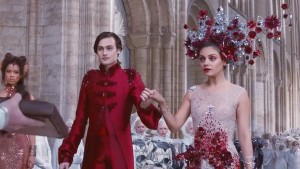 Whether it makes sense or not a lot of science fiction… a lot of Space Opera… describes a society that is ruled by kings and queens. Sure, I know it is called space OPERA and opera historically tends to concern itself with the trials and tribulations of the monarchy, but I would expect science fiction — even if it is Space Opera — to have a little more to it than mere feudalism. I would expect that from fantasy, but science fiction? Should there not something better?

After all, if we are postulating a future full of such technological marvels why on earth (or in outer space) would one want to adopt a feudal system of government? 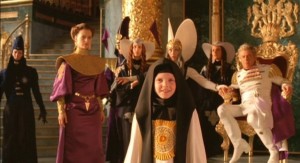 There is a preponderance of space opera that sports a royal ruling class. Frank Herbert’s Dune came under fire with some justifiable criticism. Despite being hailed as one of the greatest science fiction novels ever written Dune‘s spice-driven future is ruled by a despotic Baron and a morally corrupt Emperor. The hero is a noble Duke’s son who is destined to rule the galaxy. For all of Herbert’s far flung concepts, his system of government is decidedly medieval.

And Dune is not alone. Some of the best selling and best loved space opera features systems of government run by princesses and star barons. From Edgar Rice Burroughs’ A Princess of Mars the tradition of space royalty has continued right through to today. Lois McMaster Bujold’s Miles Verkosigan stories are set in a universe where royal families abound. Even David Weber’s Honor Harrington books feature princesses and the ridiculous title of First Star Lord. 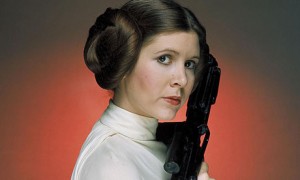 Movies are lousy with interstellar royalty. From Princess Leia in the STAR WARS films to the recent JUPITER ASCENDING, the galaxy is ruled according to the divine right of kings.

Of course it’s not all like that. STAR TREK’s Federation is run on seemingly democratic principles. No monarchs give the Prime Directive. (Although one could argue that Captain Kirk is really the “King” with Spock and McCoy as his advisers and the bridge crew as his court. In that respect the stories are not much different from Shakespeare’s) Nevertheless, there are many space operas that present a technological society with a suitably advanced system of governance with no need for kings, queens or princesses. James S. A. Corey’s The Expanse series, Jack McDevitt’s novels, or the galaxy as envisioned by William C. Dietz are just a few. Even THE GUARDIANS OF THE GALAXY, the comic book derived space opera postulates a system of planets without hereditary monarchs (Ronan the Accuser and Thanos notwithstanding).

I prefer a space opera universe that has a government that is at least somewhat modern, if not cleverly conceived. Fans will argue endlessly about how FTL drives could work but seem to give less care when it comes to systems of government. Perhaps politics is not as exciting as the technical specifications of a warp drive, but as well as convincing method of faster than light propulsion, a carefully constructed science fiction universe deserves an equally convincing system of governance.

Golems, Kabbalists and NAZI Germany collide in The Book of Esther

The Art and Science of Spaceship Design I: The Xiezhi from Revolution 60