What’s it like to live in NAZI occupied America? 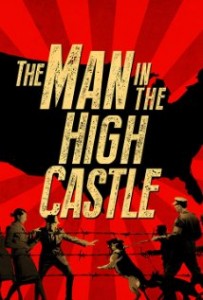 Adaptations can be tricky. You want to stay loyal to the source material, but also have to accept that you can’t transfer every element from the original work to a new media. You want to win over widespread appeal, while limiting the criticism you will receive from all the hardcore fans. So when Amazon TV became serious about adapting Philip K Dick’s influential alternate history novel, The Man in the High Castle, I was very worried. As time went on, however, I became more optimistic as I saw real effort being put into the show. Last Thursday I finally watched the pilot and can now say what I thought about it.

Lets cut to the chase: I liked Amazon’s The Man in the High Castle. It wasn’t perfect, but it was entertaining and I will certainly watch the next episode. The pilot introduces us to a world where the Axis powers won World War II and divided the United States between a German-occupied East Coast, a Japanese-occupied West Coast and a neutral buffer zone alone the Rocky Mountains. Our two main characters are Juliana Crain (Alexa Davalos) and Joe Blake (Luke Kleintank). Juliana lives in San Francisco and is an admirer of Japanese culture until she witnesses her half sister being gunned down by Japanese soldiers. Joe lives in New York City and joins the resistance to help liberate the country from the Nazis. Both characters find themselves heading to Canon City in possession of a film strip called “The Grasshopper Lies Heavy”, which shows news reel footage of the Allies winning World War II. This is all happening against the backdrop of increased tensions between Japan and Germany as many fear that the power struggle happening in Germany over the increasingly sick Hitler will lead to nuclear war between the two superpowers.

As I said before, I did like the pilot. It was visually impressive, the cast was talented, it reminded us of why we hate the Nazis and there were enough twists and turns in the plot to make me want to see what happens next. It doesn’t follow the book exactly, but that can be expected when you are doing an adaptation. In fact I like how they presented The Grasshopper Lies Heavy as a film strip instead of a book. Since television is a visual media, it was actually an ingenious way to present that double blind what if. I am a little iffy, however, on the world building. They really didn’t go into too many details on how the Axis where able to conquer an entire continent, even with the nuclear bombing of Washington, DC. Then again, the original book was implausible enough with the Axis conquering the United States in 1947 just because FDR was assassinated a year into his presidency, so I guess I can give that a pass.

Considering all the critical praise The Man in the High Castle is receiving, there is a good chance it will be picked up for a full run by Amazon. That is amazing news for alternate historians. There are just so few adaptations of our favorite books that its refreshing to see a work of alternate history with real effort put into it. I will definitely watch The Man in the High Castle and I hope you will too.

Poetry Review – The Rings of Ganymede by Kendall Evans

I’ve really enjoyed the series “Once Upon a Time” which has managed to intertwine several classic fairy tales into one big story and bring them into the modern day. Now the spin off series, “Once Upon a Time in Wonderland” has hit screens and is very different to its sister show. There is a brief connection with Knave of Hearts in Storybrook with the White Rabbit before he heads back to Wonderland but that is the only connection we get to see in the first episode.