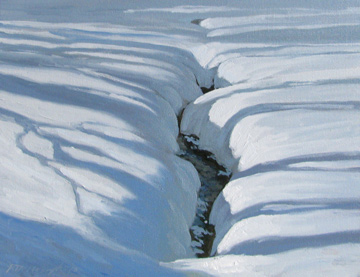 One of the best ways to have less clutter in your writing is to simplify it. This doesn’t necessarily mean that you have to be a Spartan and write sparingly like Hemingway. You can use rich language like Jacqueline Carey but apply that language with purpose. While Jacqueline Carey’s Kushiel’s Dart contains rich narrative description, the language is appropriate for the time period and always portrays motion. Fluid writing lies at the basis of uncluttered prose. The seven suggestions below will help.

When constructing a scene, it is wise to pay attention to cadence, rhythm, number of phrases or clauses and general length of sentences. Sentences in early works tend to be full of extra words (e.g., using “ing” verbs, add-ons like “he started to think” instead of simply “he thought”) that slow down narrative. Try reading your sentences out loud; this practice often helps you to find the “clutter”.

Active verbs are the key to vivid writing; and, ironically, to uncluttered prose. The very choice of active verbs helps you minimize the use of clutter-words. Consider, these two paragraphs, which describe the same scene.

Example A: Joe walked slowly into the room. His lip curled in disgust as he looked around the room. There were empty beer bottles all over the filthy floor that was covered with stains and garbage and there was a naked couple in the bed. They were almost buried under the rumpled covers. They now struggled to get up and Joe saw the big man staring up at him angrily.

Example B: Joe sidled into the room, lip curling at the stench of empty beer bottles and garbage strewn on the stained floor. A naked couple struggled out from the rumple of clothes and blankets. The man reared up and glared at Joe.

Example A contained 68 words while Example B contained only 41 words. It is obvious which paragraph is more vivid.

Cut Down the Words in Your Paragraphs

Cut down your words by at least 20%. Be merciless; you won’t miss them, and you will add others later in your second round of edits. Find the most efficient way to say what you mean.

The introductory sentence of a narrative paragraph is often paraphrased unnecessarily in the very next sentence, as though the writer didn’t trust the reader to get it the first time. Say it once and say it right the first time.

For every three syllable word of Latin origin there is a simple Anglo Saxon word. Consider these examples:

Latinate words slow down narrative and often arise from supercilious luciferous logolepsy; if overused, such effulgent emanations may render your promulgations cumbersome and will likely exacerbate acataleptic obfuscation and promote embulalia.

The simpler Anglo Saxon term is often more visceral in both meaning and sound. Consider the first example: “kill” evokes a much more powerful and immediate response than “assassinate”. And how about those “f” words for sexual intercourse? Fornication has a whole other nuance than its Anglo Saxon four-letter cousin. I’m not advising that you avoid Latinisms altogether. Latinate words, when used judiciously—and sparingly—provide cadence, lyricism and points of interest in narrative. If you use them sparingly and purposefully, they provide color and texture to your narrative landscape. The key—as always—is achieving a balance.

I once suffered from luciferous logolepsy… and profusely overused Latinate syllogisms, particularly in my line of work as a scientist. When I saw the light, not only did my fiction benefit; but my consulting reports and technical papers were more joyfully read by my clients.

Let the characters and scenes speak for themselves through action and dialogue, rather than using narration to explain what happens. Embracing this way of writing may be the single most effective way to reduce clutter and enhance the vividness of your writing at the same time. While “showing” may in fact add more words than simple “telling”, the way it is read (mostly in the form of action) makes up for the added words. Telling also has its place in narrative; for instance, when you wish to let the reader know about an event or action that you do not want to describe in vivid detail. Simple and succinct telling works effectively as transitional narrative, serving as a bridge for critical showing scenes.

Some novice writers fall into the trap of using metaphor overload (some call it “purple prose”). Overuse of metaphor diverts the reader from the story with “clever” turn-of-phrase and distract them from the most important words in the writer’s arsenal—verbs. Here’s an example:

If you eliminate the simile here’s what you get:

Example 2: John strode into the aft deck and caught Aeryn and Crais embracing. He stopped, heart slamming like the staccato percussion of a demon frag cannon on his wounded soul.

Removal of the simile activates the verb and focuses the reader’s attention on John’s visceral reaction. Which version is more powerful? If the verb is powerful enough, you don’t need to pad it with metaphor. The verb “slamming” already provides what the metaphor suggests, making it redundant.