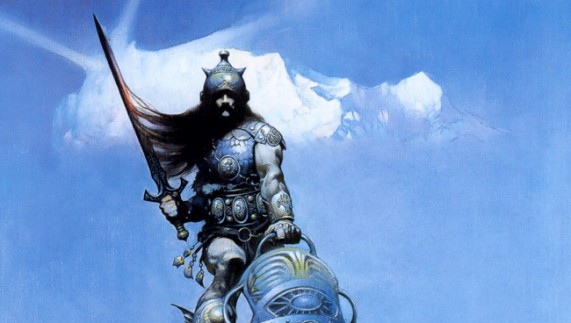 So here I am going to judge one book with two titles and many covers. It is kind of appropriate that this single book should have more than one aspect, more than one face, so to speak, because it is the second in Moorcock’s series of books about the Eternal Champion who is a single warrior who has many names and many guises in multiple universes. Moorcock’s Eternal Champion is a hero who exists in all dimensions, times and worlds, is the one who is chosen by fate to fight for the Cosmic Balance. Sometimes he is Elric of Melnibone, sometimes he is Duke Dorian Hawkmoon, sometimes he is Jerry Cornelius. Sometimes he is Erokese. In this book he is manifested as Count Urlik Skarsol.

When the book begins, though, he is Erokese, who used to be a twentieth century man named John Dakar, but was called to Earth’s distant past to defend against invaders. At the end of the first book Erokese has found peace and contentment, but he is troubled by dreams of eternal struggle. He finds himself transported into the body of Urlik Skarsol, driving a chariot pulled by polar bears across an ice sheet. 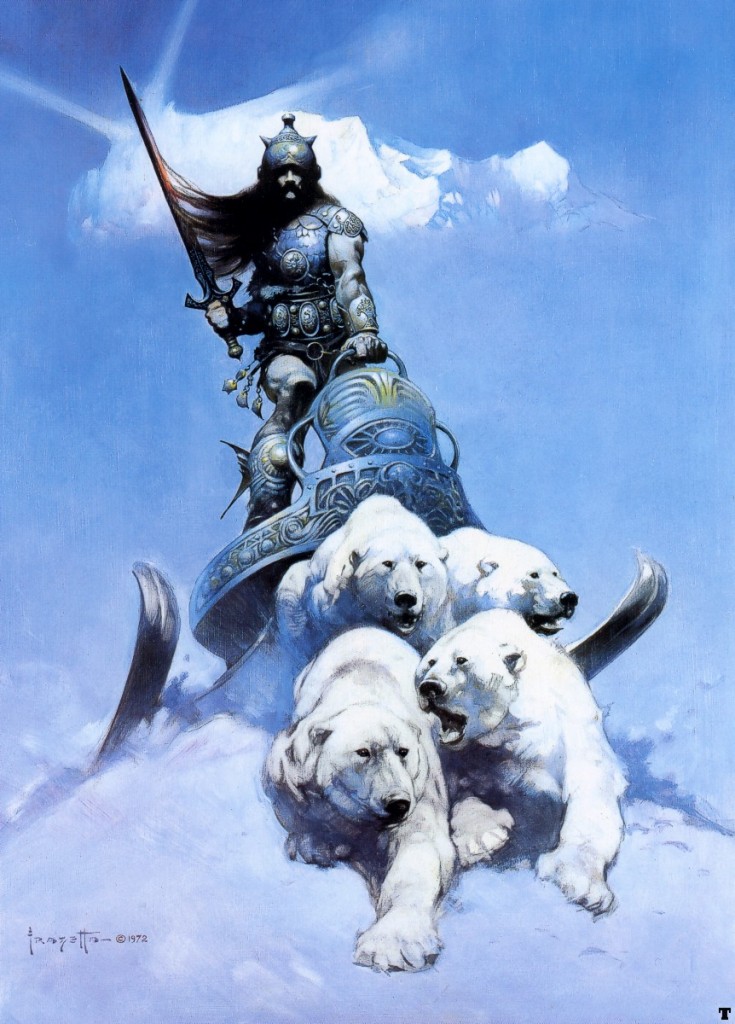 This is the image that we find on the cover of the edition which bears the title THE SILVER WARRIORS is from a 1977 Dell Books edition and the cover art is by none other than the master of fantasy illustration, Frank Frazetta. Indeed, this Frazetta image, a literal portrait of Count Urlik Skarsol exactly as Moorcock describes him in the opening passages, has become an iconic image on its own. I would wager that more people would recognize this image as a Frazetta painting, but would be hard pressed to tell what book cover it adorned, or even that it ever did.

Beyond the mere description of Count Urlik, Frazetta’s depiction contains obvious power. The image is raw and direct as are most of his best works. The iconic sword and sorcery figure brandishing a sword and the sleigh pulled by polar bears which are rendered with such canny intelligence is not an image that one can easily forget. Indeed, this single image has been copied by many artyists either as an hommage or merely a direct rip-off. 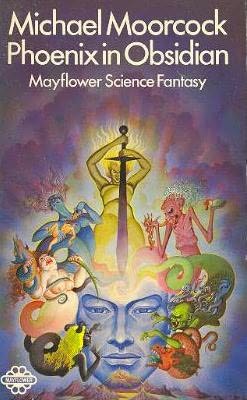 In contrast, the same book bearing the title PHOENIX IN OBSIDIAN has sported a number of covers, but none with the same impact as the Frazetta piece. The original British Mayflower edition featured cover art by Bob Haberfield whose work has adorned many of the British editions of Moorcock’s work.

Haberfield’s cover is distinctive only in that it is the first. His subsequent Moorcock covers, particularly his cover for THE FINAL PROGRAMME has much more going for it. This cover, in contrast, is busy, somewhat ghoulish and lacks a clear focus. 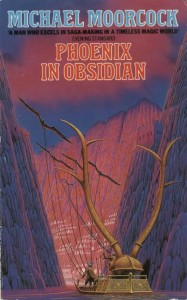 Subsequent editions of PHOENIX IN OBSIDIAN have not fared much better. There is a British edition which features an interating depiction of one of the fantastic seagoing vessels that is featured in the book. It has nowhere near the power of the Frazetta work but does stand head and shoulders above a recent 2014 edition published by Titan Books which features minimal cover art (more decoration, really) but does feature a blurb from Neil Gaiman about how cool Michael Moorcock is.

I have been able to find only one other edition of this work which bears the title of THE SILVER WARRIORS and that was a Berkely edition from 1985 which featured more decoration than actual art but was consistent with Berkely’s other Moorcock editions.

This week I was also going to examine the cover art for another book, but I’m going to have to put that off until later. Amongst the coming week’s picks will be another book with two titles, this time by Michael G. Coney: THE JAWS THAT BITE, THE CLAWS THAT CATCH or THE GIRL WITH THE SYMPHONY IN HER FINGERS and hopefully a few more.

Unknown Burroughs, or: Never Mind John Carter of Mars, What About the Mucker?

Does Your Family Know What Time It Is? (It’s Regular Adventure Show Time)