We often tend to think that Science Fiction and Theatre, if not incompatible, are somewhat harder to stage than its more visual cousins, say Film or Television or the Novel. If we’re to think of Science Fiction as a metaphorical mode, then SF Theatre might be thought of as a metaphor of a metaphor, which leads to mass confusion and discomfort –  a strange sort of metaphor-inception.

However, this is not always the case. In fact, what I’ve noticed recently (in the last 20 years, so sort of recent) is the trend for theatre to take on the world that has invaded almost every aspect of our daily lives – the online realm. 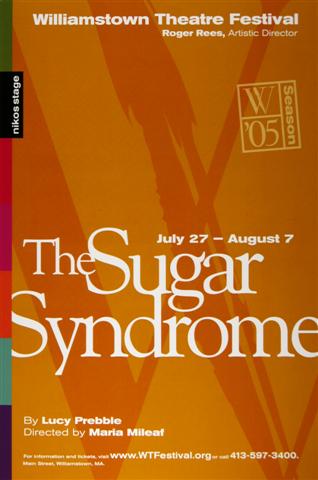 This is where it gets particularly interesting in a theatrical sense. This concept of mediating real life so that it runs to a different tempo to our own (through photographic and verbal capture) has become so intertwined with our physical presence that theatre now seems an ideal subject to stage this phenomenon, as well as stipulate its future. The Sugar Syndrome by Lucy Prebble, Hippo World Guestbook by Chris Goode, the Ideal World Festival at the Watford Palace Theatre which dealt with technology in our daily lives in the future to The Nether by Jennifer Haley and Teh(sic) Internet is Serious Business by Tim Price are just a handful of examples of recent theatre dealing with the internet and speculations thereof. Through mixed media, we can explore the ways of being through a mediated and live lens both at once, to which our internet habits are quickly closing the gap.

So what else is particularly compatible to Science Fiction and Theatre?

The hivemind. A chorus with a reality, one that can represent a large body of people moving and thinking as one. Mac Rogers in The Honeycomb Trilogy, through the use of aliens parasitically using humans as telepathic hubs, makes this point clear as new ways of live are transforming before our eyes as they have now lost their identity. 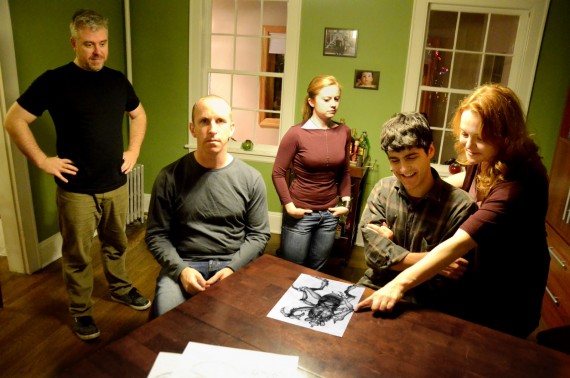 My new play Sum deals with this hivemind in a different sense – this is carried out through a technology that links minds together, through humans that have either been forced through act of the new criminal law system to be policed mentally, to those who wish to stay ahead of the trend. The play involves a number of women who are now connected to this system, with the consequences and triumphs of this construction.

Science Fiction Theatre needn’t be seen as a struggle, but simply as a generative constraint to think beyond the box (or in this case, stage). 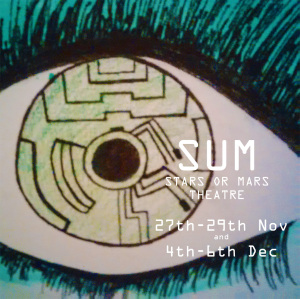 SUM is on at The Bread and Roses Theatre from 27th-29th November and 4th-6th December. More info can be found here.