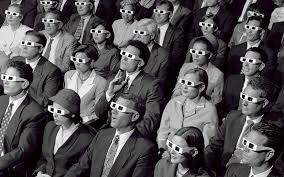 I just came across an interesting article while browsing through the latest edition of Publisher’s Marketplace. A new production company El Jefe Productions [us]  is specifically designed to help novelists get their ideas into TV projects.Judging from the fact that so many movies are being adapted from novels these days it appears that producers are beginning to appreciate the intricacies of knowing how to write a real story!

The evolution of this trend is interesting. I wonder if the thrill of special effects is dying? Theaters with 3D and D- box seats are pulling in just as much income from standard films as they are from the spectacular experiences. The last time I went to a theater, the red chairs, the ones that rotate and vibrate during the course of the movie, were empty. And I’ve heard many complain about 3D glasses causing headache. Where the phenomenon was once eagerly sought after, I can’t help feeling that when the Hobbit made it’s debut, the question ‘do we 3D or don’t we’ became a hashtag to movie goers.

The argument was the story. Whereas the sensation of falling through space on rope bridges or riding rapids in barrels was analogous to a ride at an amusement park, how much of the story was lost with these effects? Most true Tolkien scholars chose to see the film (at least the first time) in 2D. I made that same choice myself because I felt the special effects took away from the elements of the story that I was looking forward to. Dizzy from the 3D effects, I would not be able to observe that special glance of Gandalf’s, or hear the subtle clearing of the throat from Bilbo. No. Everything went too fast, with flashes of light and spinning movement and interesting objects dashing out into the audience. 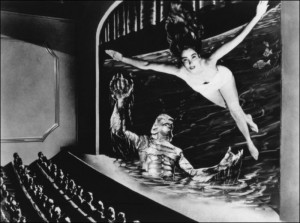 Perhaps movie goers are beginning to understand the worth of a well developed story. It seems that way. Movies such as Divergence, The Giver, The Adventurer: The Curse of the Midas Box, 300: Rise of an Empire, the Hunger Games, and many more (for a list visit New Movies Based on Books) offer the viewer plot and character growth and sense to what their watching. Seriously I have seen movies that weren’t adaptions that basically were just about a chase with no fundamental structure whatsoever. I’m glad there is a new trend. I have confidence in writers. A novelist works hard at understanding and implementing the structure of their creations. Plot is only one part of the story. There’s relationships between characters, goals that need to be met, or prevented from being met. There’s conflict more important than shooting each other and destroying the environment. Inner conflict comes into play as well as external. And there’s a world to build.

I’m sure Hollywood has more of a marketing agenda rather than any kind of literary agenda. Best selling books ought to make best selling movies. Their audience has already been captured. But the Indie market is picking up on the worth of a good author, be they a NYT Bestseller or not, and as this recent sprout of a production company suggests, authors should be awarded for their years it took them to develop their concepts and to write their books. I hope we see more production companies working with authors directly. I think the products will be rich and rewarding.