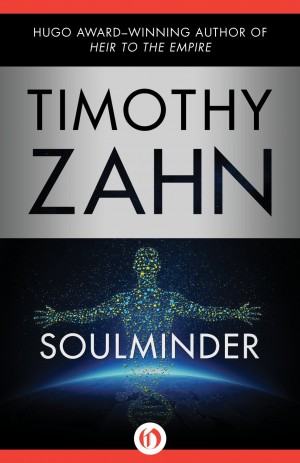 What is a person’s soul?

Is it an intangible force determined by God’s will or a finite piece of energy specifically linked to the human body?

Timothy Zahn’s upcoming release of Soulminder examines this question and a wide range of related questions as one man. Dr Adrian Sommers, tries to prevent the tragedy that directed his life, the untimely death of his young son, from affecting anyone else. His plan is to find a way to capture the soul at the instant of death and keep it safe while the body is repaired and then return the soul to the body, ready to continue the life potentially lost.

Building on prior experiments which show there is a definite, measurable loss of mass and energy from the body at the time of death (not just something made up for the book, these experiments have actually taken place) and a variation of experiments into Kirlian Auras, Dr Sommers finds a way to trap the energy loss- the soul of the departed person- keep it safe and then put it back in the body once the damage has been corrected.

Hounded by religious leaders and governments, some of whom want to shut him down while others want control of his process, Sommers builds an industry minding souls for other people, keeping them safe and ready to live again. No longer does an accident claim someone entered into the Soulminder database. They are saved electronically and re-entered into their bodies once their bodies are ready to resume a normal life.

But the process and the company are not without challenges. Someone devises a way to leave their body then move to another body, effective leaving behind a criminal history in a way that cannot be traced- the perfect disguise. A government learns how to use the death and reimplantation of souls as the ultimate means of torture, killing and reviving their victims ad nausium. In the process of protecting his process, Sommers must actually hold government leaders for ransom, threatening to delete their records from his system and threatening them with true death, unable to be reincarnated in their own or any other body.

Mr. Zahn does an excellent job of discussing the pros and cons of a process to prolong life, indeed even provide immortality as people are able to return to young bodies after a full life in their own flesh. Not all questions are answered as this is a subject rife for discussion ongoing as people find new ways to misuse a process this controversial. But the points discussed are well made and well covered. He even invents a new profession: professional witnesses. People rent out the use of their bodies to other individuals who have been murdered, with the bodies lost to repair, and the victim can testify at the trial of their own killers. Once the trial is over, unless a spare body can be found the victim passes on to their final rest, if they so choose, or remain in “stasis” until a body can be found. People who wish to commit suicide now have the option of “donating” their bodies for use by these disembodied entities.

Overall, Soulminders is a very well done and very interesting look at the possible future of technology as we attempt to prolong life for people. And once again science is asked the question: Just because we can, does it mean we should?