Perhaps I have a persecution complex, but it has always seemed to me that humorous SF/F has been the red-headed stepchild of the publishing industry. While her plain and unremarkable narrative sisters were getting regular invites to the ball, she was at home scrubbing and polishing her prose to no avail since her evil step-publisher wouldn’t let her get anywhere near the Prince (readers). There are signs, however, that her fairy-godmother has finally arrived in the form of indie publishers, kickstarters and self-publishing (Yes, I know, that is three fairy godmothers, but Sleeping Beauty does not work for my analogy). Now, thanks to shifts in the industry, deserving humorous SF/F like Ira Nayman’s You Can’t Kill the Multiverse (But You Can Mess With its Head) are finally getting a chance to reach an audience, an audience that I think will appreciate the introduction.

You Can’t Kill the Multiverse relates a series of adventures by agents of the Transdimensional Authority, an organization tasked with policing traffic between alternates universes. Someone has been smuggling fake Home Universe Generators into alternate realities and it is up to Nayman’s colorful characters to crack the case and figure out who is behind this crime wave. Though published as a novel, the book reads more like a collection of linked stories, each chapter constituting an investigation into a specific alternate universe, and oh what creatively whacky universes these are.

The first chapter starts with an evil wizard infiltrating a non-magical universe like our own and unintentionally turning all cars within a twenty mile radius into giant frogs. Agent Blunt, his usual partner on leave after an unfortunate incident involving a staple gun, must go it alone and journey to a universe inhabited by evil wizards, table waiting dragons and Jewish gnomes.

The second chapter, “The Rhododendron Who Cried Foul at Teatime” is simply brilliant. Were it broken out as a novella, I would consider it the funniest new SF/F novella I’ve read in the last ten years. It’s that good. Agents Biff and Beau venture to a universe where artificially intelligent machines are over-eager to serve them in a reality curiously short on humans. I give it the ‘worth the price of admission’ tag.

Next up is the tale of agents Begbie and Bowens who arrive on an alternate earth simultaneously hit by a robopocalypse, zombie apocalypse, and alien invasion. The story is interlaced with a spoof of McCarthy’s The Road, a subplot that I might have found funnier had I ever read or watched the original.

The fourth adventure takes TA agents Noomi and Charlemagne, who fancy themselves as Nick and Nora Charles of Thin Man fame, to a universe where all matter has become conscious on all levels from the sub-atomic on up to the universe itself. One of the characters, Antonio Van der Whall, features in Nayman’s short story “Weird Stories, Strangely Told” recently published in Amazing Stories 88th anniversary issue.

In the fifth investigation agents are dispatched to Digitaleusia, home of the digital gods where they must seek audience with Arrundel, the All-Programmer. The sixth and final chapter brings all the threads together. 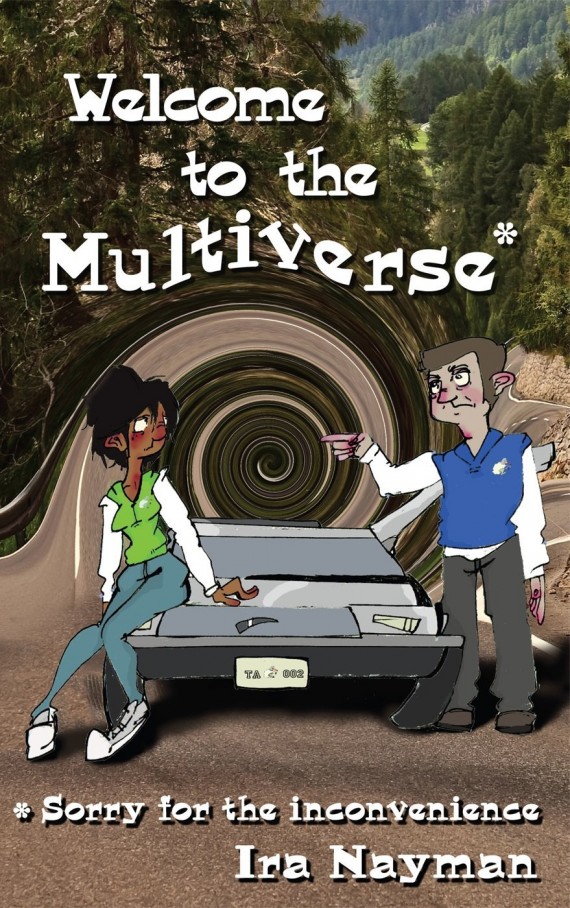 Nayman employs something of a kitchen sink style of humor. By that I mean that he throws everything but the kitchen sink at the reader (actually, he throws the sink too), utilizing diverse humor techniques in a rapid fire manner. His style is heavily metafictional, regularly breaking the fourth wall for comic effect. And he uses cultural references (mostly SF/F) almost as frequently as he makes jokes.

While I thoroughly enjoyed the book, it is not necessarily for everyone. First, it is decidedly aimed at genre fans, but since you are reading this review at Amazing Stories, it is probably safe to assume that you are one of us. Second, if you haven’t been born yet (I’m told that what I write on the internet never goes away, so who knows when you were born), the cultural references will likely leave the book feeling a bit dated. Third, if you prefer subtle humor, this is not the novel you were looking for. Nayman lets loose with every weapon in his comedic arsenal. But for those who enjoy full-throttle comedy, the kind that forces audible guffaws in public places, I highly recommend you give Ira Nayman’s You Can’t Kill the Multiverse (But You Can Mess With its Head) a try. You might also want to try Welcome to the Multiverse, Nayman’s first book involving the Transdimensional Authority. I haven’t read it, so I can’t attest to its quality, but I can say you don’t need to read it to enjoy the second. Both Multiverse books are available from independent publisher Elsewhen Press.

Which is kind of short-shrift for women – one month only – considering that homo sap history is women’s history and, like, there’s this whole birth thing which kind of suggests that without women there’d be no history of any kind but, be that as it may: Science Fiction fandom has been doing a lot […]

It seems like just yesterday I’d won a pack of strange cards with the word magic written on them. Peeling off the foil revealed strange, mystical images and symbols — both enticing and entrancing. I was 11 years-old, it was 1994, and I’d just started a lifelong journey into the world of Magic the Gathering. […]