The recent discovery of an ancient dwarf galaxy could reveal a peak back into the early universe.

Scientists have discovered a small galaxy circling the Milky Way thought to be a fossil left over from the early Universe. If this is found to be the case, what it contains might prove to be an absolute treasure trove to astronomers. Why?

The dwarf galaxy, known as Segue 1, is thought to be an enormous cloud of dark matter decorated with a smattering of stars. Those stars are virtually pure comprised of fewer heavy elements than any other known galaxy.

To give you an idea of what we’re looking at, consider this. The Milky Way contains over 100 billion stars. Segue 1 only has about 1,000. Yes, I said one thousand…not a slip of the finger.

Just look at the comparison between the two below. 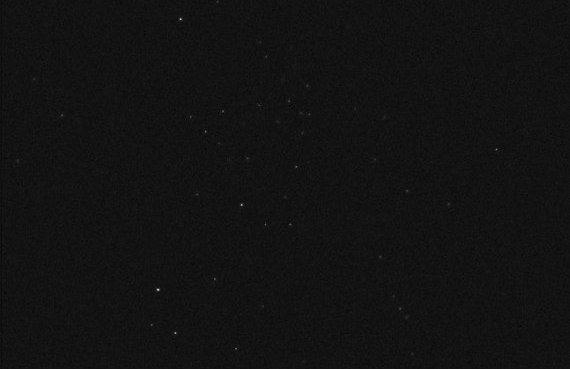 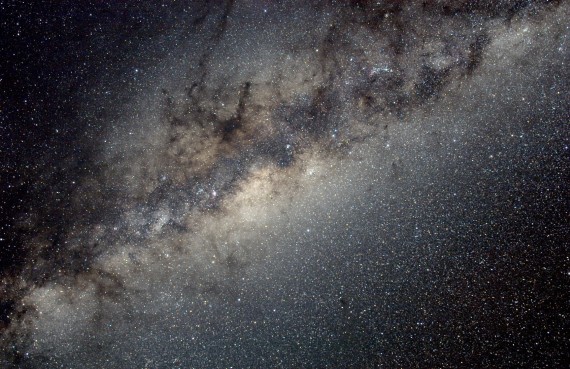 And yes…you could be forgiven if you thought you weren’t looking at anything in the first picture.

Now, the fact that we find so few stars with such small amounts of heavy elements suggests Segue 1 stopped evolving around 13 billion years ago. If this is the case, we have a wonderful opportunity to take a peek back into what the early universe was like, and through it, get a glimpse into the mysteries of galactic evolution. How so?

One way to tell how long ago a star formed is by its heavy element content, which can be assessed by the characteristic absorption features in the star’s spectrum. In a nutshell, very old or primitive stars come from a time when the universe was young and few large stars had yet grown old enough to fuse lightweight atoms – like hydrogen and helium – into heavier elements, like iron and oxygen.

Early, and therefore ancient stars that formed from such gas clouds are therefore very low in the heavy elements that are now so common.
(The Sun, for example, is metal-rich. About 1.4% of its mass is composed of elements heavier than hydrogen and helium. But the Sun was only formed 4.6 billion years ago – two thirds of the way from the Big Bang until now – and is the result of multiple generations of earlier stars).

But, when astronomers gathered iron data on some of the stars in Segue 1 with the Keck II telescope, they discovered three of them have less than one 2,500th as much iron as our own Sun. And this is where things get interesting, why? 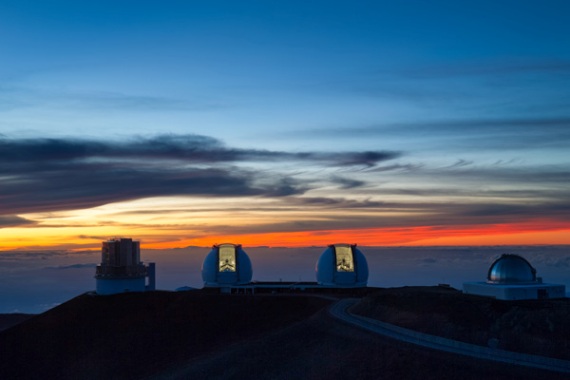 Because Segue 1 just might be a surviving first galaxy that experienced only one burst of star formation. Not only do the low chemical abundances suggest this galaxy is composed of extremely old stars, but they provide tantalizing hints about the types of supernovae explosions that helped create these veterans.
(When high-mass stars explode they disperse a mix of elements. But when low-mass stars explode they almost exclusively disperse iron. Thus, lack of iron suggests the stars in Segue 1 are the products of high mass stars, which exploded much more quickly than their low mass counterparts).

Evidence to support this was uncovered when six of the observed stars were shown to possess some of the lowest levels of neutron-capture elements ever found, with roughly 16,000 fewer elements than those seen in the Sun. Such elements are created within stars when an atomic nucleus grabs an extra neutron. So a low level indicates a lack of repeated star formation.

A group of astronomers from Cambridge University noticed something strange about the stars within Segue 1. Using the Keck telescope’s Deep Extragalactic Imaging Multi-Object Spectrograph, they measured how each of the stars in this group moved, not just in relation to the Milky Way, but also in relation to each other.
Why would this be of interest?

Well, if there was only a trace amount of dark matter within Segue 1 – as in other galaxies – its 1,000 or so stars would all move at about at roughly the same speed. But the Keck data showed they don’t.

Instead of moving at a steady 209km per second relative to the Milky Way, some of the Segue 1 stars are moving at rates as slow as 194km per second while others are going as fast as 224km per second. This tells us that Segue 1 must have much more mass to be able to accelerate the stars to those velocities.

Now, the power required to cause the different star velocities seen in Segue 1 has been calculated at 600,000 solar masses. But there are only about 1,000 stars, and they are all close to the bulk of our Sun. Therefore, virtually all of the remainder of the mass must be dark matter.

This is exciting news, because previous searches for primitive stars have yielded less than 30 examples. Now, we have many more to play with, and they really are some of the oldest and least evolved stars we’ve ever encountered. Each and every single one of them provides an important clue to suggest there may be a greater diversity of evolutionary pathways among galaxies in the early universe than had previously been thought. What’s more, the teams studying these latest finds are certain that it won’t be long before we discover even older, darker dwarf galaxies out there that will take us yet another step closer to understanding the warped physics involved during the first moments of the cosmos.

(Details obtained from the Astrophysical Journal.)