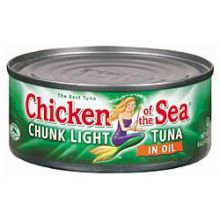 CORRECTIONS:  I mis-read the guest post on Ms. Bambury’s blog:  the post in question was authored by Effie Seiberg who was the writer taking some time to write and figuring out how to do cons on the cheap.  Beverly is the publicist – specializing in science fiction, fantasy, horror on other wonderful genre stuff.   I have replaced Beverly’s name with Effie’s throughout.

Effie Seiberg, a budding author who recently authored an article on the joys(?) of figuring out how to attend conventions inexpensively.  Beverly took a year off to write, which meant little to no income.  At the same time, she had a professional need to attend conventions.  Her article The Cheapskates Guide To SF/F Cons, touched my nostalgia nerve (actually nerve bundle.  I have a well-developed sense of nostalgia, known in the medical fields as “pining for the fjords”).

As I read through her no-doubt valuable advice, I was struck by how different things have become.  Fans on a budget have much steeper hills to climb these days, the steepest perhaps being the income gap mountain.  I remember hotel rooms for $30/night (or less for fleabags); convention membership fees of $10 and $15; restaurant meal costs hovering under ten bucks.  Even at the ripe old age of thirteen, I could manage to scrape up a good portion of the necessary by cutting lawns, saving allowance and lunch money and turning in bottles down at the old A&P supermarket.  No way you can fund a trip to a con from the change jar these days!

I started my own con-going career at a very early age (13), but that was not as much of a barrier to travel and con-going then as it is today.  I had no trouble reserving a hotel room (they won’t even think about allowing an unattended minor to stay in a hotel these days);  a few years later would see me renting a car to travel to some conventions;  these days they won’t rent to anyone under 25.

Effie begins her missive with the number one rule:  prioritize your con-going.  No such thing back in the day.  If there was a con within any kind of a reasonable travel distance of home, I was going (or would at least try to go).  Sure I was still living at home and could always count on a roof and a meal, but so far as I was concerned back then, GOING was the priority.  Expenses, food, lodging and all the rest would take care of themselves one way or another.

Of course I wasn’t going for any reason other than – CON!  FANS!  24 Hour Film Programming! Hucksters Room Filled With Pulps!.  Certainly authors and artists must calculate the potential benefit of attendance versus the costs these days but – CON!

Effie offers suggestions on cutting travel costs – and boy do we need that these days; air travel has gone through the roof, trains even more so and gasoline?  Sheesh! But back in the day getting to the con was easy.  Hitchhike, take the bus, find someone else in the area who was driving; air travel was even approachable from time to time as an average ticket from say, Newark NJ to Phoenix, AZ was under two hundred bucks – and a smaller percentage of income than a similar adjusted-for-inflation price would be today.

I spent a lot of time on buses, hitchhiked only a few times (too unreliable) and drove to many conventions once I was 17.  Getting a couple of friends to go along for the trip dropped our individual cost for gasoline (and tolls) to a negligible amount.

Effie then moves on to lodging.  And she never even mentions sleeping in your car!  (Here’s a hint that may no longer be useful:  your convention badge ought to be enough to keep hotel security off your ass…especially when most of them will give a wink-and-a-nod to your bleary excuse that you’re just looking for something in the car…or just taking a quick nap….

I was the master of crashing when it came to lodging.  I knew I could always count on someone offering me floor space, and if I could actually afford to pay something, I might even get part of a bed (or at least the coverlet).  On one legendary occasion I was flush and got my own room, figuring I’d return the favor and ended up with 13 fans staying in a single.  We broke the bed down into box spring and mattress to sleep 4 (I don’t think you can even do that anymore), with two other fans taking the space under the bed frame;  the closet had an occupant and so did the bathtub.  If I remember correctly, no one paid more than ten bucks for the entire weekend.

But the tricks didn’t end there.  If you could handle the party scene, you could ALWAYS find a party room to “pass out” in.  By the time the festivities ended at 3 am or so, no one staying in the room really cared how many bodies were draped across couches or chairs.

And then there were the over nite film rooms.  Conventions used to dedicate function space to a film theater and if somehow you ended up without floor space, there was always a chair (or the floor) in the film room.

Of course Effie covers food next.  Bring your own was my go to, along with a handful of other living on the edge tricks.  My usual fare included an ancient version of Cup-o-Soup and one of those coil heaters you can plug into an outlet; I was also pretty keen on tuna fish.  Somewhere around the Amazing Stories HQ I’ve got a can of tuna fish (chicken of the sea) that attended its first convention in, I think, 1976.  It didn’t get opened at that con for one reason or another and ending up accompanying me to the next, after which bringing the unopened, unregistered member to conventions became a thing.  (I’m not ever planning on opening it….)

Consuites (hospitality rooms for convention members) were stocked much better back in the day.  On the other hand, I am living proof that you can live off of pretzels, potato chips, peanuts and trail mix over an extended weekend.

Of course there was the “going to lunch with friends” gambit, which entailed not ordering anything and then asking “are you finished with that”?  (It made for interesting meal combinations.)

If you were up early (as many con-workers are), you could roam the hallways looking for uneaten room service trays out in the hall.  (You’d be surprised;  filet mignon for breakfast?  Sure!);  sometimes you could also ORDER room service from a house phone and ask them to leave it outside a room you’d picked, knowing no one would be in it when the food was delivered.  That’s underhanded, downright theft, but it used to work.  No more.

And then there was the Ponderosa Ploy.  A lot of steakhouses had salad bars, usually included with a main dish.  No one working one of those restaurants ever kept track of whether or not the people visiting the salad bar matched with those who had ordered a meal.  I remember one convention (a Balticon?) where there were at least two freebooters for every paying customer.  I don’t think you can get away with that one anymore either.

Drinks?  Party Rooms.  I tell ya, you’ve NOT put a drunk on until you’ve been drinking sangria out of a fifty gallon trashcan for an entire evening, followed by the passing of a fifth of Murphy’s Irish Whiskey as everyone in the room sings Emerson, Lake and Palmer songs. Pay for drinks?  I think not.  (The fact that I can even remember any of that scares me.)

The Huckster’s Room?  Learn to live with frustration. Or develop a really good line about writing reviews for your blog.  (Not that we had blogs back then; I think the operative word was Fanzine. When I was younger a wistful look and a sigh infrequently resulted in a freebie; more often than not I ended up collecting business cards and con flyers.)  And no, you can NOT trade a can of tuna for a pulp.

The ultimate trick though used to be working on the convention itself.  From gopher to department head, everyone got comped in some fashion or another – no membership fee, a crash room for gophers, a free meal every day.  Even that has changed.

The last con I attended (a Boskone in Boston) saw me commuting each and every day. Gas and parking fees were far less than getting a room for the weekend.  I ate one or two meals at the hotel restaurant.  I missed a lot by not slumming it.  But a lot of years have gone by and I don’t get up from the hotel room floor as easily as I once did.

Effie‘s essay can be read here on Beverly Bambury’s blog.

Beverly noted in an email she sent after reading the preceding that the experience for male fans crashing at cons was undoubtedly different than it was for females; while I do know of several female fans who often attended conventions in the same ways I did back in the day, I’m sure that Beverly’s note is correct, perhaps even more so today than back then.

Fans are nothing if not creative and, over the decades, fandom has come up with not only our own jargon and customs, but also our own art forms. We even have a unique verse form, Widowers. Judas hanged himself from a bough A curious use for trees…. What use to perish, no more to cherish […]