Dragons were given their title sometime around the13th century, their name coming from the Greek word δράκων, (drakon) meaning “giant seafish”. Legends in both the Orient and Europe 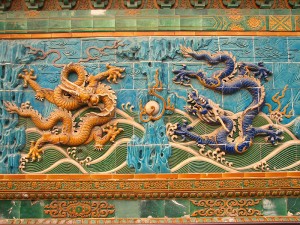 spotlighted these fire breathing serpentine creatures. Heroes came from far and wide to slay them, to rescue the princesses, to save the village-or the world-from the destruction of their might. Representative of ultimate evil, magnificent power, and the devil himself, he has indeed found his place in a world whose questions prompt legends and myths for answers.

Unnamed dragons have been slain by famous men in literature-gallant and brave souls such as Beowulf, King Arthur, and St. George. Both ancient and modern story tellers write of dragons. The dwarfs of Middle Earth sought to challenge the dragon Smaug who stole their homeland and it’s treasure under the Lonely Mountain. (Tolkein’s Hobbit). When the boy Eustace complained about his cousins and his sad state of affairs having been involuntarily swept off to Narnia, he was changed into a dragon in C.S. Lewis’ Voyage of the Dawn Treader.

In fact, the story of the dragon is so inclusive that to cover even a portion of all the marvelous legends throughout history in one blog post would be impossible. That is not the purpose today. Today I want to talk about the dragon in the Indie marketplace because during my search I have found some wonderful tales just now being told.

Perhaps in the future I will do a series on dragons of the past, present and future!

In my search for contemporary dragons, I came across some very interesting tales that I would like to share with you.

My own dragon, Stenhjaert (Stone Heart) lives on a desolate and haunted mountain peak called Deception Peak in a land causally named The Realm by our hero’s father. This gigantic fire-breather keeps watch over the mountain, guarding the frozen crystal that would seal the portal to the real world.

There’s a German dragon, Miro the Dragon (you can read about him here) and I was able to gather some of his vitals. He’s about 3 inches high and eats blackberries. He’s a little bit happier than the violent dragons of the past. He lives in Drakonia, a fantastic place full of dragons where there is no 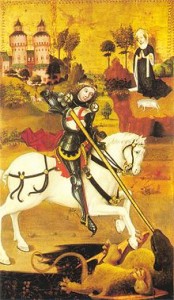 snow or winter. Every now and then, he visits the author Theresa Berg in “our” world to tell her of his newest adventures and make her write them down. He accompanies her when she works for the Federal Office for Magical Creatures, and teases her cats when they’re at her home in Germany. Miro is probably the tiniest dragon out there, but surely he’s also the cutest. He has almost nothing in common with the fearsome, huge dragons of mythology (apart from the fact that he could, if he wanted to, burn the cats when they get too annoying…). He’s curious and cheeky, but too cute to be angry with him for too long.

Quite the opposite of Miro is another dragon named Lester created by author Jan Goeb. Lester is a Chinese Green, male and of moderate size. He takes his role a guardian of the home very seriously and if taken on a journey will protect whatever space I occupy. He brought me his favorite toy when I was in hospital for heart surgery and granted to any student who petted his surrogate top marks on the next exam. His favorite food is literary critics, especially constructionists and those with no liking for fantasy. When he is not helping me with my writing he assists Al in the forge. Damascus steel made with his breath is unique. Lester tends to rest in the forested highlands of Nova Scotia and can most often be found in Kedjimkujik National Park. He blends nicely with the hardwood trees and firs by showing his green back in spring and summer, the polychrome belly scales in Autumn and his black spinal ridge in winter. As he is rather shy I usually set out honey cakes and freshly brewed green tea and wait patiently for him to come to me. I once caught him swimming on a hot summer’s day and he fled in embarrassment. 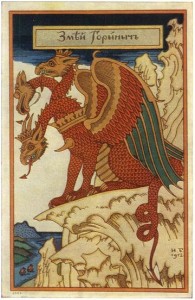 Vern, a professional problem solver in two universes is a for-real dragon. Sister Grace, his partner, is a mage from the Faerie Catholic Church. Vern says, “Need high-powered magic or magic from On High? She’s your nun. We’ll handle just about any case that pays and, being a dragon, I’m not particular about how I get paid. Cash or carrion, I’m your dragon. We do everything from find lost pets to save the universe–sometimes at the same time. Hey, I’m a dragon. I can multi-task. Karina Fabian novelizes our cases. Check them out on this site, or better yet, check them out at the library or Amazon. It helps the dragon, and that’s a good thing.”

An intriguing dragon’s son from Europe (Germany)  is the Count Jan Stolnik de Burgk of Freital who is a secret son of Maria Antonia, Princess of Saxony and Queen of Poland. His father is a dragon. This heritage makes Jan ageless, immortal in fact, he is a mind reader and a fire addict, who just loves to burn his fingers, but most people think him a hunchback because his wings are crippled and he is unable to fly. At the age of fifty he has settled down as courtier and travelling marshal at the service of his nephew Prince Anton who’s Grand Tour brings both to Venice. His story is told in detail in the Dragon and Phoenix is a series of 7 novels, written in German language.

The world of dragons is vast and colorful. From children’s pets like Puff the magic one, teenagers’ charges like Toothless (How to Train Your Dragon), to coming of age dragons such as Eragon’s, the giant reptile will always have followers!,