Turns out that one of the most terrifying of astronomical objects may be a giver of life. Andrew Weston explains.

It’s strange to think that one of the most destructive forces known to exist would appear to be a contributing factor to the stability of life. What do I mean? Well, it’s now assumed that the mass and speed of rotation of the multitude of galaxies scattered like stars throughout the known cosmos is governed by one important factor. The size of the Supermassive black hole buried deep at their cores, otherwise known as AGN’s – Active Galactic Nuclei.

Yes – contrary to popular belief, Black holes are a contributing factor to life.

While we can’t see them directly, we know they’re there because of the huge amounts of X-ray emissions they create as they continually devour any matter coming within their reach, and of course, because of the direct impact they have on surrounding bodies.

Let’s take a look at our own galaxy as an example.

At the center of the Milky Way lies a behemoth of a supermassive black hole with over 4,000,000 – yes, four million – times the mass of our own sun, called, Sagittarius A. 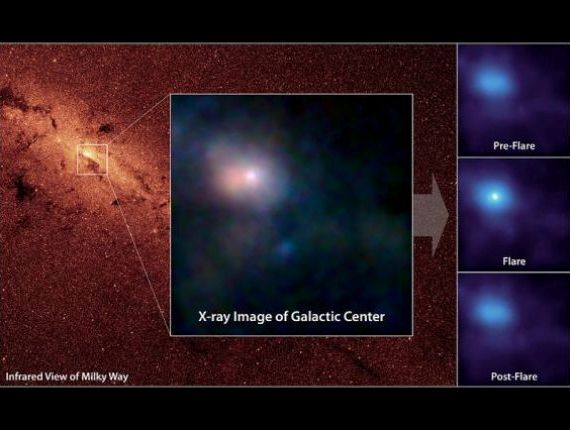 Astronomers, using the European Southern Observatory’s VLT, (Very Large Telescope) have recently been studying Sagittarius A, and with good reason.

It would appear Sagittarius A has been venting its rage on a vast cloud of gas and dust near to the center of our own galaxy. The cloud is actually being stretched out of shape into something that resembles a string of spaghetti by the overwhelming gravity the black hole generates. And while it might sound scary, it isn’t. Why? It’s providing astronomers with a unique opportunity to understand more about this mysterious phenomenon. 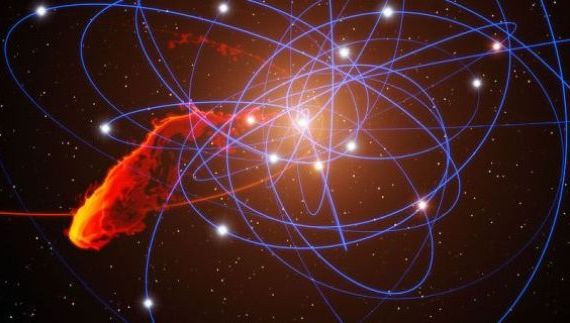 As the cloud stretches, its light gets harder to see. But, astronomers have been able to measure the clouds velocity by concentrating their telescopes at the region of space close to Sagittarius A. By taking accurate measurements, scientists are beginning to understand how the mechanics involved in Galactic Anchoring work.

For example. Because they already know how big Sagittarius A is, and likewise, the size and mass of the Milky Way, astronomers are beginning to work out the correlation between the mass of the supermassive black hole the brightness of the X-rays it produces, and the size of its dependent galaxy.

Eg…Is the size and speed of rotation of each respective galaxy, directly proportionate to the mass and energy of the Active Galactic Nuclei anchoring it? Are those Galactic Anchors linked in any way? And – how about this – what happens when the Galactic Anchor stops feeding?

Think about it. Even a supermassive black hole has an effective range or active zone. (A distance inside of which everything gets eaten). But – outside that zone – what happens then?
Look at the picture below 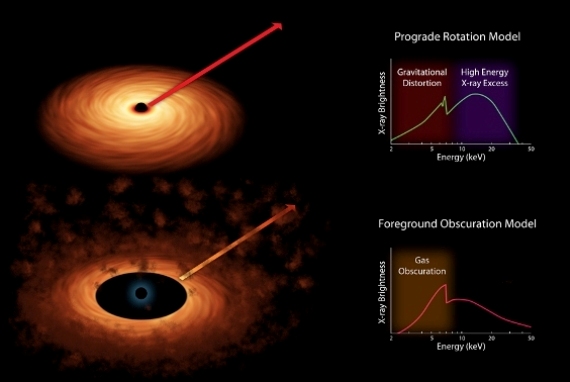 Well, we might be on the verge of finding an answer. As we mentioned, a feeding black hole creates vast amounts of X-ray emissions from the process of devouring material. Observations by NASA’s NuSTAR spacecraft recently failed to detect these telltale X-ray emissions from NGC 253 – otherwise known as the Sculptor Galaxy. That’s strange, because only ten years ago, the Chandra X-ray observatory (stationed 139,000 kilometers up in Earth orbit) revealed masses of them. A sure sign that this particular Galactic Anchor was feeding. Now it’s not. Why? 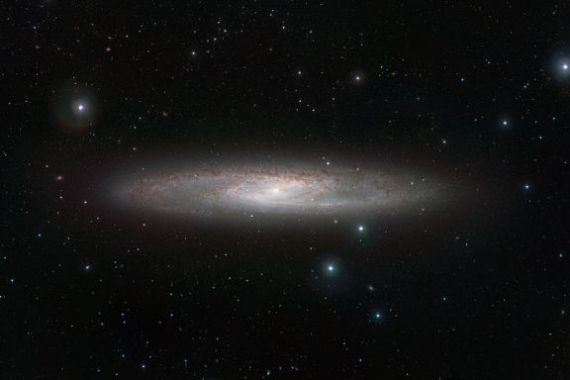 (Point: To be clear, astronomers are not yet sure whether this particular black hole has fallen asleep or whether the Chandra observations were gathered from a different nearby source of X-rays).

In any event, it’s quite exiting, because it steps into the realms of what astronomers predict should happen. Eg, once an actively feeding black hole has consumed everything within reach, it will settle down. A stable zone should be created. A barrier. An empty area of space which effectively separates the Anchor from the rest of the galactic mass, and protects it from annihilation.

First signs are indicating that might be occurring in the Sculptor Galaxy.

Good news for us. It’s a relief to know that hungry giants can go to sleep. Tread carefully now, you wouldn’t want to wake them up.

They’re going to need lots of “Plimps” to explore Venus