From our perspective it would appear quite logical for the nation of Israel to be located where it is today, in the disputed region of Palestine. The region has links to Jewish culture, history and religion, but that was not always important for Zionists seeking a Jewish homeland. Here are five possible Jewish homelands from history: 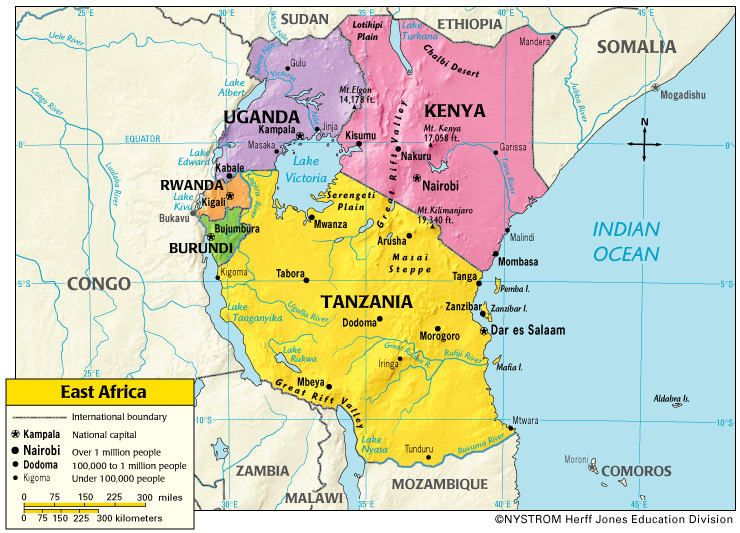 In 1903 the British government offered territory in British East Africa to act as a homeland from Jews fleeing Russian pogroms. Although it was called the “Uganda Scheme“, the land tract itself was located in modern day Kenya. For a variety of reasons the proposal was declined, but it was a very controversial decision and split the Zionists between those who wanted to establish a Jewish state in Palestine and those who didn’t care where the Jewish state was located.

What if, however, the vote had gone the other way? Perhaps some key opponents were removed or supporters had a better day. Either way Jewish settlement begins in Kenya and attracts more Jewish families from Europe. These settlements spread into Uganda and maybe even German East Africa, if a great war between the European powers still happens in this timeline. British East Africa might be more willing to be a dominion of Britain and might gain independence as a region instead of half dozen states it is now. The downside is you may just be transplanting the current Israeli-Palestinian conflict to Africa, with indigenous Africans standing in for the Palestinians. If decolonization still happens, White Africans would still likely leave for their ethnic homelands, but the Jewish settlers and their descendants might not feel they have the same luxury. They would probably stay behind and work/fight to keep their new homes. They might even work to prop up local white-minority governments in Africa, which would not be a good thing.

Today there is a little known autonomous province in Russia called the Jewish Autonomous Oblast. It was established in 1934 by the Soviet Union according to Stalin’s plan to provide for a Yiddish cultural site. In 1948 the Oblast peeked at 30,000 Jews calling the region home, but today only a little more than 1% of the population is Jewish (they kept the name though). There were a lot of reasons for why the region never attracted many immigrants, but in my opinion I don’t think people wanted to live under Communist rule in Siberia when a better option presented itself in the Middle East.

So what if the Jewish Autonomous Oblast was a success? Perhaps the best way to do it would be to prevent Israel from gaining its independence. Losing the 1948 Arab-Israel War would certainly do it. Without anywhere else to go, Jews might find they could brave a Siberian winter if it meant having a homeland of their own. The Oblast population grows and Jews become the largest demographic group. This has the negative side effect of the West associating the Jewish people with Communism, which will mean tough times for Jewish Americans during the Red Scare, although it might just drive more immigrants to the Oblast. Economic historians would probably say the Soviet Union would still collapse in this timeline, but a Jewish Autonomous Oblast that is primarily Jewish may try to become an independent state, while cozying up to China against a Russia looking to gain back lost territory. 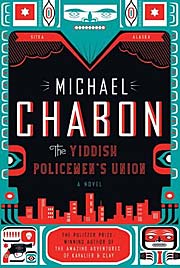 The Russians aren’t the only ones who proposed a subartic homeland for the Jewish people. In 1938, the Slattery Report proposed settling Jewish refugees from Nazi Germany to the then Territory of Alaska. Not only would it provide a temporary home for European Jews fleeing oppression, it would also boost the local economy and help defend the territory from a future Japanese attach (and least someone was thinking about the possibility at the time). The plan, however, never came to fruition. Jews and non-Jews opposed the idea, but it was the failure to get President Franklin Roosevelt on-board with the plan that provided the final nail in the coffin.

But what if the Stattery Report got more support? Perhaps an intrepid journalist is able to show Americans how bad things really are for the Jews in Germany. America increases in refugee quota and a thriving Jewish community grows in Alaska. Such a society was present in the award-winning novel The Yiddish Policemen’s Union by Michael Chabon. Although it worked in the book, I’m not convinced that such a settlement would be temporary. Perhaps such a community would be incorporated into the State of Alaska or else evolve into something similar to the Native American Reservation system. Either way, America would help save more lives from the Holocaust and gain a larger Jewish community within its borders. One wonders how this may effect future immigration debates… 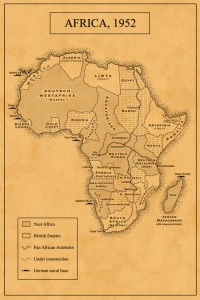 I almost didn’t include this proposal, but the Madagascar Plan was serious enough that I felt I had to include it as a possibility. In 1940, Nazi Germany considered deporting its Jewish population to French Madagascar (apparently Poland had considered the same thing a few years earlier). The plan was eventually scrapped due the looming logistical nightmare of shipping thousands of people to the other side of world with the Royal Navy to contend with. The plan was shelved and replaced by the mass slaughter of humanity we know today as the Holocaust.

What if the plan was carried out? Perhaps Britain could have been knocked out of the war either militarily (unlikely) or diplomatically. Victorious in the West, Hitler might have felt more confident about his chances in the East and thus the deportation of Jews to French Madagascar would commence as planned. Not saying things would be easy for the Jews in this world, but some might survive death in the concentration camps. Nevertheless, this is the darkest of my proposed worlds. This timeline could feature a victorious Nazi Germany, just like in Guy Saville‘s Afrika Reich, or else a Western Europe dominated by the Soviet Union. We also don’t want to leave out the possibility that America might use nuclear weapons to dislodge the Germans (or Soviets even) from Europe. Either way, the Jews of Madagascar might not find anyone willing to welcome them back from their exile. 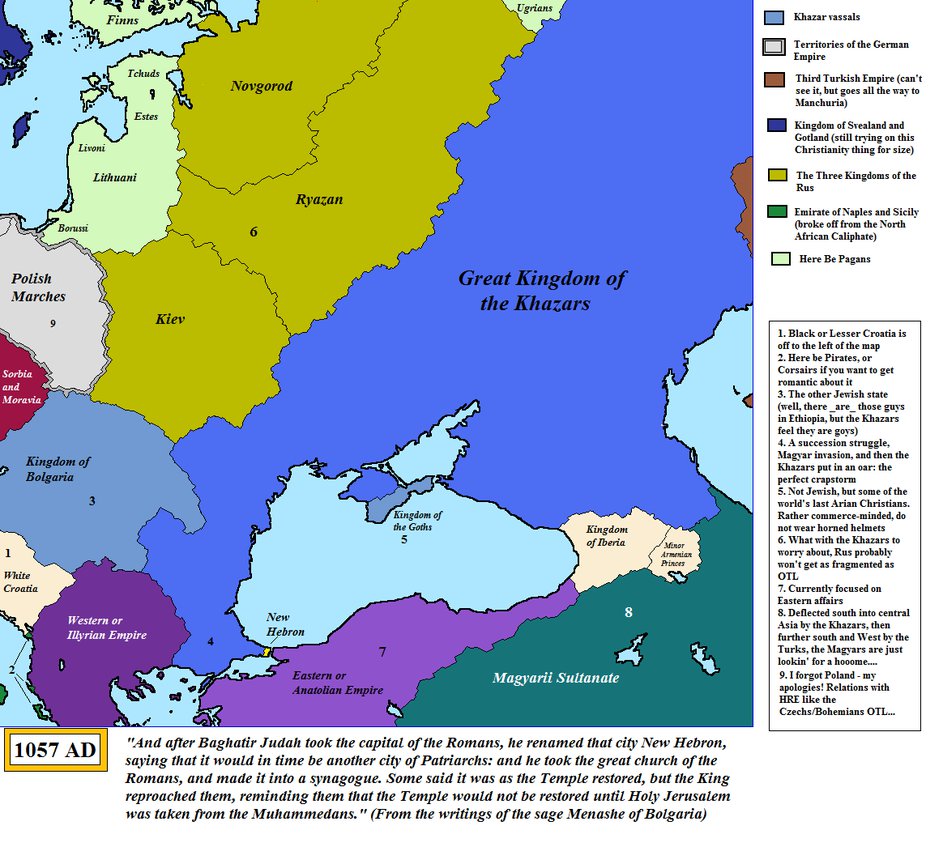 This is not so much a proposal as a possibility. In our history the Khazars ruled southern European Russia from the 7th to 11th centuries. They controlled the trade between northern Europe and the Middle East and were allied with the Byzantine Empire. In a bizarre historical episode, segments of Khazar nobility converted to Judaism beginning in the 8th century, despite the religion not being a missionary religion. Judaism, however, did not prove popular with the rest of the population and eventually the Khazars were conquered by the expanding Kievan Rus.

I think you know where I am going with this? Although it is a long shot, a more Jewish and successful Khazaria could have created a majority Jewish state long before the 20th century. This alternate Khazaria could have defeated the Rus and expanded east across the Urals, becoming a powerful empire like our timeline’s Russia. More importantly, having such a powerful Jewish state could have prevented discrimination of Jews in neighboring states out of fear Khazaria would have attacked. Although it is impossible to know exactly how their history could have played out, perhaps it would have looked something like this map from QuantumBranching.

The problem with history is that it is not so easily changed. These proposals and ideas had their chance, now we are stuck with what actually happened. No matter what side you take in the conflict raging in the land that many call “holy”, we must all realize that people have lived and left their legacies there. We all must accept what is done is done and be willing to compromise, or else condemn more generations to live in fear and hate.