And Mars gets a new subtitle, although I think “Forbidden Planet” is technically already taken by the great 1956 movie of the same title.

A group of Imams have issued a fatwa that says it’s sinful to be part of the Mars One effort, a series of one-way missions to settle the red planet.  Their reasoning is that the risk of dying is so great that participating is tantamount to suicide, which is a sin.  Well, okay then!  I wonder how high the odds need to be for a risky endeavour to be considered a suicide mission?  And I wonder why a group of experts in their own religion, and likely little else, think they know the odds of death for Mars One astronauts?

Bars Lansdorp, CEO and cofounder of Mars One, had a response:

Mars One respectfully requests GAIAE to cancel the Fatwa and make the greatest Rihla, or journey, of all times open for Muslims too. They can be the first Muslims to witness the signs of God’s creation in heaven, drawing upon the rich culture of travel and exploration of early Islam.”

As Ibn Battuta also wrote: ‘Travelling – it leaves you speechless, then turns you into a storyteller.’

That’s a constructive rejoinder, in my opinion.

I don’t know how safe or unsafe Mars One will be.  I don’t think anyone can quantify that yet, since there isn’t a lot of specific information yet about how the mission will be conducted.  I’m pretty sure any space mission is quite risky, just as it was once risky to explore our own Earth, and still is at some level.  Personally, I think potential astronauts should be the ones to assess the risk — with all the information and expertise needed to do so — and decide for themselves.  Not some busybody religious leaders whose statements also suggest that astronauts headed to Mars might in part be motivated to escape the dictates of the same religious leaders.

I’m not here to bash anyone, however.  The fatwa sounds a lot like NASA’s initial decision not to service the Hubble Space Telescope after the space shuttle Columbia exploded.   Some groups are simply risk adversive, and space is definitely risky.  The exploration of space has taken astronauts and cosmonauts, and will likely continue to do so.  Should we therefore stop trying?  I don’t think so.

I celebrate the spirit of exploration.  I do it vicariously using telescopes to spy upon the remote parts of the universe, safe in a control room here on Earth.  Some humans are willing to take greater risks, however, and some will pay the ultimate price for that.  Others who succeed will reap the rewards.  Space is not for the safe, but it need not be automatically deemed suicidal either.  Our intelligence, science, and technology gives us the ability to challenge dangerous environments, and survive and even thrive within them.  Let’s keep doing that. 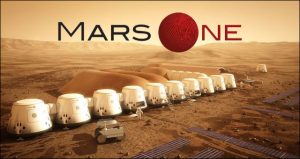