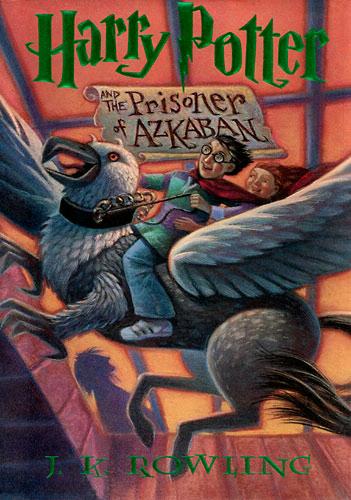 In this next installment of The Great Harry Potter Reread we tackle Harry Potter and the Prisoner of Azkaban. Our story begins at Privet Drive where Harry has to flee his aunt and uncle’s house after accidentally turning his aunt into a balloon (I don’t know why people say “blow up,” that phrase has too many meanings to be useful). He is spared punishment due to the fact that notorious mass murder and Voldermort supporter, Sirius Black, has escaped the wizarding prison of Azkaban and is after Harry. Straight from the beginning we get the idea there is more to Black’s story than the adults are not telling Harry, including Sirius relationship to the new Defense Against the Dark Arts teacher Remus Lupin (seriously if you can’t tell he has “wolfish” characteristics from those two names, stop reading this article immediately).

Although not my favorite Harry Potter book, I liked Prisoner of Azkaban because it marked a change in Rowling’s writing style. The tone became darker and more mature. More importantly it ended on such an ambiguous note. Pettigrew got away, Sirius still remains on the lamb and we are warned that Voldermort is one step closer to returning to full power. What a change from The Sorcerer’s Stone and its clone The Chamber of Secrets. I wouldn’t go as far as calling it the Empire Strikes Back of the Harry Potter series, but its close.

If there is one big issue I have with this story its Ron’s reaction to the truth about his rat, Scabbers. I don’t know about you, but if I had discovered the rat I let sleep in my bed was a middle aged murderer, I would have to spend a fortune on therapy and anxiety medication. Ron seems to take this bizarre discovery in stride which means a) he is made of much sterner stuff than anyone gives him credit for, or b) crazy things like this happen all the time in wizarding Britain. If b) is true then the wizarding world is pretty messed up place. 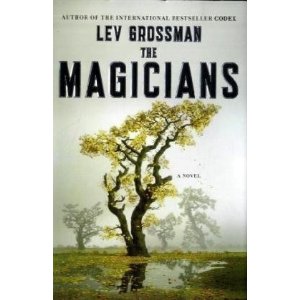 Speaking of messed up magic schools, if you liked Harry Potter or you never read the series because it is a “kid’s book,” may I recommend The Magicians by Lev Grossman. I learned about this urban-fantasy book from a co-worker and like Harry Potter it is set at a magic school, but it is less about defeating evil wizards and more about trying to live a normal, adult life with unimaginable power at your disposal. I can best describe the book as an experience where all of your fantasies come true, except they turn out to be as complicated, sad and disappointing as your real life.

In other news, my reading out-loud abilities are improving. My range of voices have increased and I am better at just using simple inflections to differentiate between characters instead of using fake accents. I am still struggling over how to correct myself. I learned from reading articles about reading to your kids that you shouldn’t correct yourself if you misread something as it could confuse them. Instead you are advised to just plow through the book. This has proven harder than I thought as my natural inclination is to correct myself (something I rarely have to do if I read silently).

Wife and baby are fine. Alana has been calmer these last couple weeks, which means she rarely needs me to read Harry Potter to put her to sleep. This means it might take some time to finish The Cauldron of Fire, especially since it is one of the longer books in the series. Of course, I’m not just doing this reader for her. Baby Mitro has ears now, so let him/her enjoy my silky reading voice. Of course I am not going to be calling it “Baby Mitro” much longer. We find out the gender January 2nd. I honestly don’t care whether it is a boy or girl, I just want to be able to give it a name instead of playing the pronoun game all of the time.

As our literary journey takes us closer to the return of Voldermort, I can’t help but be awed at how far we have come and how far we still have to go. In less then four months I will have another human life to take care of and will have spent more than a year writing for Amazing Stories. So much of my life has changed, just as Harry’s life changed forever when he first received that letter from Hogwarts and I am eternally grateful for it.