Karl Kofoed is an author and illustrator, authoring three novels Deep Ice (2003), Joko (2006) and Jupiter’s Reef (2011).  His illustrations have appeared in Heavy Metal magazine, on the cover and the interior of Asimov’s Science Fiction and in his book Galactic Geographic Annual 3003. 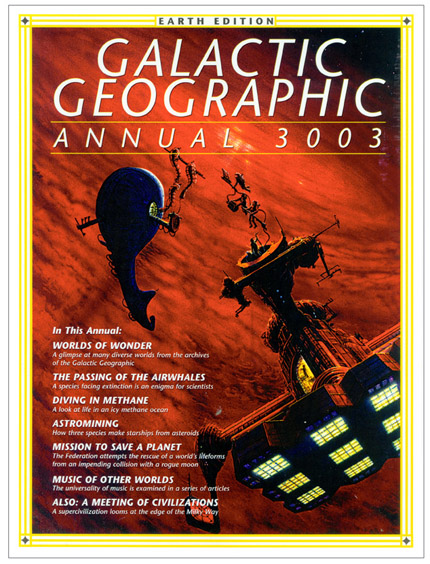 A magazine from 1000 years in the future, the Galactic Geographic is unique among graphic novels.
Mankind is exploring the galaxy, finding undreamed of wonders
and civilizations. Our exploration partners are the Noron, a starfaring aquatic species; the Tsailerol, tripodal blue creatures whose emotions are provided by sensory symbiotes who live on their heads; and the mysterious WO from the edge of our galaxy. (From Karl’s website)

Galactic Geographic offers up stunning views of future technologies, alien beings and new worlds, and presents them in a compelling ‘this is now’ style. 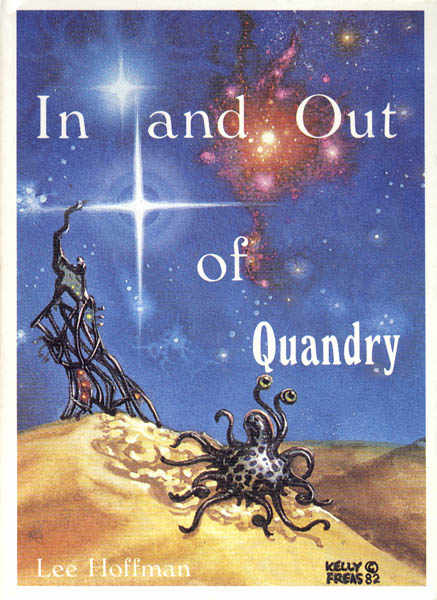 She was the Fan GoH at Chicon IV in 1982.  NESFA Press published a collection of her essays dos-a-dos with a collection of stories by the pro GoH A. Bertram Chandler titled In and Out of Quandry.  The cover was illustrated by artist GoH Frank Kelly Freas.

This site is a Tribute website to an accomplished fan.