Full disclosure:  Europa Report is currently in pay-per-view and will be in theater release in August.  I was provided an online copy to view for this review by the kind folks at Magnolia Pictures publicity.

Europa Project, directed by Sebastián Cordero (Rage, Cronicas) in a ‘found footage’ style was on my radar screen for three reasons:  private space ventures, searching for life on Europa (a Galilean moon of Jupiter) and Shartlo Copely, formerly the lead from District 9, a film that I like and admire very much as representing a more intelligent SF film than most of the fare we are offered today that seem to make their bucks on explosions, robots, explosions, CGI and CGI explosions.

I mistakenly believed that Copley had once again been paired with Neill Blomkamp, the director of District 9 (though how the heck he managed to put this film and the up-coming Elysium together at roughly the same time was a conundrum I didn’t have time to investigate).  The solution is of course that Copley is the only D9 alum involved with Europa , making the watching of this film a much different experience than what I had originally imagined it was going to be. 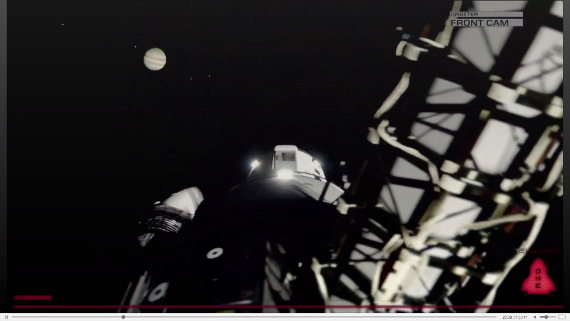 I generally dislike found footage films – from Blair Witch through Apollo 18 – I find the general premise entirely unbelievable:  when your life is being continuously threatened by a terrifying unknown you do NOT take the time to talk into the camera, weepy or not.  You grab the closest thing that can serve as a weapon (perhaps even the camera itself) and enter a largely unreasoning mental state known as “survival mode”;  recording your feelings for posterity does not contribute to your survival and therefore will not get done; giving up?  You’re in shock, your body is shutting down into a near catatonic state and, again, you’ll be incapable of coherent discourse with a camera.  (Those good-bye notes soldiers write?  They write them BEFORE they go into battle.) 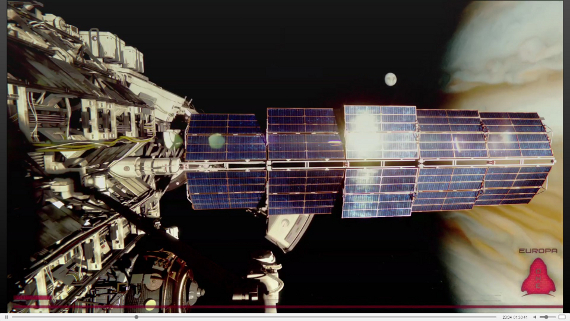 About the only way I can accept found footage as a premise is if all the footage comes from stationary, automatically or remotely controlled, cameras that happen to capture the scene(s) we’re being gifted with.  Apparently Cordero seems to feel the way I do as most of the footage in Europa Report comes from  just such stationary pickups scattered conveniently around the spaceship our intrepid astronauts inhabit for the vast majority of the film.

The story goes like this:  a private space venture puts up the several billion dollars necessary, constructs an interplanetary craft (in orbit) and sends a mixed international crew of the best of the best of the world’s astronauts on a four year mission to Europa.  It’s purpose is to investigate whether or not there is life beneath Europa’s frozen surface.

Through that point, the film is scientifically accurate and thoroughly plausible:  Europa is currently the best candidate in the solar system for harboring life not of Earthly origins; it is believed that liquid water exists below its frozen surface and that volcanic activity may provide enough heat to support the same kind of bacterial life as can be found around thermal ocean vents.

The mechanics of the set and the visual imagery of this film are very Kubrick-2001-esque – plausible spacesuits, plausible spaceships, plausible views out the portholes, NASA-derived technobabble and all the rest.  (There’s even a scene in which one of the characters, speaking over a radio, sounds suspiciously like HAL, offering a HAL-like missive that I am convinced is intended homage.)

The acting is credible (Shartlo does a pretty good job as one of the engineers assigned to the mission,  as do Embeth Davidtz as the project lead and Anamaria Marinca as the mission’s pilot), though a bit flat at times;  my feeling was that they were all instructed to “act naturally” a bit too much.  There are two stand-out scenes (spoiler) 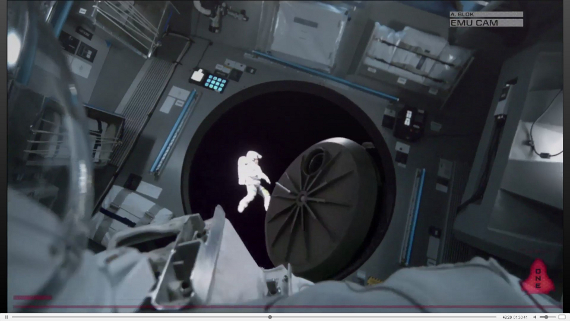 involving the death of a crew member that was handled so well and believably about the only thing I can compare it too was watching the unfolding of the Apollo 13 “successful failure”;  be warned, if you are old enough to have watched that event on television, you will be moved -perhaps deeply – by that scene. (end spoiler)

Alas, the film moves inexorably (like a ship on a fixed orbit to Jupiter, natch) towards found-footage horror film cliche after a pretty decent and enticing opening.  It also seems to lose its respect for scientific accuracy/plausibility along the way.

We are treated to some stunning views of space, Jupiter, Europa and an underwater world, but those take place well after interest had begun to fade.   The flaw here has two causes – at least for me:  first, I was fooled into believing, based on the opening minutes, that this would indeed be a Kubrick-style, completely believable space epic, one that wouldn’t jar my sensibilities with things that make no sense.  Unfortunately, one of the more important scenes in the story was marred by just such nonsense, forcing me to unbelieve all of the good work that had gone before. 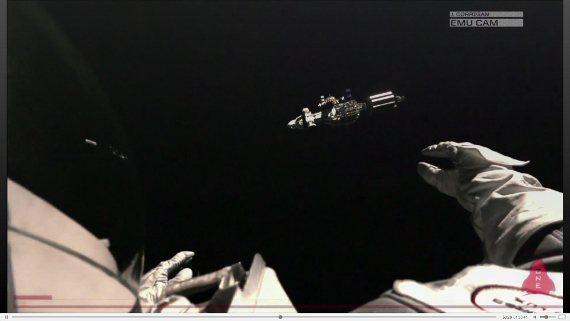 (Spoiler:  Both of the ship’s engineers EVA for necessary repairs.  One of them is sprayed with “hydrazine” (why didn’t it just boil off in the vacuum of space?) and can’t re-enter the airlock because the entire ship’s atmosphere would become contaminated!  A.  what are airlocks for but to separate the outside of the ship from the biosphere inside the ship? and B.  what the heck was a ship that was going to land on Europa to search for extraterrestrial life doing without either a decontamination and/or isolation chamber? Why wasn’t such an important mission supplied with a 2nd ice drill/probe?  Why was the ENTIRE crew sent down to the surface?  Why were they never able to re-establish communications with Earth – surely they planned for and engineered in the ability to weather solar storms.  Why….? End spoiler)

The second contributing cause was – predictability. Once the crew starts running into trouble, you just knew the deaths were coming.  And that the “monsters” were coming.  Europa Report forgets that the real monsters are in us and failed to focus its attention where it should have been, on the human drama of the situation.

One of the great things about Kubrick’s 2001: A Space Odyssey was that the story took human beings, placed them in a dangerous situation and then sat back to watch what would happen.  All the “monsters” we need in space we bring along with us.  No outside influence is needed to move the story along or even to tell a decent story.  Look at Apollo 13:  Three guys in a can for a week and plenty of stuff happens.  More than enough to have held the world captive for days.  More than enough for more than one film.

I’ll close by saying that the opening half hour of Europa Report is well worth the watch and that those of you into space exploration will want to stick around for some of the visuals and even some of the planetary scenes.  Those of you into horror flicks – if Apollo 18 filled your LEM with rocket juice, go for it.  If, on the other hand, you are looking for a movie that takes place – believably – in space, you’ll probably want to wait until it’s out on DVD. 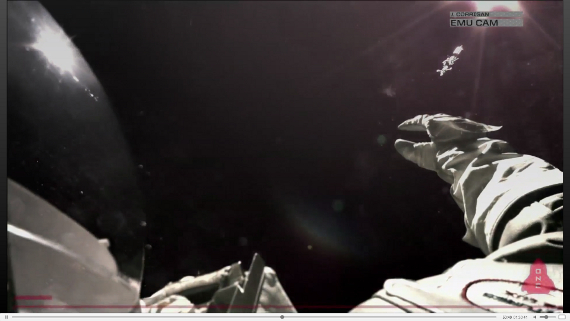 Steve really didn’t care for the new movie The Predator. Did you? On the other hand, Steve likes Stan Against Evil on IFC. Give it a try!

Science and Fiction by Springer