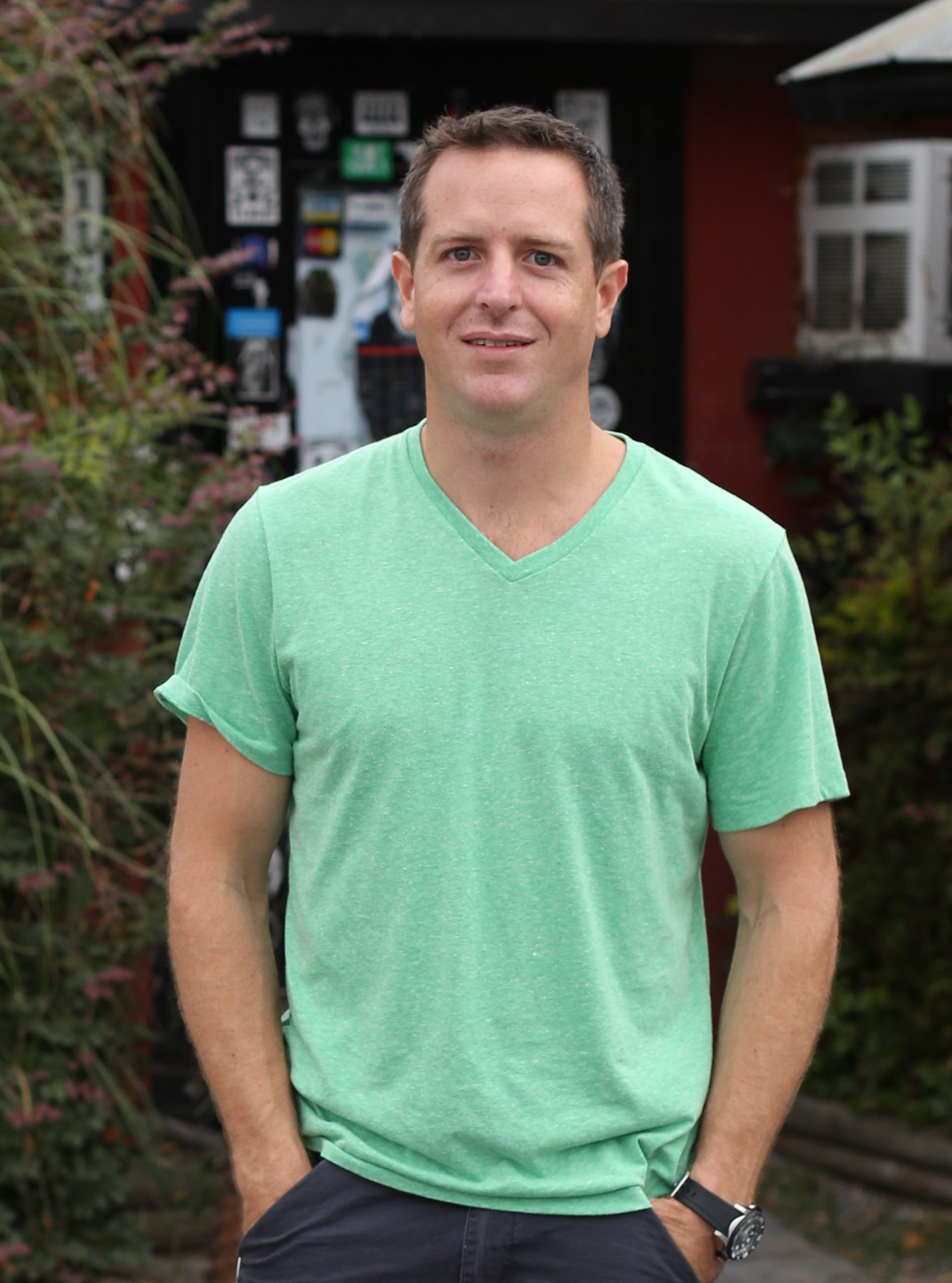 Hugh Howey wasn’t a name many were familiar with until his self-published book Wool went viral. Now on the best-seller charts across the planet, we sit down to find out what’s next for the Silo and find out how Hugh Howey’s writes and what he thinks of his success.

Lesley Smith for Amazing Stories: So Hugh, what are you working on at the moment?

Hugh Howey: I’m just wrapping up DUST, which is the third and final novel in the trilogy that begins with WOOL. KILL SCREEN is a short story for an anthology edited by John Joseph Adams, a very dark story. And THE SHELL COLLECTOR is really out there for me. It’s a romance novel, though it does have a slight post-apocalyptic background.

AS: This one’s an oldie but a goodie and almost required in an interview: Where do you get your ideas?

HH: A rampant imagination, I suppose. I read a lot, especially non-fiction. I read the newspaper every day. A lot of my ideas come from history and current events. The secret is to spend a lot of time daydreaming, and only about interesting things. 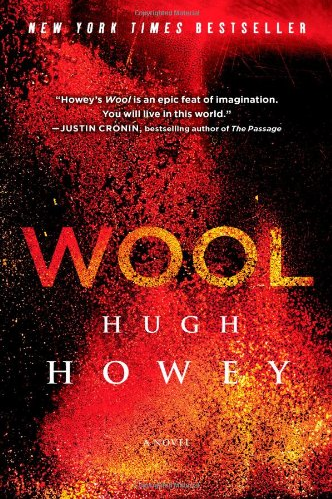 AS: What made you want to try self-publishing?

HH: Part of it was impatience. The other part was being a control freak. I like being able to lay out the pages of the print editions and having complete control over cover art. The entire package is a part of the story being told, and I think the author can benefit from looking after all of it. Similar to how some artists enjoy framing their paintings and ensuring they’re lit properly. It’s more than just the writing for me, it’s the presentation and the ability to communicate directly with the reader.

AS: Can you tell us a little bit about how you write? Do you have a favourite place to do it? Do you do it watching TV or listening to music? How does Hugh Howey summon his muse and get writing?

HH: I do most of my writing first thing in the morning. All I need is my laptop. I can sit anywhere and get some writing done. I should say that most of the writing takes place before I sit down in front of my computer, though. I think about the scenes I’m going to craft beforehand. This way, I know what I’m going to write when my day begins.

HH: Yes. I was an avid reader at a very young age, and I always dreamed of becoming a writer. But I never thought it would actually happen. For the longest time, I couldn’t finish anything I started. I certainly didn’t foresee this level of success.

AS: Are you a ‘fan’ of science fiction?

HH: I am. I grew up on the genre. I love SF on TV and the big screen, and I read hundreds of SF novels growing up. I mostly read outside of my genre these days, though. I find reading works similar to your own ideas can be constricting rather than inspiring. You try too hard to stay away from anything else that’s being done.

AS: What is your experience with SF?  What were your first exposures to it?  Do you have a preferred sub-genre?  Any particular influences from the field?

HH: My favorite novels growing up were those that said something about the human condition. I like dystopias such as 1984 and BRAVE NEW WORLD. Dark stories like DUNE and THE STAND. Reading about people pushed to their limits always excited me. BATTLEFIELD EARTH is another that I can read over and over. And ENDER’S GAME has been one of my favorite novels since I was twelve years old.

AS: Do you think there is a difference between the SF that is being traditionally published and that which is being self-published?  (If so, can you describe that difference?)

HH: I see a lot of similarities between the two, just from what I’ve read. I think the influences and inspirations are the same. 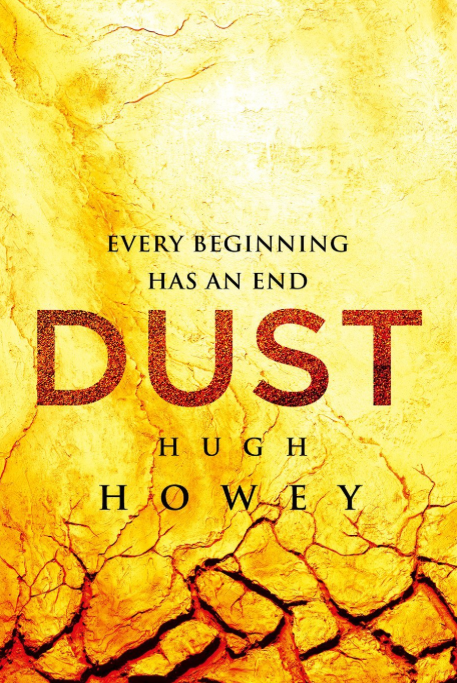 AS: How has the traditional SF community received you?  Have you been invited to appear on panels at conventions?  Offered a GoH spot?

HH: Very well. I’ve been asked to attend numerous conventions and speak on panels. And I see self-publishing panels get more and more of a spotlight as time passes. The stigma is slowly draining away, and that’s a good thing. Convention attendees are quite often aspiring artists and writers themselves, and these panels can really get them fired up to go home and complete their own works. That’s how I got started on the first novel that I completed.

AS: Do you think that there will be a place for traditional publishers ten or twenty years from now or will individual authors, self-publishing/marketing represent the field?

HH: Absolutely. There will be parallel and complimentary routes to publication. I think a lot of authors will employ both paths. The animosity you see today will lessen as the industry sorts itself out.

AS: What made you decide to open up your Woolverse to fan fiction?

HH: It never occurred to me not to. When a handful of writers asked about writing fan fiction, I said “yes.” I would be just as curious to ask why anyone would say “no.” I suppose it’s just a difference in opinion. Hard to really quantify. Maybe it has to do with growing up a fan of crowdsourcing and open source projects. I don’t feel the desire to own things for myself as much as I enjoy sharing and opening things up for others. I really don’t know why that is.

AS: What was your initial reaction when people started writing stories set in other Silos?

HH: It made me wish I had more reading time so I could dive into them all! Soon, I hope. I can’t wait to see what everyone has come up with. The pieces I’ve read so far have been stunning.

AS: As far as you’re concerned are stories written by others like The Runner and Greatfall canon?

HH: I grew up reading comics, where any “canon” wasn’t tied down to the decks, and so they went skittering around on their wooden wheels with every firing. I watched Batman die and come back to life. Same with Superman. I saw Spiderman’s origins play out five different ways.

My view of storytelling would probably more align with the Homeric oral tradition. People sitting around campfires, embellishing, adding, subtracting, telling their own versions. Are my works even canon? I’d say it’s all up for grabs, and only the reader can decide which stories to believe and which to doubt.

AS: Do you have a Silo series bible and are we ever going to get stories from you in other Silos, excluding the ones already visited?

HH: I don’t have plans to visit other silos at the moment. I do have a murder mystery alluded to in WOOL that I want to write about. There is a Wiki up now, and that will probably grow and become the series bible. 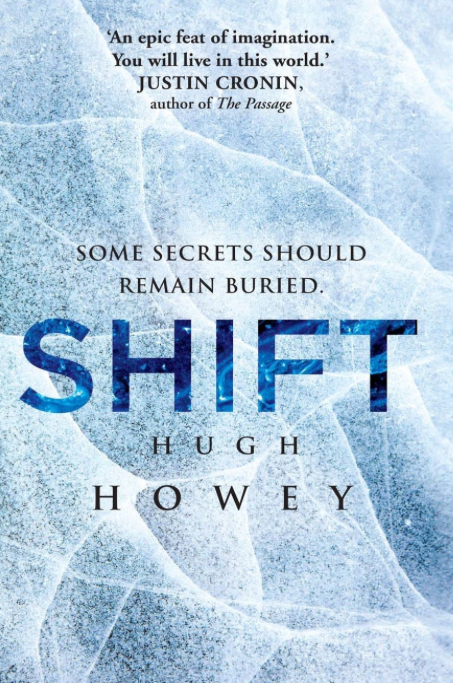 AS: Do you find engaging with your fans via your website, the writing trackers and on social networking helped break down the traditional barriers between authors and their readers?

HH: I do, but I also see traditionally published authors doing the same. As are musicians, actors, and others. Social media is just changing the way people interact, whoever those people are.

AS: You’ve stated that ‘publishers aren’t the enemy, their contracts are’. Do you think your choice to retain rights to the e-/audio-book editions of Wool et al has forced old school publishers to re-think their business model?

HH: Sadly, I think there has been a retrenching since my contract was announced. I don’t think publishers want to see progress in these areas. I would love to be wrong about this. I think we need to get to limited terms of copyright, where publishers have the rights for five years, say, and then the rights go back to the author. That’s how my foreign contracts work. It should be the same for US publishers.

AS: What advice would you give to writers who want to go down the self-publishing route?

HH: Write the story that moves you. Make it the best work possible. And get it out there. This is the most important part, though: Don’t worry about how fast or if it ever takes off. Start writing the next work. You have years and years for your works to be discovered; you only have now to write them.

Dust, the final installment in Howey’s Wool trilogy is scheduled to be released in print and e-book in the autumn. There’s also a Wool graphic novel in the works!

In the Forward to Microcosmos Nina Allan explains that, having forgotten the finer details of the requirements for the collection, with her stories tending to ‘run away with themselves’ and being rather long for short stories, she had amassed considerably more material than the book would be able to contain. She had intended a survey […]