UPDATE:  Some items were inadvertently left off of the original news post and have now been included.

BOYCOTT Ender’s Game Movie
Sign the SF Authors Stamps Petition
Help Save 1,100 Classic SF Works
How To Report Sexual Harassment – Fannish Style
Dustin Hoffman on Being a Woman and Female Beauty
Could the Boycott Be an Ender?
Sexism in Publishing

A 13 Part Conference Report on Classic SF
Are SF Authors Eeyores to Engineer’s Pooh?
Worldbuilding From Reality
Can You Say ‘The Big 1’?
Frenkel Leaves TOR
Can SF Save the Liberal Arts?
Wherefore Art Thou SFWA? 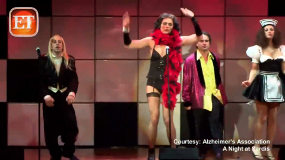 The storySouth Million Writers Award is now open. This is the 10th annual edition of the award, which is for any fictional short story of at least 1,000 words first published in an online publication during 2012. By “publication,” we mean an online magazine or journal with an editorial process (so self-published stories are not eligible).

As many people have noticed—and commented upon, oh my how people have commented—this year’s Million Writers Award is starting rather late. In addition, the more sharp-eyed among our fans may notice that the award website and nomination process has a new design and feel.

Well, there’s a reason for this, which comes down to me. After nine years of running the Million Writers, I no longer have the time to devote to this annual project. Between family and work and my own fiction writing, the MWA has been suffering because I rarely have the time to focus on it.

Which leads to the following annoucement:

Yes, Spring Garden Press, the publisher of the online literary magazine storySouth, has now taken over running the award. The award process will not change but the great people at Spring Garden Press—including Terry L. Kennedy, Associate Director of the UNCG MFA Writing Program and editor of storySouth, and Shawn Delgado, Million Writers Award editor—will be able to give much more attention to the award than I can. This also allows the award to expand and live beyond the work of a single person, so many thanks to Terry, Shawn, and Spring Garden Press for doing this.</div>

But even though we have a new crew running the MWA, we still need donations to fund the award’s prize money. Last year we had nearly $1000 in prize money for the winners; all of this prize money was raised through donations from writers, editors and readers. I hope we can reach these amounts again.

To donate, go to the main <a href=”http://storysouth.com/millionwriters.html” target=”_blank”>Million Writers Award website</a>.

Thanks to everyone who has taken part in the award in previous years, and I hope you enjoy it again on our 10th anniversary.
Sincerely,

Described as a frighteningly realistic depiction of what would happen in the event of a global digital meltdown from an organized attack, the book follows a New York man and his family as they try and survive the crash isolated in Manhattan with millions of scared and confused people around him.

The original e-book has caught on fast since it came out in March, and is now up there with the likes of the World War Z, Ender’s Game and Game Of Thrones e-books in Amazon sales. It is the current #1 best-seller in the science fiction and tech-thriller categories on Amazon.

CyberStorm can be found here on Amazon:

Mather, a cybersecurity expert and author who started out his career working at the McGill Center for Intelligent Machines, is now exploring a traditional print publishing deal after inking rights pacts for Turkey, Spain and Germany. The Fox deal was made by Sean Daily at Hotchkiss and Associates with Paul Lucas at Janklow & Nesbit Associates.

Fox finances Chernin Entertainment-released films and they are currently basking in the success of their most recent tie-up The Heat, the Melissa McCarthy-Sandra Bullock buddy comedy that opened June 28 to a cool $40 million. A sequel to that one is already in the works.

Scientists Are Rethinking the Very Nature of Space and Time