An untold tale of Barsoom, and a legendary artist…

This is a follow-up of sorts to a post I did recently about John Carter’s appearances in comic books.(You can read the original post right here.) There’s one more vision of Barsoom that I want to talk about, but that I didn’t get a chance to mention in that first installment.

Shortly after I started selling comic book scripts, I had the good fortune of meeting legendary fantasy artist Gray Morrow and his wife, Pocho.  Morrow’s not as well known now as he used to be—or he should be—but I don’t think “legendary” is too strong a word.  Before his death in 2001, Morrow had illustrated practically every genre you can imagine, in practically every format you can imagine. He went from space opera to westerns to romances—I remember a newspaper strip based on Barbara Cartland’s books—to  magazines to comic books to paperback covers.

At the time I met him, the license for Edgar Rice Burroughs comics was held by Dark Horse. At some point, I asked  Gray if he wanted to work with me on a Barsoom comic story that I wanted to tell. Ever generous, he agreed.

The series was called Assassin of Mars. I don’t remember much of the actual plot now, but I can tell you my general plans. I wanted to focus on a dark anti-hero type—one Naz Dekkara—but John Carter would make appearances from time to time. That way, there would be a more modern character in the foreground but Carter would be involved and he would be his usual heroic self. We wouldn’t have to deconstruct him.

I asked Gray for some art to go with the proposal, thinking that if got a couple of quick black-and-white sketches, I would be in good shape.  What he sent me was this: 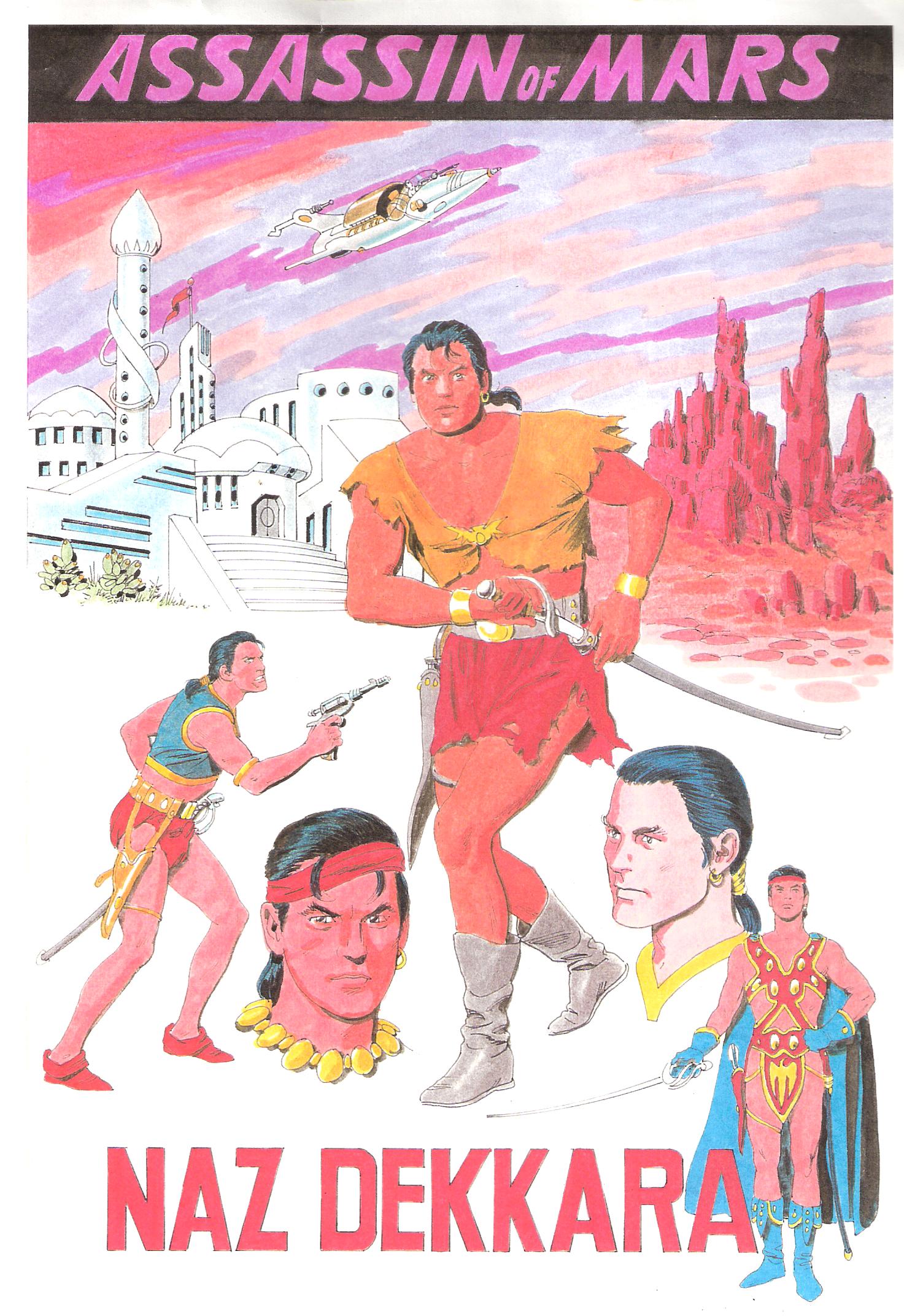 I was overwhelmed. I showed to everybody who would appreciate it, usually saying some deep and profound like, “Look! Look! Gray Morrow drew a picture of something I thought up!”

I can’t tell me whether this is the original.  He sent me two copies; the original may yet be in his papers.  I can tell you that the copies he sent me were hand-colored with his trademark colored pencils.  You may not be able to see it here, but if you look at the hard copy you can see the pencils’ “brushmarks” ( for want of a better word.)

The proposal didn’t go anywhere, but I still like to get out the art and show it around, from time to time.  BTW, the art on the index page is Gray’s portrait of Lord Grandrith,  the surrogate Tarzan  Philip Jose Farmer created for “Lord of the Trees.” To see more of Gray’s art, check out the web site “Shades of Gray.”

Awards announcements, including the concurso Solsticio, new book releases, including an anthology of SF based on the work of David Bowie, and more!