Zero-magic fantasy is a growing subgenre. But can it ever rise above the level of thought experiment? And what are the tradeoffs?

Quick, how do you explain fantasy fiction to people who have only vaguely heard of the genre, and maybe aren’t interested in books at all?

Which is a piss-poor way to sum up the genre, but there you go. Magic is the defining essence of fantasy.

Zero-magic fantasy is a small, possibly oxymoronic, but growing subgenre. Its premier exponent is K.J. Parker, whom I’ve raved about before. I need to qualify my fangirlism a bit. I was actually bored stiff by her(1) first trilogy, The Fencer Trilogy; read it to the end but yawned at the big reveal. And I got about forty pages into The Scavenger Trilogy before giving up on it. Fortunately, those weren’t the first K.J. Parker books I’d encountered. I first discovered Parker with The Engineer Trilogy, and then went on to read (or not read) everything else. Best I can make out, something happened in between The Scavenger Trilogy and The Engineer Trilogy: Parker suddenly figured out how to write gripping characters. Now, everything she turns out is unputdownably good.

And none of it has any magic in it.

Though set in secondary worlds, Parker’s books are explorations of social, military, and technical problems. She sets them in secondary worlds so as to isolate those problems from all the other contingent issues that contaminate our own history. Devoid of the supernatural and scornful of the divine, these are still unquestionably fantasy novels. An interesting side-effect of the zero-magic approach is that it helps Parker to do without the excessive worldbuilding that weighs down so many fantasy novels. With no magic system, there’s not as much stuff that needs to be explained.

It is however possible to combine excessive worldbuilding and zero-magic, as Ricardo Pinto proved in his trilogy The Stone Dance of the Chameleon. The first sign of cod-Tolkienism appears on the first page of the first book, before the prologue: a poem about the Sky Lord and Mother Earth and their offspring, “shown in the original Quya and accompanied by its translation into English.” There’s no reason this kind of thing can’t go hand in hand with a perfectly decent story, even though a rule of thumb for writers who are not Tolkien is not to include the poetry of your fantasy world in the text. Rules are made to be broken, eh? Unfortunately Pinto should have left well enough alone. What follows is a pretty standard coming-of-age story wrapped in (very, very) detailed descriptions of a theocratic ruling caste that makes Ancient Rome look like a Montessori school. Throw in an improbable love affair, and there you have The Chosen, Book One of TSDotC. I never got around to Book Two.

In one respect, The Chosen resembles K.J. Parker’s work: the focus stays tightly on the social problems the author wants to examine. Eschewing magic makes this easier. (TSDotC does have “saurians” that ignorant people call “dragons.”) But Pinto’s trilogy also points up the risks of this authorial choice. Without magic, fantasy risks straying into the other thing that non-fans mean when they talk about fantasy: err-hmmph, nudge nudge, yerrra, fwargh. That kind of fantasy. 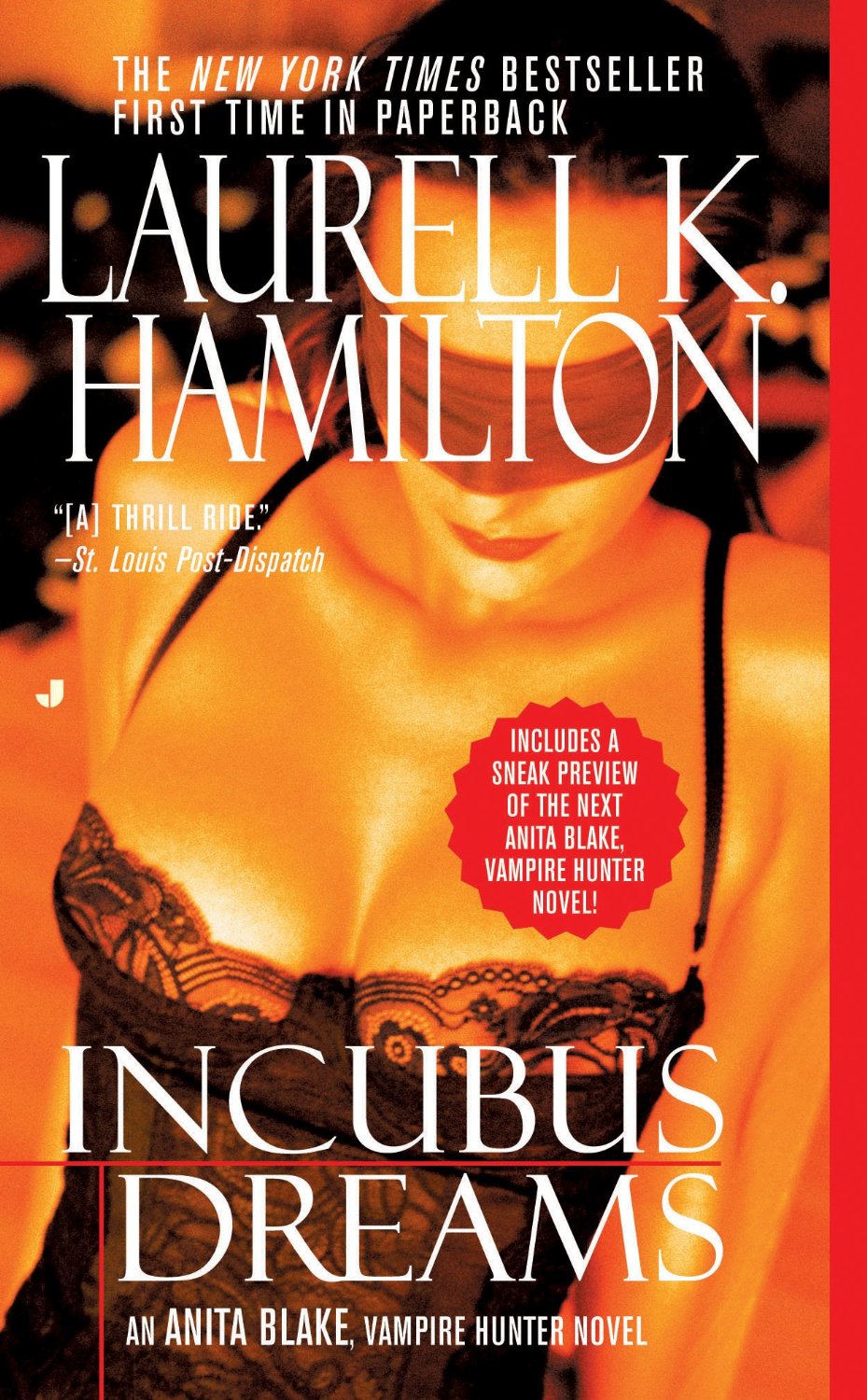 No reader of Laurell K. Hamilton’s ongoing Anita Blake series can have failed to notice that as the series has got longer, that kind of fantasy has taken up more and more pages at the expense of the other kind. Anita Blake, the eponymous protagonist, a necromancer, has gained more and more supernatural powers–but the amount of magic in the books has diminished. There’s less casting of circles, sacrificing of goats, and inventive witchery; there are fewer original villains. Instead there’s a whole lot of metaphysically turbocharged sex. One mourns the change, and wonders: are these two definitions of fantasy in fact two opposing poles? Must they wax and wane in inverse proportion?

My hypothesis: yes. K.J. Parker threatens to confound the analysis at this point, but turns out to be the exception that proves the rule: there is neither any magic nor any sex in her books–the negative and the positive have cancelled each other out. More evidence for the hypothesis comes from Jacqueline Carey, whose books are heaving, sweating, highly readable blocks of pure sex. There just isn’t room for much magic in Carey’s world (an alternate medieval Earth with one big change that leads to everyone bonking like bunny rabbits).

The word that comes to mind when reading the Kushiel’s Legacy series isn’t magical. It’s mystical. Carey’s lush, slightly archaic prose style evokes an atmosphere of trembling (heaving? throbbing?) transcendence, where the divine and the human blur together. Stories about magic don’t do this. Magic needs to be marked out as utterly distinct from the mundane; that’s what magic is. C.S. Lewis described it brilliantly in The Abolition of Man.

The serious magical endeavor and the serious scientific endeavor are twins: one was sickly and died, the other strong and throve. But they were twins. They were born of the same impulse.

That is (my gloss), the impulse to transform Nature by means of technique. This understanding of magic is inherited by most Western fantasy authors today from Terry Brooks to Brent Weeks and all points in between.

In Japan and, I suspect, most of Asia, it’s different. Japanese folklore and contemporary fantasy tend to get their magic from Shinto sources, where mysticism and magic are one and the same. Our new Pope, Francis I, said recently that “He who does not pray to the Lord prays to the devil,” an observation that would baffle most people from cultures with pantheist or animist leanings. There are no zero-magic worlds in Japanese fantasy. That’s because in this animist-influenced culture, there are no zero-magic worlds at all … including this one.

So positing a zero-magic world involves a huge background assumption, namely that any world, anywhere, without magic (or the divine, or the supernatural; call it what you like) could develop beyond the level of a thought experiment. But if done right, it can also be an escape from mysticism, which is the enemy of sound storytelling across all genres.

1. There’s some question as to whether K.J. Parker is male or female. I’m going with female because she reads to me like a woman writer. My kind of woman writer.