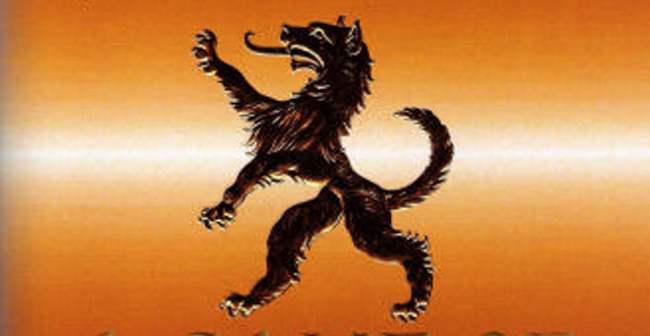 Books need a cover. At the very least one needs to know the title of the book and usually who wrote it. Those are basics. But the cover of a book is the first point of interface between the book itself and the reader.

Publishers know this. They’ve known this since the early days of publishing, with the introduction of slipcovers and especially with the advent of the paperbacks. Paperbacks, which were born into the vacuum created with the demise of the pulp magazines, took those same pulps for their inspiration as far as cover art was concerned – lurid cover paintings with maximum impact. The images had to grab the reader’s attention and make them fork over the money for the product before they discovered any deficit in the actual printed matter within (if any).

Science Fiction and Fantasy covers were no exception. Cover art had to convey the sense of wonder that readers craved from the genre and, indeed, sometimes they did too good a job, with readers buying books for the cover art alone (as I wrote about a couple of weeks ago).

But things have changed, The trend towards painted covers has given way to photographic covers. Not quite so much in the fantasy or science fiction genre – it happens more in the case of thrillers or horror novels – but it is not unheard of. Art on the covers of books is lately becoming scarce.

But there have also been a number of covers of books that have minimal to no art whatsoever. 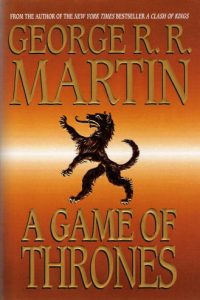 The most notable example of this is a recent edition of George R. R Martin’s A Game of Thrones. The cover has the author’s name and the title displayed very prominently (Martin’s name is first and is bigger than the title) against a gold background that fades to white in the middle. The only other graphic element is a stylized lion, like one would find on a family crest, done in the same gold color. 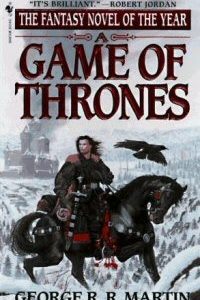 Now, Game of Thrones is a complex novel full of characters set in a complex world. The challenge in providing cover art is to encapsulate all the characters and situations in one single image. It’s not an easy task, obviously, but previous editions had no problem hiring artists to give it a try. So what was the thinking behind this edition – the one with no cover art?

Game of Thrones was, at the point this edition came out, a best selling book. Perhaps the publishers thought that it needed little embellishment. Being able to read George R.R. Martin’s name from across the bookstore – indeed, through the store window from across the parking lot outside — was all it would take to get customers flocking in to buy.

Later editions of the book, and the other books in the series, at least added a more interesting sword graphic, but nothing that could be considered lurid or off-putting. And that, perhaps, is the key.

When a book becomes popular (or a publishing company is trying to generate the illusion that it is popular) the cover art slowly disappears. Why? Because committing to one image is… well, it’s juts that… it’s committing. And once you commit to something you risk alienating a certain percentage of your audience. You put an obvious fantasy picture on the cover painted by, say Boris Vallejo, you risk turning off readers who don’t like fantasy. You pare it down to a picture of a generic looking blonde-haired woman. The risk there is alienating people who don’t like blondes.

So putting on that lurid cover may attract a certain demographic, but when you’re trying to sell a book to EVERYONE you have to take sensibilities into question.

So is this purely a marketing decision? I believe that it is. It probably costs a publishing company as much to make a non-cover like this as it does to hire a cover artist. Maybe more if you consider the market research that must go into determining what image would be the least offensive to the most people. 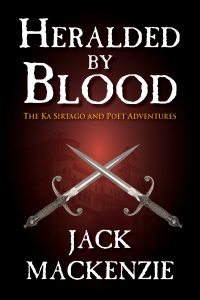 You may sell lots of copies, and I suppose that is the whole point of the venture, but what do you have after all the cash registers have gone silent? A boring cover on what may be an interesting book (or not. How can one tell?).

Now I’ve done a few of those types of covers. The covers that I designed for Jack Mackenzie’s Ka Sirtago series were done in that same style of minimal artwork. These were for e-editions that needed to be done quickly and had no time for a cover painting. I am hoping I will eventually get the chance to do a painted cover for one of his books, probably the print edition of the collected Ka Sirtago stories, but for now, these are them.