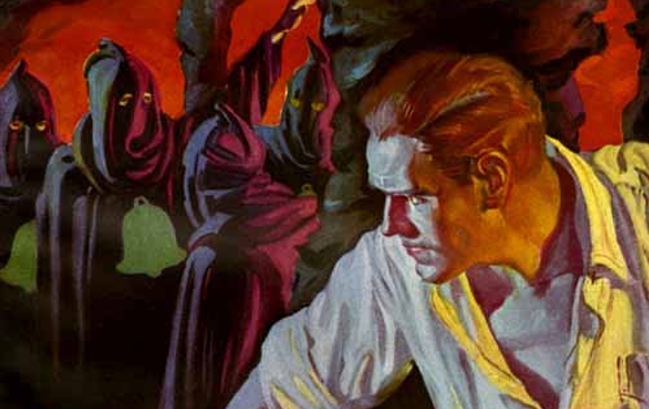 Before TV, before comic books, there were the pulp magazines – quickly produced and printed on low grade paper and wrapped in some of the most garish and lurid full colour covers. The covers worked to separate readers from their hard earned dimes and nickels, and there was a lot of competition.

But not all the artists producing these covers were dreadful hacks. There were many really good artists who produced work for the pulps and two stand head and shoulders above the pack. Walter Baumhoffer and Rafael DeSoto had similar career tracks and painted for many of the same publications, but their painting styles were different.

Walter Martin Baumhofer was born in Brooklyn in 1904. He studied at the Pratt Institute and shortly after began providing interior illustrations for Adventure Magazine. He eventually moved on to painting covers and he was the first cover artist for a new magazine published by Street and Smith called Doc Savage. 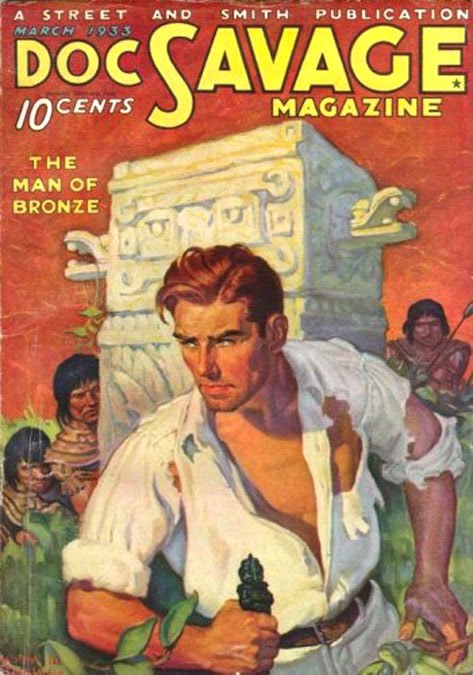 His draughtsmanship and painting skill soon had his work standing head and shoulders over many other pulp artists. He would go on to paint covers for other pulps such as Dime Mystery and Dime Detective and The Spider as well as a few covers for science fiction pulps. 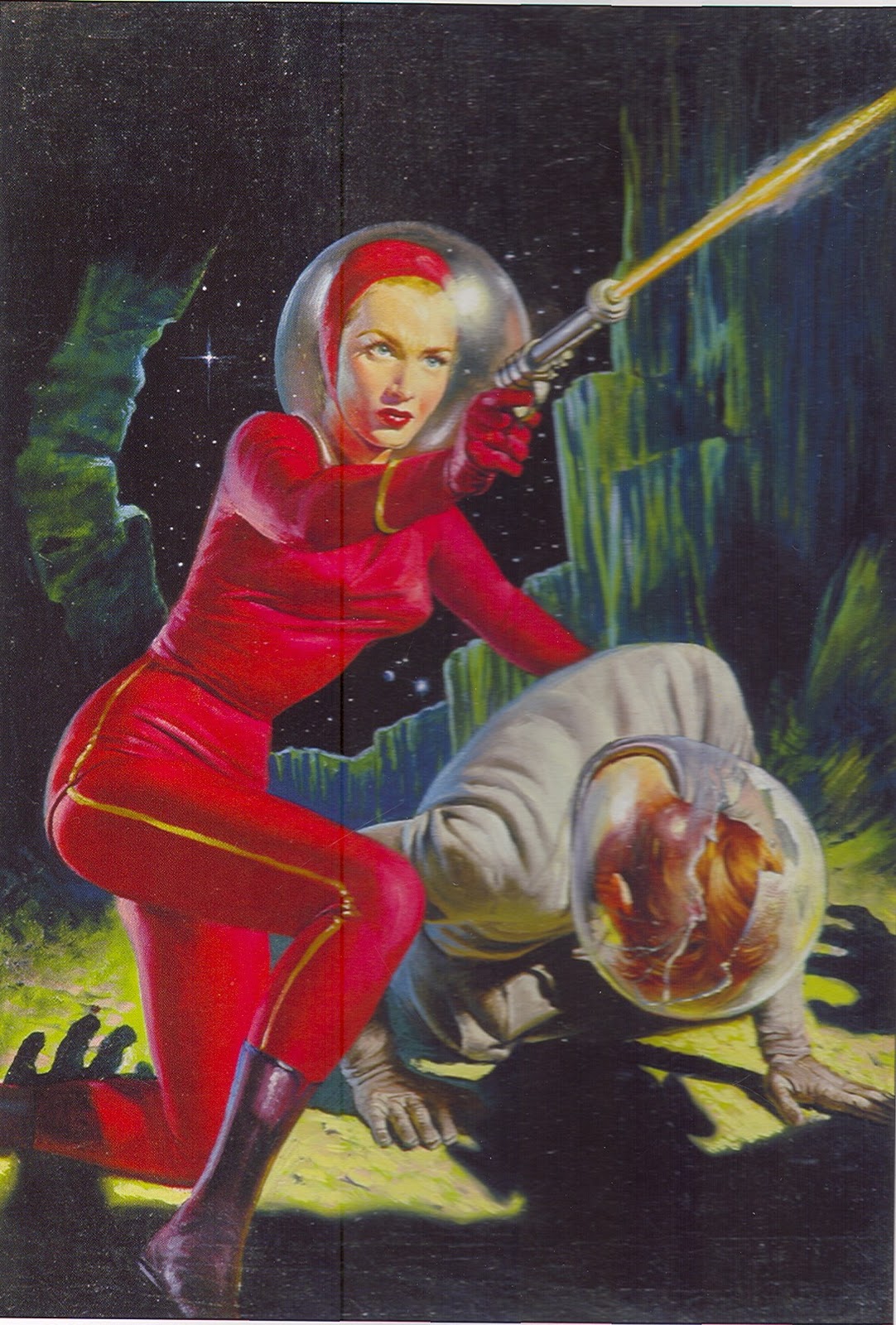 In 1937 he joined the American Artists Agency. After that his work began to appear in the pages of the so-called “slick” magazines including Collier’s, Cosmopolitan, Esquire, and Woman’s Day.

It was during this period that Baumhoffer’s skills as an illustrator were at their strongest, and he produced some incredible, award winning work. 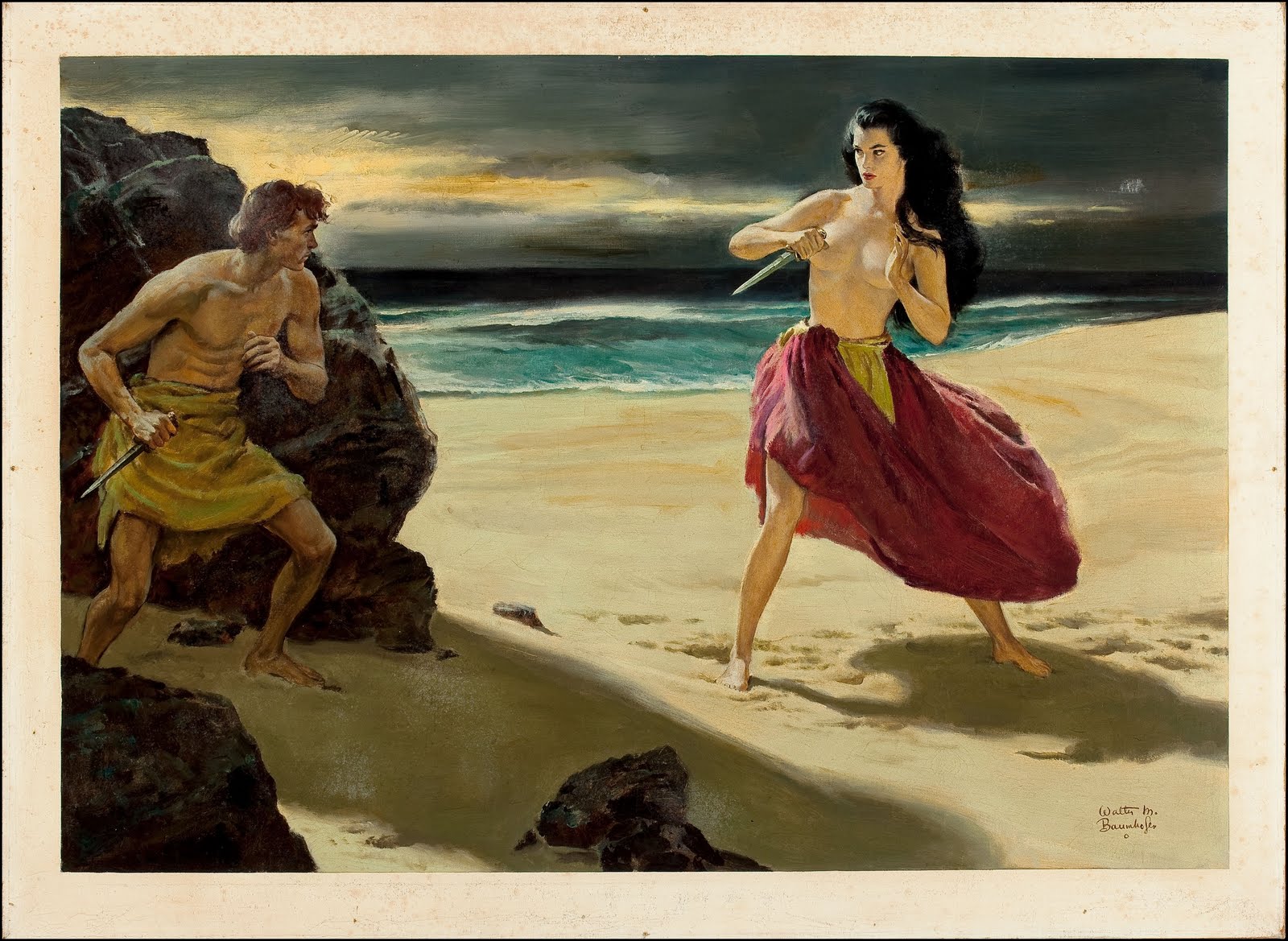 After the war Baumhoffer moved to Long Island and throughout the fifties produced illustrations for men’s magazines before retiring from illustrating to create portraits and landscapes and Western Scenes for fine art galleries.

Another artists whose work featured regularly on Street and Smith titles was Rafael DeSoto.

DeSoto was born in 1904 in Aguadilla, Puerto Rico. In 1923 he emigrated to New York and in 1930 he began to draw interior story illustrations for Street & Smith’s western pulp magazines. 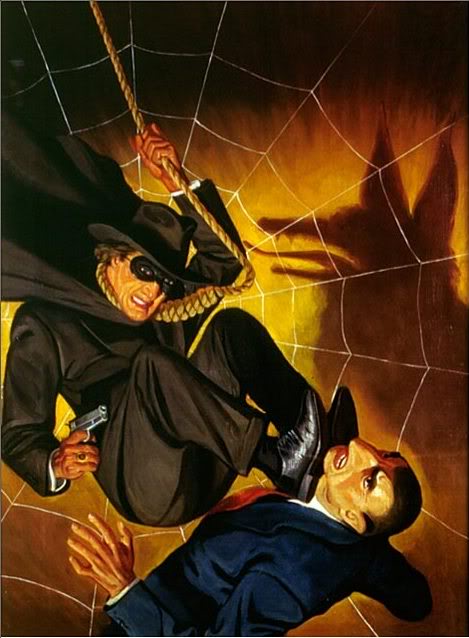 DeSoto was clearly a talented draughtsmen and his grasp of anatomy was clear, but he was also unafraid to exaggerate, using odd angle perspectives and compositions that might have been a little awkward but produced the maximum visual impact for the magazine covers. His figure’s facial expressions were usually exaggerated and unsubtle – but who wants subtlety on a pulp cover? 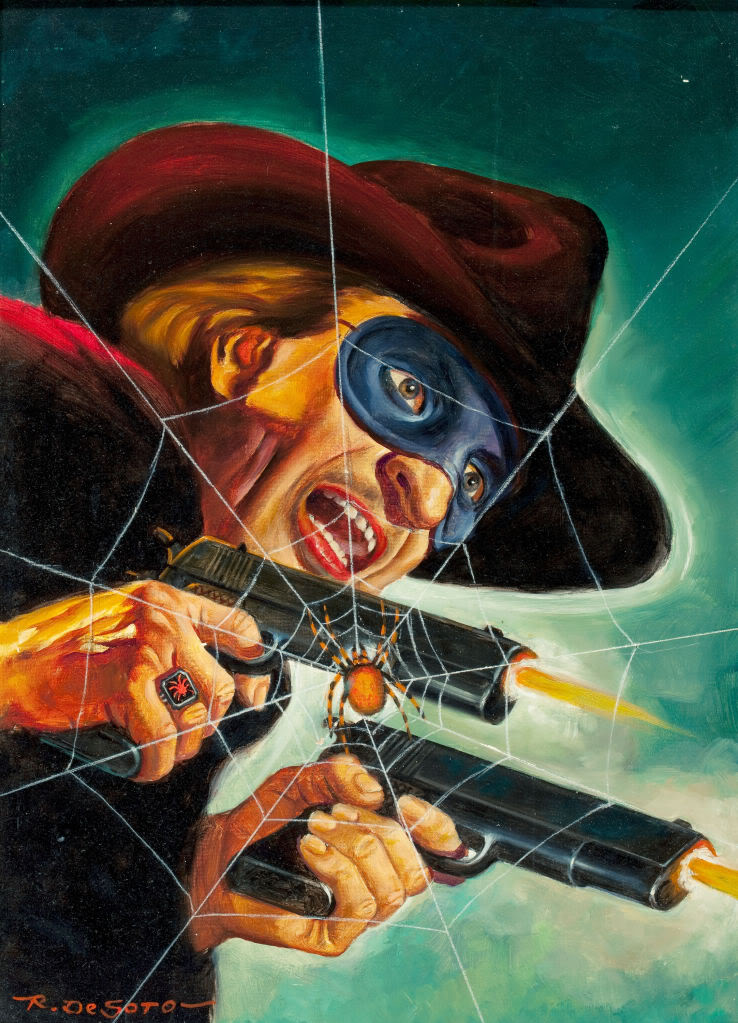 He produced pulp covers up until the demise of the industry in the 1950s. He also sold freelance illustrations to slick magazines, such as Argosy, Colliers, Coronet, Ladies Home Journal, The Journal American, Liberty, Redbook, and The Saturday Evening Post.

In the 1950`s DeSoto began painting covers for the burgeoning paperback industry including the iconic “H is for Heroine” for Popular Library in 1953. 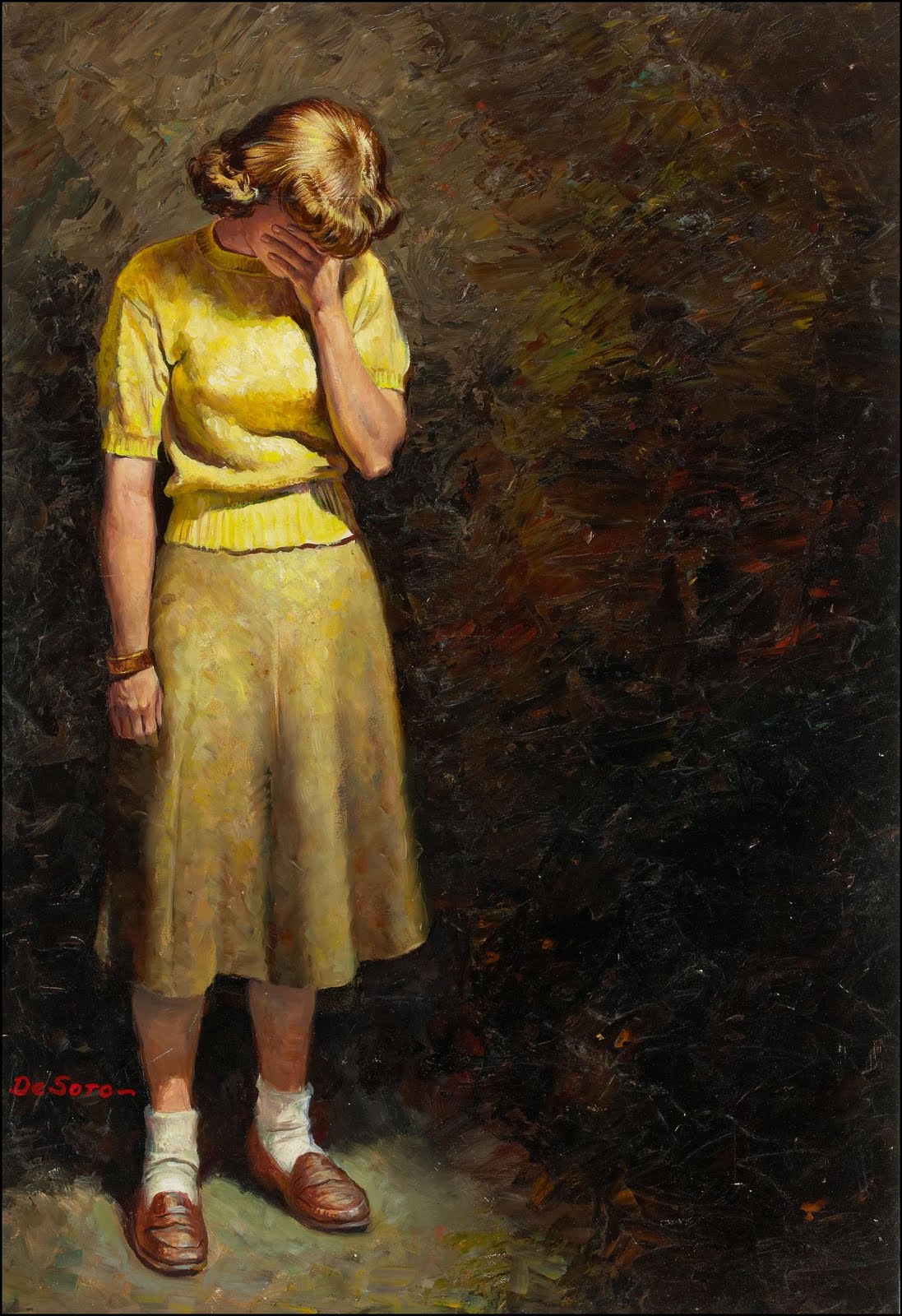 Desoto also went on to produce illustrations for men’s magazines before retiring from illustration in 1964 to teach art at State University of New York. He continued to paint commissioned portraits, which where highly in demand, until his death in 1992.

Granted there were many other great pulp artists and I will likely revisit this topic in the future. As usual, if you have something to say, please leave a comment.