Home Science Fiction Is It Hindsight or Prediction When They Got It Right But No...

Over the past several years I’ve been watching a number of trends within the science fiction field.  Some fill me with hope and anticipation, such as the strong movements pushing for greater equality in a number of areas, or the re-defining of Space Opera and the nascent emergence of PULP!.  Others fill me with trepidation and a sense of helplessness, such as the adoption of sci fi as the go-to abbreviation, the often clueless appropriation of genre tropes by mainstream literary authors – even to the point of attempting to create new genres (LabLit) – the denigration of one subset of the genre by another (Mundane SF), the failure of TruFandom to find an effective way to reconcile itself with new fandoms (and thereby failing to grow in a manner that carries fandom’s traditions forward).  But the one thing that has got me going the most these days is the revisionist take of the genre that claims that science fiction is not about predicting the future.

I have in the past (Crotchety Old Fan Blog) linked to numerous instances of our revered Grand Masters stating, in their own words and quite matter of factly that their business is about predicting the future.  They approached their writing as a conscious combination of telling a good story, while at the same time deliberately extrapolating current trends as best they were able.  Make no mistake, their predictions were not of the Nostradamus kind – on thus and such a date a man named Hilter will – but of a more generalized approach:  if this particular technology is developed to its fullest potential, these are the kinds of ways it might be used:  If this aspect of our society is exaggerated out of all proportion, this is what our world might look like.

A recent article (link and author escape me at the moment) attempted to down-play SF’s prognostications by referring to it as “sandboxing” – another term for blue-skying.  I fail to see the point because sandboxing is a term used to describe the practice of running speculative trends to see what might happen.  In other words, world-building with a pre-defined set of assumptions, and that’s Predicting no matter how you want to slice it.

Others have downplayed SF’s predictions by pointing to the imprecision of specific exemplars – Clarke’s satellite, Heinlein’s waterbed, Brunner’s worm.  Those who do so are confusing creation with implementation.  Those three authors (and many others) conceived of entirely new things and showed us a way in which they might impact the future. By conceiving of these new technologies and showcasing them in a manner that demonstrated utility and spurred interest they predicted that we would one day have such things.  How those things were ultimately realized is not their responsibility.

And still others ridicule on the basis of the ratio of failed predictions to successful ones – a ratio that changes dramatically when one removes the specifics of implementation from the conceptions.  (We have in fact got multiple examples of successful prediction in cases where those implementing the concept have deliberately emulated those predictions – humanoid robots – people react better to them; medical scanners designed to emulate Star Trek devices; space tourism ad infinitum.)

Looking at this question from the bottom up seems to reveal its flaw:  if SF authors aren’t trying to predict some aspect of a future we might inhabit, what are they doing then?  The oft-stated answer is – commenting on our present day through metaphor.  The Marquis de Sade did that with 120 Days of Sodom and no one accuses him of committing science fiction.

It is true that a large portion of the science fiction corpus can be viewed as allegorical but with a twist:  the message is “if we allow this to happen/continue/become reality, this is what might happen”, rather than “here is what our society is doing now (and why/how it could/needs to change”.

Mere commentary on today’s societal ills in science fiction fails to account for all of the things that have been brought into existence due to the inspiration provided by science fiction.   Commentary gets people to sign up with the ELF; prediction causes people to say “that’s a nifty idea, let’s make it!”  Commentary may make people more aware of something already going on in their world.  Science Fiction’s predictions bring NEW things into that world.  On the one hand we have potential change wrought to things already extant, and on the other we have entirely new realities created by entirely new things.  The difference between the two is not even subtle. 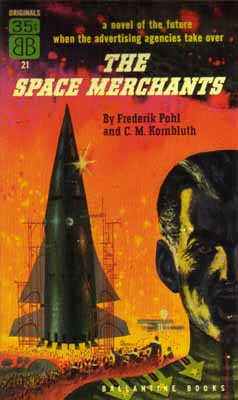 In exploring this issue it might be instructive to look at the SF works that got it right.  In doing so, one learns a few things, not the least of which is that a story that gets it right for our present day may not have been right just a few decades ago.  Similarly (evoking Bradbury’s“I don’t try to predict the future, I try to prevent it”) a work may not have had any future relevance to the era in which it was written, but does so now.  Five cases in point – Pohl & Kornbluth’s The Space Merchants (Gravy Planet) (1952), Pohl’s Gateway – Heechee series (1977 – 2004) and John Brunner’s somewhat trilogy Stand on Zanzibar (1968), The Jagged Orbit (1969) and The Sheep Look Up (1972).. 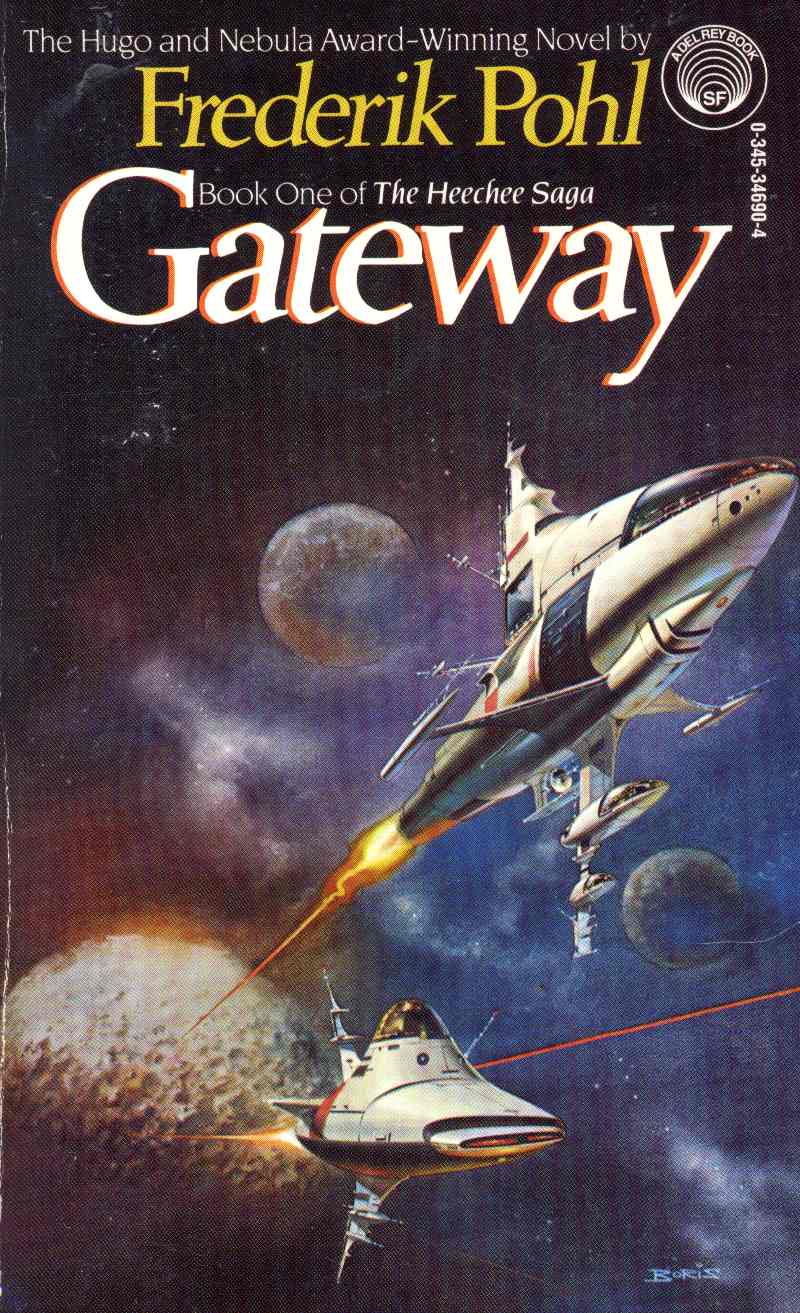 The Space Merchants showed us what could happen if consumerism, marketing and advertising were to be allowed to run rampant.  Read it and look around – we’re there.  About the only thing missing are Congressmen and Senators elected by corporations to serve corporate interests, and the only difference between politics today and that depicted in the novel is a thin veneer of obfuscation.  Chicken Little isn’t quite here – yet – but it is being created in numerous labs around the world.

And no, company’s aren’t – yet – fighting it out in the streets with private armies; unless you substitute armies of lawyers.

Pohl’s other offering – Gateway – showed us what was going to be happening to health care in the (then) not too distant future.  Have’s and have-nots and the reduction of the worth of a human being due to nothing more than the laws of supply and demand.  Gateway’s vision is still being realized.  Read it, take a look at your bank account and then become afraid.  Very afraid.

Brunner’s novels deal with what’s happening today in three different areas, each novel focusing on a particular trend.  Stand On Zanzibar looks at the results of uncontrolled population growth; The Jagged Orbit with race relations, drugs and corporate greed (you think things got settled with the Voting Rights Act?  Go read a newspaper), and The Sheep Look Up with ecology and health care, corporate greed, invasive species, the inevitable increase of previously ignored diseases (meningitis and asthma to name just two).  All three are so prescient that you could pull tomorrow’s headlines right from their pages.  Read them, you will seriously wonder of Brunner might not have had a time machine hidden away somewhere.

Taken together, all five of these novels served as fairly accurate road maps to where we were headed – and to where we are today.

Those who deny the predictive aspects of good science fiction are wandering into a future with their eyes closed and are guilty of not listening to Ray Bradbury, who said:

To get a good idea of where we ought to be going, take a look at another Brunner offering – The Crucible of Time.  Reading it will make you far less satisfied with the world we inhabit, it might even make you want to DO SOMETHING. 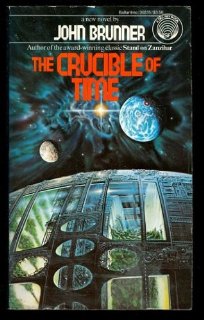