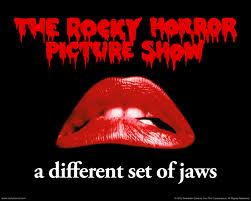 File 770 brings an article by Irving H Buchen in the Futurist that once again opens the debate about science fiction’s powers of prognostication, but this time from a slightly different angle – as a way to make us comfortable with the coming singularity.  “Happily, science writer Isaac Asimov (1920-1992) has taken us on an evolving journey to the Singularity. He has provided us with a rehearsal of what is to come, designed to acclimate us to a hybrid future and to a redefinition of the human mind in transition. In the process, he also unexpectedly has told the story from the point of view of the robot—given the machine an attractive face, voice, and history minimally equal to and sometimes superior to his human counterparts. The net result is that we are less resistant of the prospect of a fusion of the two. Although Asimov crafted a Hollywood ending, the form it took provided as much substance to ponder as the narrative itself.”

And File 770 also sheds some light on the most recent copyfight, this time with the Sir Arthur Conan Doyle Estate.  Seems they’ve been extracting fees for the use of ACD’s most famous characters, Holmes and Watson, despite the fact that all but ten Holmes tales are out of copyright.  You can read the details here.

SFSignal has video of the art

Mike Allen has recovered an article about speculative poetry from the Way Back Machine.  Considering the discussions here on the subject, it might be interesting.

Speaking of robots and the singularity, the BBC has an article reviewing the state of art with killer robots.  One researcher sees them as a good thing, suggesting that we can program them with “ethical” guidelines and the rules of war, potentially reducing civilian casualties and collateral damage.  Oookay.  And then someone will make a killer robot killer that’s designed to infect enemy bots with software virii designed to alter those ethics.  Now who is responsible for the slaughter of thousands of innocents?  Interesting piece and fodder for every good SF author’s mill.

A special links page, featuring the websites and blogs of the Amazing Stories blog team members, as well as publications and publishers owned, operated and contributed to by out team members, has been added to the site.  You can find it HERE.

In case you missed them, here are the posts everyone is still talking about…

Crossroads: Science Fiction Romance – A Niche Before Its Time?
More Sci-fi Shows to Hit Screens in 2013
Crossroads: Is this a Kissing Book? SFF’s Relationship with Romance
Don’t Quit Your Day Job – Traditional Publishing by the Numbers
Review: The Caves of Steel by Isaac Asimov
Wonderwoman
Video: Cory Doctorow in Concord NH
Serial Fiction for Beginners
Mars Babylon: A Review of John Carter and the Gods of Hollywood by Michael D. Sellers
The Science Fiction Fan’s Bucket List