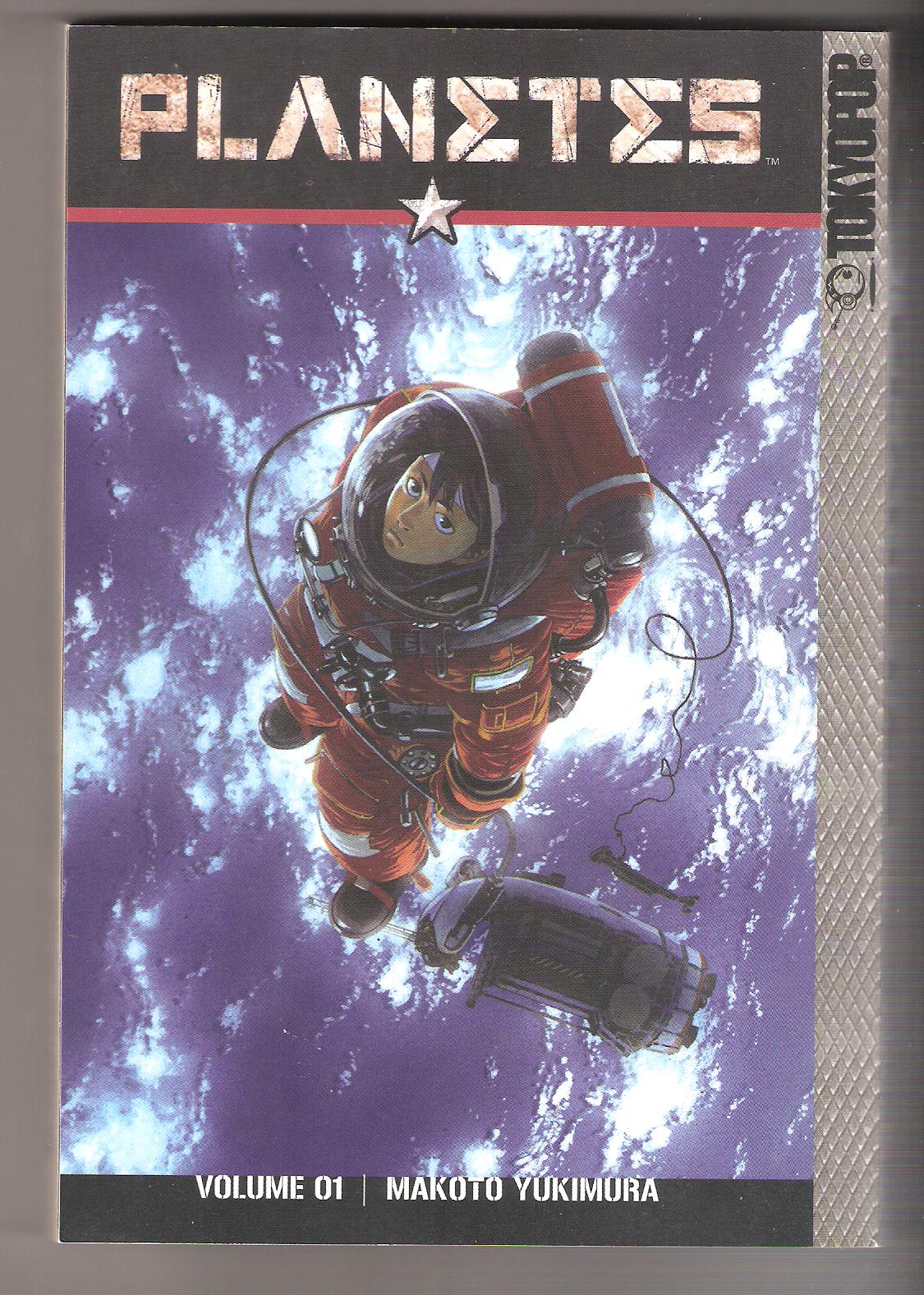 Sometimes, I tell people that it’s my brother Nick’s fault.

Back in those dim, dark days before home video,  Nick gave me an audio cassette that he had recorded,  with the suggestion that I should check it out. “It” turned out to be an episode of Star Blazers , an animated TV series from Japan that came to America in the late 1970s.

The tape was interesting enough that I started watching the show (No small accomplishment, since the local TV station ran it in a pre-school time slot).  The complete Star Blazers was interesting enough that it made me want to check out another Japanese import, a TV show called Robotech. I enjoyed that show enough that I jumped at the chance to write original Robotech  comics early in my career as a comics scripter.  Seventy-eight issues later, I’m still glad I got involved, both with Robotech and manga in general.

Created by Yakoto Yukimura, Planetes is a real rarity: a genuine hard science fiction story in visual form.  In Japan,  Planetes received the 2002  Seiun award, which is roughly equivalent to the Hugo in this country.

Planetes follows the crew of the Toy Box, a ship that collects outmoded satellites and other, potentially dangerous man-made debris. In this world–roughly 70 years in the future–the human  race has a strong presence in outer space. The asteroid belt is being explored, and the first generation born and raised on the moon is nearing adulthood.

At the same time, extremist groups are trying to keep man out of space, sometimes through violence.

As you might imagine, the work done by the Toy Box’s crew, while important, gets little respect. This is particularly grating to Hachimaki Hoshino. As Planetes begins, Hachi (Hachimaki–or Hachi–is a nickname, which refers to the headband that he constantly wears.) is trying to save enough money to buy his own ship.

Before long, though, he decides to apply for the first expedition to Jupiter, which will be captained by his estranged father, in order to earn the money that he wants.

Goro Hoshino is a veteran astronaut, but somewhat lacking as a human being, a womanizer who has all but abandoned his family. He’s not about to welcome his son with open arms

As Yukimura chronicles Hachi’s journey, he also creates backgrounds for the other members of the Toy Box’s crew. Yuri Malakoff is trying to deal with his wife’s dying from–and his surviving–an accident caused by space debris. For a long time, the most important thing in Fee Carmichael’s life seems to be finding a legal–and safe–place to smoke on the moon. However, she eventually finds something else to fight for.

The stories in Planetes range significantly in tone. In an early sequence, a well-known resident of the lunar colony walks out on the surface and waits for his life support run out, rather than returning to Earth. In another story, Tanabe–a later addition to the crew– befriends a young man known as the Baron, who claims to be an extraterrestrial. (Nobody except Tanabe believes this, but nobody thinks the Baron’s worldview disqualifies him from working in space.)

On the visual side, all the characters in Planetes can be identified as coming from a manga. They look positively naturalistic, though, compared the highly-stylized characters in more recent series. In addition, vehicles and astronomical scenes are rendered with meticulous attention to detail.

Planetes was also adapted into an animated TV series, which is available here in America. The series changes the format somewhat, but remains true to the theme and tone of the original.

One place on-line where you can sample the anime is: www.mangareader.net/968-38382-2/planetes/chapter-1.html. 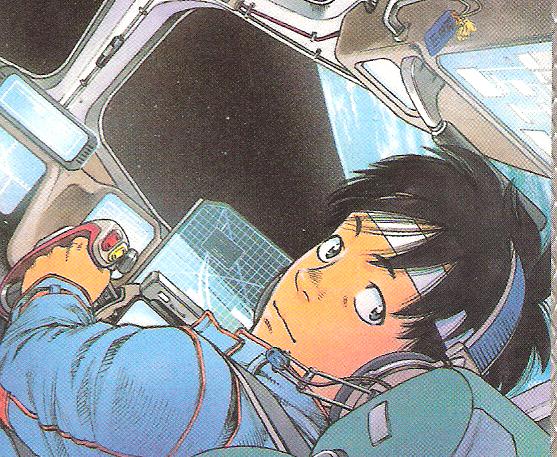 Browsing through my photo file yielded one of me taken at the 16th annual Chesley Awards, 2001, accepting an award for one of the winners.  Which did not include me 🙂 (although I have been nominated three times, 1998 and 2004).  The winners were announced, as is traditional, during a Friday night ceremony carved out […]