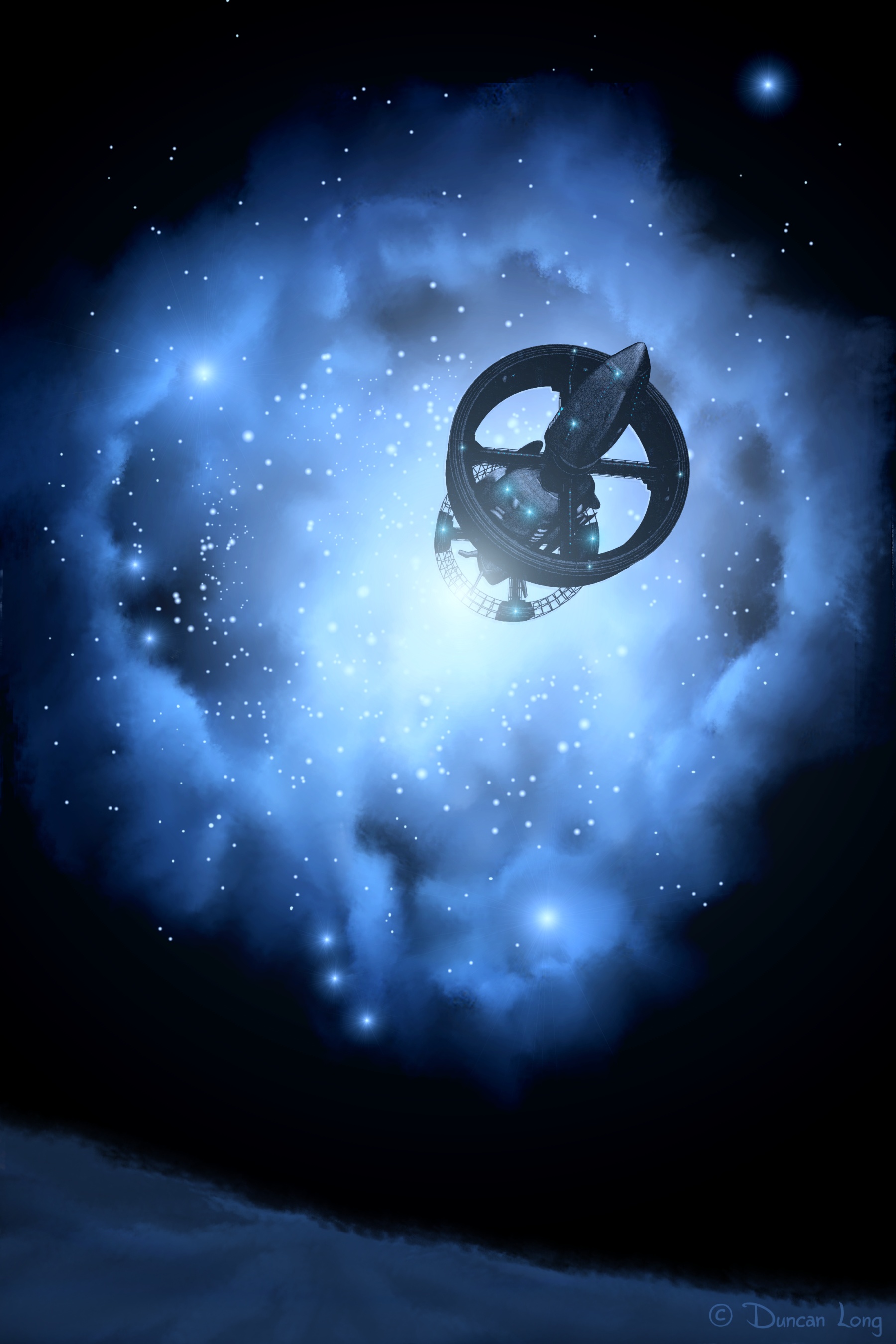 Old-timers and historians of science fiction typically identify Robert A. Heinlein’s “Universe” as the first generation starship story and A. E. Van Vogt’s “Far Centaurus” as the first story where, during the long voyage, technology on Earth spurted ahead and by the time the final generation reached their new home, it had already been colonized by Earth using infinitely faster ships. Those who believe this, however, are wrong. The first generation starship story, which also included the breakthrough notion of Earth developing faster than light ships that beat the g. s. to its destination, appeared in the October 1940 issue of Amazing Stories. Heinlein’s “Universe,” on the other hand, was first published seven months later in the May 1941 issue of Astounding Science Fiction; while Van Vogt’s “Far Centaurus” did not reach the newsstand until three years later when it appeared in the January 1944 Astounding.

This mistake in accreditation is easy to understand, when you consider that by the late 1930s Astounding had leapt far into the lead among science fiction magazines and Amazing had fallen so far behind, that every self-respecting, science fiction fan was reading the former, while the latter was almost universally, and unfairly, shunned. At first Astounding had been a blood and thunder adventure magazine with the thinnest veneer of science, but when a new editor, F. Orlin Tremaine, took over, in just half a year, according to Isaac Asimov in Before the Golden Age, “Astounding Stories took a clear lead over Amazing. Astounding Stories had the best stories, the most interesting artwork, the liveliest letters column. …After five years of allegiance to Amazing Stories as the best of the magazines, I switched instantly and massively to Astounding Stories and so did nearly everyone else. Beginning in early 1934, Astounding Stories became the dominating magazine in science fiction and has remained so, through a couple of changes in name, a couple of changes in editor, and many changes in competition, for forty years.”

Why did fans abandon Amazing Stories, their long-time favorite and the first of all science magazines, for Astounding? The fact is Astounding and fandom were both seeking an adult, competently written kind of science fiction, which with the advent of Heinlein, Asimov, del rey, Raymond F. Jones and others, they would soon have. Gernsback had been a youthful, visionary forty-two when he launched Amazing Stories. T. O’Conor Sloane, who was appointed Amazing’s editor-in-chief when Gernsback lost the magazine due to financial difficulties (some say do to an unsustainable standard of living), Sloane was eighty years old, a staid and conservative professor of electrical engineering at Seaton Hall University with four degrees including a Ph.D. and LL.D; a thinker, moreover, who had proved mathematically that the acceleration needed to travel to other worlds was scientifically impossible and the author of such tomes as The Standard Electrical Dictionary, Arithmetic of Electricity, and Liquid Air and the Liquefaction of Gases. The stories he selected for Amazing were about as boring and undistinguished as you might imagine and the few memorable stories he published were submitted out of the blue or by writers who had been developed by Gernsback. Fans may have hoped for an upgrade, when Amazing Stories was sold a second time, in 1938, to the venerable Ziff-Davis publishing company, but imagine their disappointment when the new editor, the twenty-eight year-old Raymond A. Palmer announced, that far from raising Amazing’s standards toward the rarified heights of Astounding, he was taking a distinctly juvenile slant, aiming at readers who had out-grown comic books but were not yet ready for anything so sophisticated as Astounding had become. As a result, most self-respecting older fans or later historians turned their noses up at Amazing Stories (although discerning young and up and coming fans, like Robert Silverberg and Terry Carr, wrote paeans of praise for the magazine during the Palmer years) thus missing hundreds of stories that would not have disgraced the hallowed pages of Astounding. Such as the landmark, and “first of”, which follows.
Jean Marie Stine
2014

Artwork Copyright © 2014 by Duncan Long.  All Rights Reserved
Other fine classics can be found at FuturesPastEdition