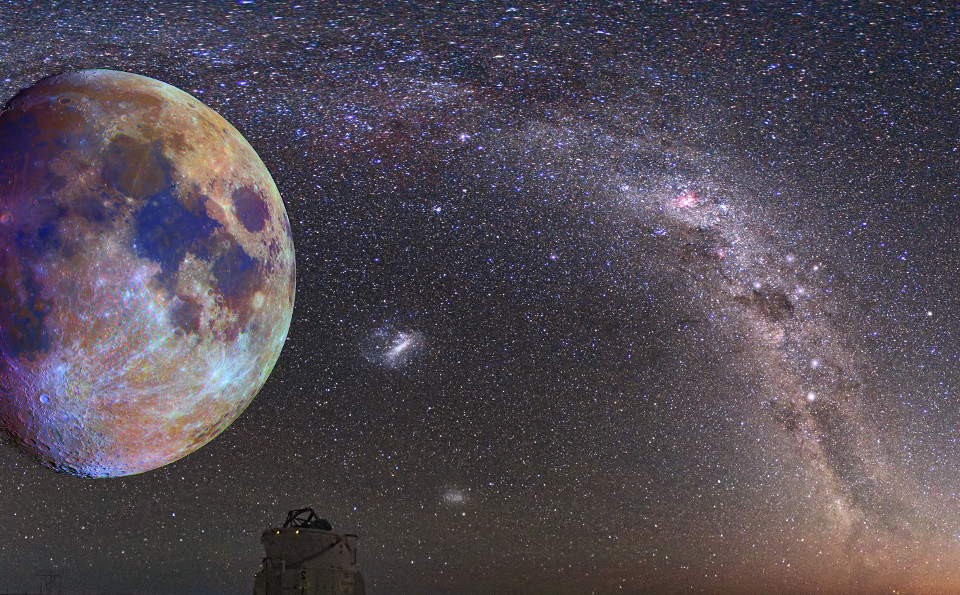 Exploration has become an integral part of modern American culture. From the journeys of early travelers across the continent to the first men to walk on the moon, the glory of discovery has become mythologized within our society. This accounted in part for the sense of loss that many people felt when NASA and other government agencies announced cutbacks to our space program. Space is the one remaining frontier that remains largely unexplored, distant and yet familiar to anyone who’s ever spent a night staring up at the stars.

Did the loss of government funding destroy the nation’s dreaming? No. Instead, new horizons have opened up as private industry has stepped into the void left behind. It remains to be seen how this will change the nature of space exploration as it has existed for years. Opening the field to a number of interests is just the start of an exciting era in human history.

Where will we go from here? The answers may be found in where private industry has chosen to begin. Several companies like SpaceX have already created Suborbital Reusable Vehicles (SRVs) designed to carry humans and cargo into space. Many of these private interests are already transporting cargo to the International Space Station. This, however, is only the beginning.

Reaching for the Moon

NASA once planned to relaunch another mission to the moon in the form of the Constellation program, hoping to coordinate manned missions with lunar bases so that astronauts could stay on the surface for longer periods of time. Although the program was shelved in 2010 as NASA funds diverted to other projects, the moon remains a fascination for many companies investing in spaceflight.

Virgin Galactic is actively planning a flight to take place in the later half of 2014. The company is so confident of their abilities to pull off this venture that contracts have been signed with NBCUniversal to televise their first endeavor with Sir Richard Branson and his two children Holly and Sam on board. The first private passengers to travel to space, they will do so aboard SpaceShipTwo from New Mexico.

SpaceShipTwo has already completed multiple subsonic flights and potential passengers can sign up for its maiden voyages. The price? A cool $250,000. That ticket might sound steep but over 630 people have plunked down almost $80 million in deposits for a chance at commercial spaceflight. After the initial journeys have begun, Virgin Galactic hopes to develop a line of cruise ships that could open the way for scenic jaunts to the moon. While this is dependent on the success both of technology and of lowering the cost to the consumer, Virgin is confident that one day we will see a new tourist industry emerge.

Though it is the one of the best-known businesses to open the doors to spaceflight, Virgin Galactic is by no means the only company planning to launch this year. XCOR Aerospace is offering suborbital flights between $95,000 and $100,000. Other would-be space airlines include Armadillo Aerospace, UP Aerospace, Masten Space System, and Blue Origin (founded by Amazon’s Jeff Bezos). Of course, Virgin Galactic’s high-profile first flights may give individuals the chance to rub elbows with the Jolie-Pitts, Stephen Hawking, and Ashton Kutcher, all of whom have reportedly purchased tickets for their early voyages.

Not all celebrities are anxious to be a part of the journey. When offered a free flight by an unnamed commercial suborbital spaceflight company in 2013, former astronaut and moonwalker Buzz Aldrin declined. “Besides,” he added, “I’ve been there before.”

While the race to develop spaceflight is on, other companies are investing in a different aspect of travel: where future spacewalkers will stay when they get there. Bigelow Aerospace has set its mission to design affordable space habitats for both commercial clients and national space agencies. These habitats use an inflatable design partially inspired by NASA’s TransHab, originally designed for use on Mars or the Moon. In 2013, NASA contracted one of Bigelow’s modules, the Bigelow Expandable Activity Module (BEAM), for use on the International Space Station. Other unmanned stations have also been placed in orbit by the company.

Efforts to create habitats aren’t the only goal on Bigelow’s agenda. The aerospace company has been pressing the United States government for policy review of lunar property rights. Though there are no present plans to establish a lunar base from Bigelow, it is a long-term goal for the company. A report created by Bigelow last year on commercial lunar architectures states that “without property rights, any plan to engage the private sector in long-term beyond LEO activities will ultimately fail.”

Is this true? There are many factors to consider in opening the door to granting lunar property rights, among them the question of international relations. Who, after all, has the rights to the Moon? Does the United States need to colonize moons and other planets to establish a hold on what industries and practices can be conducted in other parts of the universe? Should that be an effort spearheaded not by governments but by private interests? These are all questions that policymakers are grappling with as more corporations become involved with planning future offworld ventures.

Many exploration missions have been based around the desire to tap natural resources and this newest race for space is no different. Although media has focused more on spaceflight, the effect of asteroid mining on future lives is just as great—or greater—as the ability to visit other planets. Companies like Planetary Resources and Deep Space Industries plan to revolutionize mining by applying knowledge used on Earth to dead rocks in space. Deep Space Industries is beginning its work by examining resources that can be transported not to Earth but to space stations and other suborbital habitats. This will cut down the costs of bringing materials from our own planet, making deep space construction more efficient.

Deep Space has also made a number of suggestions to NASA for improvement of the agency’s own programs, including the use of low-cost robotic scouts to photograph and collect data about asteroid targets. The company also suggests that the responsibility for delivering asteroid material to Earth should fall into commercial hands with government agencies as customers along with industrial users.

Planetary Resources is also looking toward asteroid mining as a way of increasing resources available to people here on Earth. The group estimates that even smaller asteroids have the potential to contain more reserves of platinum metals or iron ore than what is easily obtainable on our own planet. Costs and technical hurdles currently make bringing these resources to Earth not feasible but early efforts will make it easier to enable space travel.

Education is another side effect of Planetary Resources’ interest in mining asteroids. In July of 2013, the mining company completed its crowdfunding effort to build ARKYD, the world’s first public space telescope. With over $1.5 million raised through Kickstarter, this technology will enable supporters to take photographs and actively join in research and exploration using the tool.

ARKYD isn’t the only resource that the public has funded in this new world of private exploration. Other companies have reached out to ask for individual donations and sponsorships from everyday Americans rather than simply relying on the funding from larger corporations or private funders. The Golden Spike Company’s goals are to achieve affordable human expeditions to the Moon—it has already launched an Indiegogo campaign toward this end and accepts PayPal donations on their website. They also plan to monetize expeditions through media rights and merchandising.

The Mars One Foundation is aiming their sights farther than the Moon. Its goal is to establish permanent life on Mars and in December 2013, the group established an Indiegogo campaign to help citizens get there. The intent of this action was to raise enough money to support the creation of a demonstration mission along with a private lander and communications satellite. This 2018 mission is the first planned to prepare for the first human landing by a Mars One crew in 2025. The campaign closed with 78% funding or $313,744 but the company is not relying on these funds alone to achieve their goals. The project continues to move forward.

Crowdfunding is seen by both Golden Spike and Mars One as a means not only of providing needed financial resources to achieve space goals but also a way to engage the public. Can space exploration thrive if Americans lose the desire to dream about other planets? The media attention generated by opening participation in these ventures gives everyone a chance to feel part of this movement, even if the immediate price tag is too high for many to purchase a ticket on a suborbital flight.

Where do we go from here?

There are many more advances planned in private industry where spaceflight is concerned. It will not be an easy journey—there are technological hurdles, financial burdens and political struggles ahead as well as other challenges that are yet to be discovered. These pioneers in space industry have an enormous task ahead but one that presents immeasurable reward, not only in terms of financial profit but for scientific knowledge and society itself.

As technology changes and adapts, what currently seems impossible will shortly be commonplace just as it was to those who came before us. With the involvement of private interests in space, the likelihood that we will have the opportunity to leave the planet increases. Multiple companies seeking to achieve these goals can ultimately result in lower costs and higher innovation, thus opening space exploration to everyone.

As long as our society holds onto our fascination with other planets and distant stars, the dreams of today will become the realities of tomorrow. It remains to us to keep those dreams alive.