“The Alien Adoption Agency has selected her to adopt adorable baby Rio. And baby Rio comes with Rexx, a handsome Invicta warrior guard…” start your weekend with some steamy adventures! 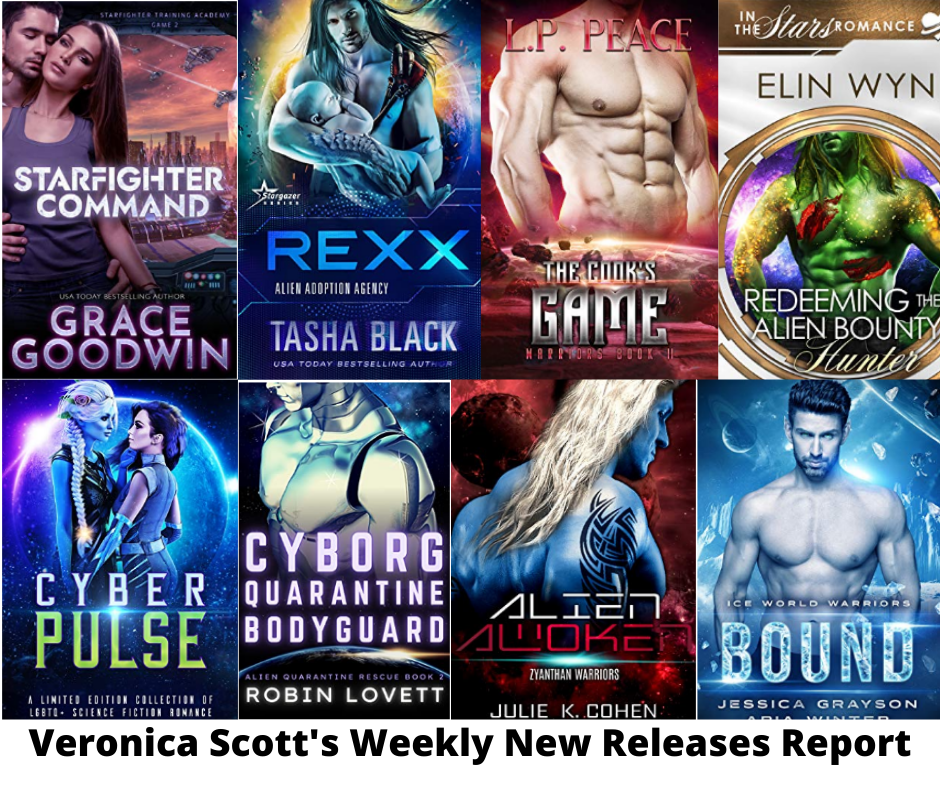 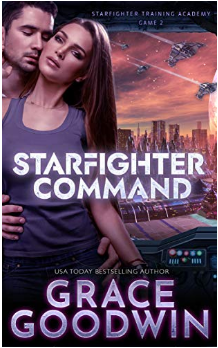 I spend so many hours playing that I dream about dangerous missions on other worlds…and my gorgeous, in-game training partner, Kassius. That is, until I win. I beat the Starfighter Training Academy. But is it a game? Or alien software designed to recruit new, unsuspecting soldiers for a war in another star system? Because when my hot as heck alien shows up at my workplace demanding I leave Earth and travel to the Vega system? What? When he informs me it’s my duty to fight Queen Raya and the Dark Fleet? Claims he wants me as much as I’ve craved him? Let’s just say things get crazy. Facing the truth is never easy, but when I arrive at the Elite Starfighter base I learn that Kassius cheated the system, hacked into the game, and lied to everyone on two worlds to make me his. Now who’s obsessed? 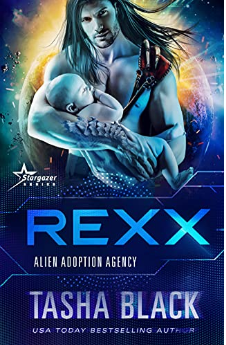 Abigail Shaw can’t believe her good luck. The Alien Adoption Agency has selected her to adopt adorable baby Rio. And baby Rio comes with Rexx, a handsome Invicta warrior guard, whose dark eyes seduce Abigail before he even opens his mouth. When he offers her his mate bond, she thinks things can’t get any better. She’s finally going to have a family of her own. And they’re getting a free ride on the famous Iron Peregrine express train to their new home.     Rexx is a proud dragon warrior of the Invicta, who has spent so many years laser focused on his military career that he’s forgotten how to live in the outside world. But when he meets kind-hearted Abigail, his dragon goes wild. It takes everything he has to restrain himself from claiming her instantly. Together, they’re ready to take on the frontier moon of Lachesis. But there’s something happening on the cross-moon train they’re taking to get home. They’ve barely boarded the Iron Peregrine when they’re faced with a mysterious locked car, a criminally dangerous passenger, unexplained noises in the night, and a missing person. And then things get really bad…Will Abigail and Rexx find a way to make it home safely with baby Rio? And if Rexx does what has to be done, will Abigail still want to be his mate? Or will that train have left the station?

The English translation of Norwegian author Maja Lunde’s sophomore novel, The End of the Ocean, is released as massive fires sweep Australia, destroying communities and ecosystems in their wake, and pumping 400 million tons of carbon into the atmosphere.