Some of SFR’s most appealing couples

Note: This post first appeared in the Roswell Daily Record. 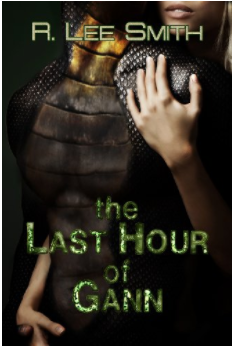 February is the month of romance (although as a scifi romance author, I believe in hearts, flowers and Happy Ever Afters year round) so I decided to ask my friends in the Science Fiction Romance Brigade to list their favorite SFR couples. The Brigade is made up primarily of authors but of course we’re all voracious readers, and we have bloggers, readers and reviewers in our ranks as well. The resulting set of recommendations can serve as suggestions for adding to your To Be Read list!

So who do scifi romance authors turn to when they want to read romance?

Somewhat to my surprise, the couple mentioned most often was Amber and Meoraq from The Last Hour of Gann by R. Lee Smith. As author Regine Abel said, “They couldn’t be more different as a human female and a lizardman alien. They don’t speak the same language, their cultures have nothing in common, and they don’t even find each other attractive. And yet, through adversity, they first develop respect, a loyal friendship, and then love.”

A number of other couples came in for multiple mentions and I’ll list them in no certain order.

Dav and Rose from Dark Horse by Michelle Diener. This is a classic SFR novel and one I often recommend to people who want to start reading books in the genre. It’s a favorite of mine and as author Pauline B. Jones said, “I really loved how the relationship developed as they both learned to trust their hearts.” Nothing came easily for this couple in their very unique situation and trust is such a key component of a solid relationship. 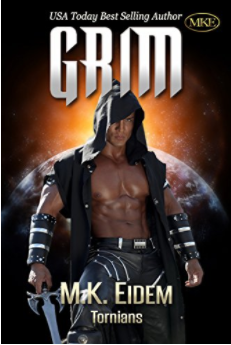 Grim and Lisa in Grim (Tornians Book 1) by M. K. Eidem.  This is another book I love and have reread more than once. I wanted Lisa for a best friend! Here’s how Regine Abel explained the power of Grim for her: “That book not only made me fall in love with SFR but also made me want to start writing it as well. I’m a sucker for the beauty and the beast trope and a tormented hero plagued by low self-esteem fueled by his society’s narrow views on beauty and valor. Lisa was the perfect heroine for him. She was smart, strong, loyal, a devoted mother and mate who stood by her man through thick and thin.”

Captain Tasha and cyborg Admiral Kel-Paten in Linnea Sinclair’s classic Games of Command came in for accolades. Author Greta van der Rol explains: “I love the way he bumbles through trying to win his lady while she tries to avoid falling in love. And that scene where the admiral finally loses his virginity is the absolute best.”

Various romantic couples from Ruby Dixon’s long running Ice Planet Barbarians (and the follow-on Ice Home) series were listed.  Georgie and Vektal in book one of the series and Ariana and Zolaya in book 18 Barbarian’s Beloved (a huge favorite of mine) are especially memorable. As author Marine Simcoe says of the series starter: “It was my introduction to SFR and you never forget your first…she’s so good at changing it up in every book.” I have to agree that Ms. Dixon brings something different to every couple she writes, which makes for good reading.

Author Gemma Voss and others had a third Ice Planet couple as a favorite: “Josie and Haeden from (Barbarian’s Mate)! I love a slow angsty burn, and I love when characters are flawed like real people. She’s super stubborn. He’s a super moody sad-boy. But then they fall in love and heal each other. SO GOOD. And hello, it has that hate-to-love tropey goodness.” 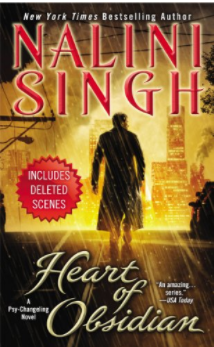 No list of romantic heroes and heroines would be complete without mentioning Nalini Singh and my SFRB friends gave ample credit to her Psy/Changeling series.  Author Carol Van Natta picked Kaleb and Sahara in Heart of Obsidian with this remark: “Singh spent the eleven previous books setting up Kaleb as the most dangerous man in the world, and Sahara proved to be the best, most unexpectedly perfect match.” Author Michelle Howard adds: “The best part of their romance is also seeing glimpses of how it’s growing and how it’s changed Kaleb (reluctantly lol).” My personal favorite couple in the entire series and the follow-on series is Vasic the Arrow and Ivy the empath, as depicted in Shield of Winter. Vasic is so deadly and so damaged, yet Ivy and her dog manage to reach his heart and free him to fall in love. I’m also very partial to Judd and Brenna in Caressed by Ice.

Interstellar spy Delilah (known as Doc) and alien warlord Helfron (known as Hel) from Girl Gone Nova by Pauline Baird Jones are the couple several respondents suggested as memorable and romantic. Reader Gill Kerry put it best when she said: “As soon as Doc walks onto the page, you get a shiver.”

Other couples remembered with enthusiasm for their scifi romance were:

Lara and Ronin in Tiffany Roberts’ Dustwalker. Reader/reviewer Riley Moreland says:  “These two characters both appeal to me as intelligent beings stuck in a horrible setting. Living in a world that is cruel and unmerciful, Lara and Ronin are able to find the precious individual moments that make the rest unimportant.” I would agree that this is a very distinctive book.

Arokh and Angie from Amanda Milo’s Stolen By An Alien. Author Alix Nichols felt that: “Angie is hilarious. Arokh is very big, very strong, and very kind (sooooo my type!). And the chemistry is off the charts.”

Irish billionaire Roarke and NYC police detective Eve from J. D. Robb’s ‘near future’ In Death series. Robb is also Nora Roberts and the series is going strong with book 53 released this month.

Kit and Emil in Edge of Nowhere by Felicia Davin. This couple started the book as such total opposites I really wondered how they’d ever get together (and if they even should try) but by the end of the book it all worked and I was totally hooked.

Tosh and Alzan in Poppy Rhys’s Incuabri (The Women of Dor Nye Book 5), of which Regine Abel says : “She’s a tough little lady who learns to see beyond Alzan’s terrifying appearance and discovers the almost timid sweetheart he is deep down. Alzan was so adorable for such a badass ‘monster.”

Magnus and Aurora in Adria Rose’s Spacer Cinderella because as avid reader Brenna Pritchard-Loznak says, “Their chemistry is off the charts, and the author really builds up their love story. The attraction is there from the outset, but the story helps them get to know each other and fall in love. Really lovely book.” 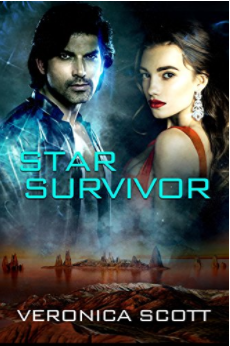 And I was honored to see my own Aydarr and Jill from the Badari Warrior series mentioned (Aydarr is book one), as well as Twilka and Khevan from Star Survivor. (Their story starts in Wreck of the Nebula Dream.)

Wishing you happy reading and romance!